Vital Signs: Once were Kiwis. The hidden history of Australia's own well-being framework

Australia's treasury adopted a well-being framework well before New Zealand's much celebrated "well-being budget". Here's what happened to it. 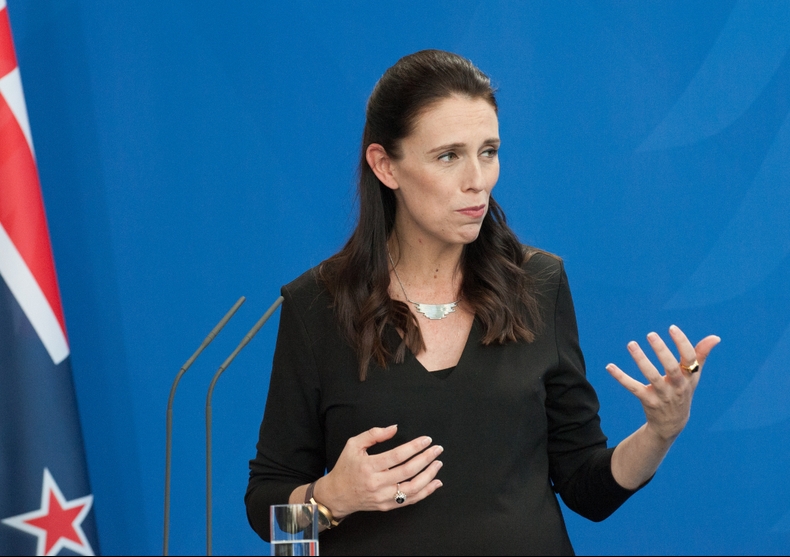 Amid all the fanfare around New Zealand’s so-called “well-being budget”, you would be forgiven for thinking our neighbour to the east had revolutionised its priorities and how to measure them.

Let’s recap. During the midst of Australia’s federal election campaign in late May, New Zealand Prime Minister Jacinda Ardern unveiled a budget framework in which spending on measures to tackle things such as mental health, domestic violence, homelessness and addiction would be treated as an investment.

Each of those would be goals in their own right, in addition to the usual goal of growth in gross domestic product.

In truth, the idea isn’t exactly new, and for years Australia’s treasury was among those leading the way.

For decades Australia’s treasury has put these words at the heart of its mission statement:

to improve the well-being of the Australian people

In the decade leading up to 2016 they were accompanied by five specific yardsticks that constituted a little-publicised well-being framework.

The wording varied over time, but encompassed:

They were yardsticks that forced the treasury to consider access to resources as well as the amount of resources. They required it to consider sustainability as well as growth.

Then Prime Minister Tony Abbott’s appointee as treasury secretary John Fraser ditched it. As he told a 2016 Senate hearing, he wrote a different corporate plan “between 6 and 8.30 one night as I was waiting to go out to dinner”.

In his view all that really mattered was jobs and growth. “We are talking about living standards,” he said. “And if living standards are not about well-being, then I do not know what is.”

Fraser told the Senate he had never known anyone to use the well-being framework since he had returned to the treasury from two decades in investment banking, and that it wasn’t much use unless it was used.

He might have been right. The treasury exists to serve the government of the day. It’s all very well having an internal framework to assess policy proposals, but if there government won’t embrace it, there’s little point.

The idea that gross domestic product doesn’t measure everything we can and should care about goes back to debates among economists and philosophers in the 18th and 19th centuries.

In the 18th century, English philosopher Jeremy Bentham proposed a “hedonic interpretation of utility” that was essentially based on pleasure and it’s opposite, pain:

Nature has placed mankind under the governance of two sovereign masters, pain and pleasure. It is for them alone to point out what we ought to do, as well as to determine what we shall do. On the one hand the standard of right and wrong, on the other the chain of causes and effects, are fastened to their throne. They govern us in all we do, in all we say, in all we think: every effort we can make to throw off our subjection, will serve but to demonstrate and confirm it.

Naturally he and his contemporaries were were a little vague about how to measure pleasure and pain. And as Australia’s treasury acknowledged up until 2016, there’s more to well-being than pleasure and pain anyway. Among other things, there’s also freedom.

In 2008 French President Nicholas Sarkozy set up a “Commission on the Measurement of Economic Performance and Social Progress” to advise him on broader measures. One of its members was Nobel Prizewinner Amartya Sen, whose work was referenced in Australia’s well-being framework.

In 2010 Britain’s Conservative prime minister Prime Minister David Cameron declared that it was time Britain focused not just on GDP but on GWB – “general wellbeing”.

No well-trained economist I know thinks GDP is a perfect measure of societal health. It’s both under-inclusive in that it fails to account for non-market production such as takes place within a household, including childcare and the production of breastmilk, and over-inclusive in that it treats pollution, carbon emissions and things such as infant formula as good even if their effects are bad.

But one thing that GDP has going for it is that it can measure well-being based on the choices people actually make. If someone is willing to pay A$4.50 for a latte from a certain coffee shop, that tells us something about what that latte does to their well-being.

Using this so-called “revealed preference approach” we can work out what matters to people based on what they do. Aggregating it up – 300 lattes, 211 bananas, two Teslas, and one partridge in pear tree and so on – should give us a good idea of how we are all going.

Except that some things don’t get counted, and, as Ardern points out, some things we do, such as overusing alcohol and drugs, we might be better off not doing.

Ardern’s well-being budget is unfinished, but it’s a move in the right direction.

Human capital in the form of education, the environment, mental health and social capital are worth measuring and investing in.

Here at UNSW, Rosalind Dixon and I have produced a framework for measuring social investments as part of the Grand Challenge on Inequality.

Across the Tasman, Ardern’s predecessor from the other side of politics Bill English prepared the way introducing social impact bonds that paid investors a return based on social outcomes.

Ardern is in good company. She has stolen a march on Australia.