Rate cuts might hurt, as well as help. What if this man didn't need to do as much?

By himself, Reserve Bank Governor Philip Lowe may not be able to keep Australia out of recession. 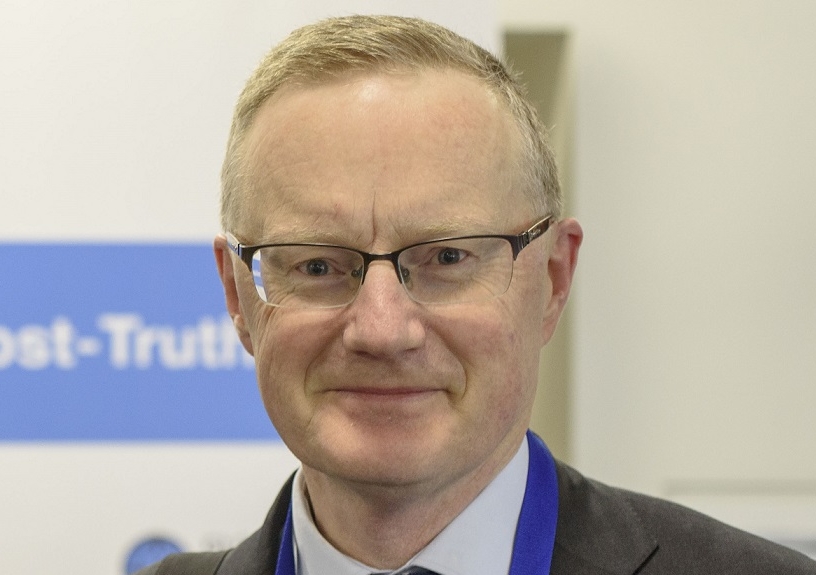 The Reserve Bank has cut its cash rate to 1% and some predict more cuts by the end of the year, perhaps to 0.5%.

It’s understandable. Economic growth is under-performing; prices and wages are scarcely growing; and for three quarters now the economy has been in what might be called a per-capita recession (the economy is not growing as fast as the population).

In the central banker cookbook there’s a note in red next to this description. It reads: “cut interest rates.”

But the Reserve Bank’s cash rate was already close to zero, at 1.25%. What if the needed cut is 2 or 3 percentage points?

First, it will ease the mortgage burden on households, freeing up money for spending and making it easier for them to borrow. This may help sustaining house prices and reigniting the construction boom.

The problem with the first channel is that more borrowing builds up debt. But Australian households are already among the most indebted in the world, with private debt worth twice what the whole economy can produce in an entire year, so more debt may leave Australians even more exposed if things turn down and they lose their job. The Irish economy collapsed when that happened during the global financial crisis.

The problem with the second channel is that it makes it harder to import. Bear with me.

When I arrived in this sunny country in 2011, my colleagues and friends were always talking of the transition out of the mining and construction economy.

In few words, the story goes like this: the Australian economy boomed when East Asia started demanding our iron and coal. When that slowed down, the economy stayed afloat, because mining workers transferred to the cities to build new residential neighbourhoods for the growing population. By the time that ends we will have built a strong service economy–strong enough to take the place of construction.

But this transition hasn’t really happened, perhaps in part because of low interest rates.

Unlike mining, services need to import most of their inputs and compete on a global market for workers. A weaker dollar increases their costs.

And unlike construction, they are not particularly capital intensive. So low interest rates don’t much help them.

The services industries that are our future would be better off if it the Reserve Bank didn’t need to try so hard – there is a lot the government can do.

The services sector needs investments in the sort of infrastructure that would make our global cities attractive to live in.

It also needs reforms to make our services more competitive at home, perhaps by disturbing the distribution duopoly or by making the big four banks compete harder for customers. As well, the government has a role in absorbing (directly and indirectly) some of the workforce that inevitably will lose out when the mining and construction sectors contract.

At best, the Reserve Bank is buying time for the government. Alone it probably can’t avoid a recession forever.