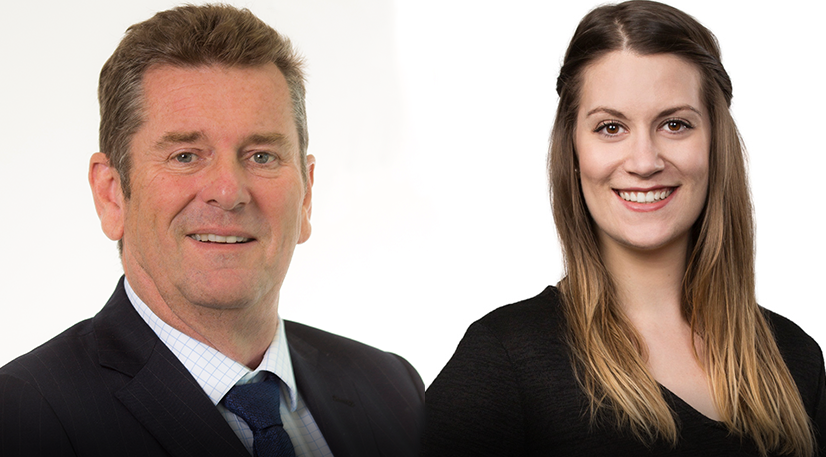 An Adjunct Professor and an alumna from the UNSW Faculty of Built Environment have been recognised at the Planning Institute of Australia National Awards for Planning Excellence.

The judges’ citation said Mr Roberts has been a champion for planning for many years in his professional life, in academia, and in his important role with the Greater Sydney Commission.

“Moving from a mentoring role at the University of New South Wales where he helped to restructure the Bachelor of City Planning, Geoff was appointed as the Deputy Chief Commissioner to advocate for and enable good planning outcomes in Western Sydney,” the citation said. “He has championed the ‘three cities’ vision, which forms the foundation for the Greater Sydney Region Plan and the Future Transport Strategy and State Infrastructure Strategy, all aligned and released simultaneously.”

UNSW Built Environment alumna Kathryn Weaver was commended in the Outstanding Student Project category for her project Walking with Women: A Female Review of Safety in the Sydney Commercial District.

Ms Weaver says the catalyst for her research was a joint study undertaken by Plan First International and ‘Our Watch’ in 2016 which highlighted that women very often experienced fear for their level of safety, both real and perceived, in urban public spaces.

The study reported that “to combat this, they have developed self-restrictive behaviours that often mean they forgo independent and free use of these areas”.

Ms Weaver hypothesized that this lack of connection can be partly attributed to a failure of the NSW Crime Prevention through Environmental Design Policy (CPTED) to reflect its founding design theory and provide for urban spaces that address the spatial needs of all sectors of the population.

Ms Weaver’s research was informed by both primary and secondary qualitative research which included a Focus Group, a Group Safety Audit and interviews conducted with two female CPTED, sustainability and urban space management professionals to determine women’s responses to safety and physical features of public spaces in the Sydney CBD.

The judges’ citation said: “Emerging in the 1970s, CPTED has influenced urban planning and architectural design thinking for nearly five decades, yet Weaver provides a sound argument that its application has not adequately addressed both real and perceived levels of fear that women experience in engaging urban spaces”.

Ms Weaver’s groundbreaking research “has the potential to evolve CPTED theory and improve use of public spaces by women both in Sydney and nationally,” the citation said.

The alumna said she was thrilled to be awarded a commendation.

“Having my work recognized on a national level will hopefully assist in advocating for the spatial needs of specific social groups, particularly women,” she said.

The awards were announced on the Gold Coast in May.