Why developing nuclear weapons is an unrealistic option for Australia

Developing nuclear weapons requires technological and industrial capabilities that Australia simply does not have at the moment. The political will may be lacking, too. 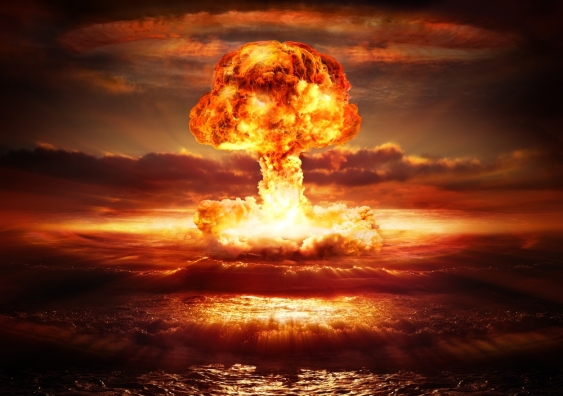 In his latest book, strategist and defence analyst Hugh White has gone nuclear, triggering a debate about whether Australia should develop and maintain its own nuclear arsenal.

But developing and sustaining modern nuclear weapons requires a certain combination of technologies and industries that Australia simply does not have. In fact, it may be safely estimated on the basis of approval and construction times for nuclear power reactors in other western countries that it would take some 20 years to establish such capabilities in the present legal and economic environment.

Tony asks Hugh White: "If Australia did have nuclear weapons, what would the targets be?" #QandA pic.twitter.com/KCaCkO1sE4

White argues quite rightly that China may eventually overtake the US in terms of its industrial production and military reach. Speculating that this could entail a strategic withdrawal of the US from the western Pacific, he suggests Australia might find itself without the American defence umbrella to deter Chinese influence, or worse.

But Australia would struggle to replace its long and successful alliance with the US with a limited nuclear deterrence capability. Even ignoring the issues generally involved in adopting new defence capabilities – evident in the many problems hindering Australia’s efforts to replace its ageing submarine fleet – the idea is fanciful given our current stance on nuclear energy.

Nuclear power reactors, uranium enrichment plants, missile technology and high-tech electronics manufacturing would all be essential to support truly independent efforts to develop a compact nuclear weapon that could be delivered by missile from a submarine and kept in a permanent state of readiness.

Neither power reactors nor enrichment facilities exist in Australia today, despite some pioneering research in both areas in the past.

Australia’s missile development and high-tech electronics sectors, meanwhile, are in catch-up mode or in their infancy due to years of economic reliance on mining, tourism and services. Advancing and establishing nuclear industries for the sole purpose of developing a nuclear weapons program would neither be practically nor economically viable.

Political will for nuclear energy?

The only way such industries could be developed realistically would be if Australia added nuclear power to its suite of power generation technologies.

Of course, Australia has large uranium deposits and a well-established uranium mining and export industry. And there appears to be increasing public support for nuclear power. A recent survey found that 44% of Australians support nuclear power plants, up four points since the question was last asked in 2015. Other polls indicate support might even be higher.

A well-developed nuclear power industry would eventually give Australia almost all the necessary technologies, personnel and materials to make and maintain a nuclear weapon. This includes, in particular, the ability to enrich uranium and breed plutonium.

But herein lies the problem. Even if the public did eventually support a nuclear energy program, it remains unclear whether the necessary political will would be there.

Legally, the Howard government banned domestic nuclear power plants in the late 1990s – an act that would now need to be overturned by parliament.

In 2006, the federal government commissioned an inquiry led by Ziggy Switkowski into the future feasibility of nuclear power generation in Australia. The final report found that nuclear energy would be 20-50% more expensive than coal without carbon pricing. It also said a nuclear power industry would take between 10 and 15 years to establish. 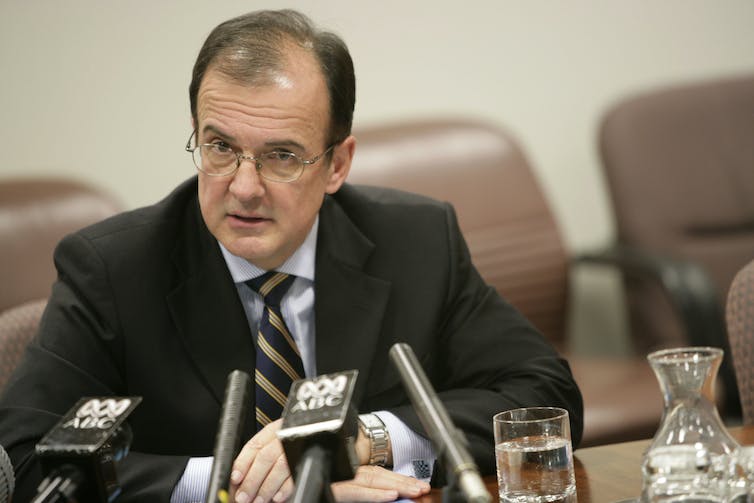 Ziggy Switkowski, a former nuclear physicist, was chosen by the Howard government to lead the inquiry into nuclear energy in Australia. Glenn Hunt/AAP

Recently, Energy Minister Angus Taylor said the Morrison government was open to reversing the country’s nuclear energy ban, but only if there was a “clear business case” to do so. With the current widespread availability of cheaper, renewable energies in Australia, this makes the economics of nuclear power generation less convincing.

Lastly, in order to ensure true self-reliance, a delivery option for a nuclear weapon would have to be developed without purchasing technologies from other countries, such as the US. This would be incredibly costly and difficult to do.

When it comes to this sort of missile technology and high-tech electronics manufacturing, Australia is currently not leading in research and development.

Our own nuclear weapons? That's the exact opposite of what we should do - Sue Wareham in @canberratimes #nuclearban https://t.co/X8TtJLML8G pic.twitter.com/Dc6hlY1Egy

Even though Australia is not in a position to contemplate nuclear weapons due to its technological and industrial limitations, there are moral arguments against pursuing such a goal that should be considered carefully.

The country has been at the forefront of the international non-proliferation movement, ratifying both the UN Treaty on the Non-Proliferation of Nuclear Weapons in 1973 and the Nuclear Test Ban Treaty in 1998.

A 2018 poll also showed that 78.9% of Australians supported joining the UN Treaty on the Prohibition of Nuclear Weapons, while only 7.7% were opposed.

Australians should remind themselves that these treaties have greatly contributed to peace and security in the world. Abandoning such longstanding principles of its foreign policy, which are aimed at creating a better, more peaceful world, would be an implosion of Australian character of massive proportions.