After 119 years, NSW is set to decriminalise abortion. Why has reform taken so long?

Although abortions have been legally performed in NSW for years, doctors have long called for greater clarity in the law in regard to the possible criminality of their actions. 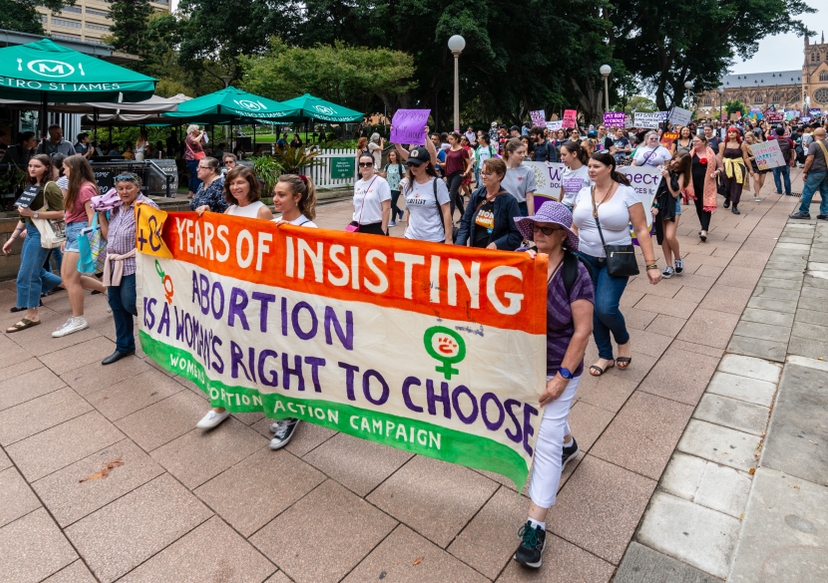 A bill to decriminalise abortion in NSW has been delayed by conservative MPs who reportedly want more time to consider the legislation. Debate is now set to start in the lower house next week.

Still, the Reproductive Health Care Reform Bill 2019, to be introduced by independent MP Alex Greenwich, has widespread support in the Legislative Assembly and looks likely to pass. It also has the support of Health Minister Brad Hazzard, who is one of its 15 co-sponsors, as well as Premier Gladys Berejiklian.

The bill primarily seeks to remove three sections of the NSW Crimes Act that criminalise “unlawfully” attempting to procure an abortion by administering drugs or using instruments or other means. The woman seeking an abortion can be prosecuted under the law, as can anyone who unlawfully performs an abortion or supplies the drugs or instruments that could be used for an abortion.

These sections were incorporated in the NSW Crimes Act in 1900, using the wording of the UK Offences against the Person Act 1861. Similar provisions formed the basis of anti-abortion laws across Australia. Today, only NSW and South Australia still have these provisions on the books.

Key interpretation of the law

Despite these laws, abortions are routinely conducted in NSW on much the same terms as other Australian states. However, it is difficult to estimate how many are performed every year because only South Australia collects and publishes comprehensive data.

Given the frequency of the procedure, and generally broad access to abortions covered in part by Medicare, it is perhaps not surprising that more than 70% of people in NSW are unaware that these provisions remain in the criminal law.

The law seems restrictive on its face, but since 1971, prosecutions have been rare. This is due to a ruling by Judge Aaron Levine in NSW District Court who drew attention to the fact that abortion itself is not a crime in the NSW act, and that only unlawfully performed actions are punishable.

The inclusion of the word “unlawfully” means that actions to procure an abortion may be undertaken lawfully, and not every attempt to perform an abortion is criminal.

It would be for the jury to decide whether there existed in the case of each woman any economic, social or medical ground or reason which in their view could constitute reasonable grounds upon which an accused could honestly and reasonably believe there would result a serious danger to her physical or mental health.

This lawfulness test is further reinforced in the NSW Ministry of Health’s policy framework for terminations in public health organisations.

Levine’s ruling is an example of fine legal reasoning, but such distinctions have not found favour with doctors, who have long called for greater clarity in regard to the possible criminality of their actions.

As Greenwich noted this week,

our bill ensures that women will have access to safe and legal abortions and ensures that doctors have the legal clarity that they have long sought.

And in supporting the bill, the Australian Medical Association said it would remove the “stigma and legal uncertainty” around the performance of abortions.

It is noteworthy that although there have been very few prosecutions under the act since 1971, nearly all have involved the legality of the actions of doctors. In 2017, a Sydney woman was convicted of administering misoprostol to herself in an attempt to end her pregnancy at 28 weeks.

Greenwich’s bill follows the passage of roughly similar reform bills in the ACT (2002), Victoria (2008), Western Australia (2011), Tasmania (2013), the Northern Territory (2017) and Queensland (2018). A bill in the South Australia parliament to fully decriminalise abortion has also been referred for review to the SA Law Commission.

Abortion not a voter issue

For many, it is a puzzle why the NSW Crimes Act provisions have remained in place for so long. In 2016, Greens MP Mehreen Faruqi introduced a bill to change the NSW law, but in the upper house.

One possible reason it has taken so long to reform the law was the spectre of a backlash among voters. Even feminist campaigners had concerns that attempts to reform the law might fail and backfire on reformers, perhaps resulting in more restricted access.

Breaking News: Abortion could soon be decriminalised in NSW! It's been almost three years since I introduced the first bill to decriminalise abortion, putting the issue onto the political agenda. I'm so proud of the Greens role in catalysing debate on reproductive rights. pic.twitter.com/PD9W3WBTyk

This view is mistaken in two main ways. First, no public opinion poll in Australia in 50 years has found a popular majority opposed to broad access to abortion. In fact, no opinion poll has found more than 5-10% of voters opposed to abortion in all or almost all circumstances.

A good summary of recent polls is provided in a 2017 briefing paper by the NSW Parliamentary Research Service.

Moreover, religious affiliation is not strongly correlated with opposition to abortion access, as it is in the US. Nor is there a large gulf in opinion along gender lines. For example, a 2005 research brief of the Australian Parliamentary Library showed a slightly higher proportion of men over women favouring wide access to abortion.

Second, my research has found scant evidence to show that attitudes to abortion in Australia play a significant role in the way people vote, as they do in the US. This has been the case for at least 40 years.

While Australians across party lines support wide access to abortion, sociologist Katharine Betts argued in 2004 that LNP candidates were significantly more conservative than voters on the question. But by 2009, even this divide had narrowed.

The chief obstacle to reform has little to do with voters’ electoral behaviour, let alone their general attitudes on abortion. Rather, it’s been the lack of will among MPs that’s been the problem.

In NSW, this appears to finally be changing, with bipartisan support – and a new sense of urgency – to reform the law.