Australia can pick up its game and land a Moon mission

Australia should be involved in any new mission to the Moon. We have the interest and the expertise so let's be part of the race. 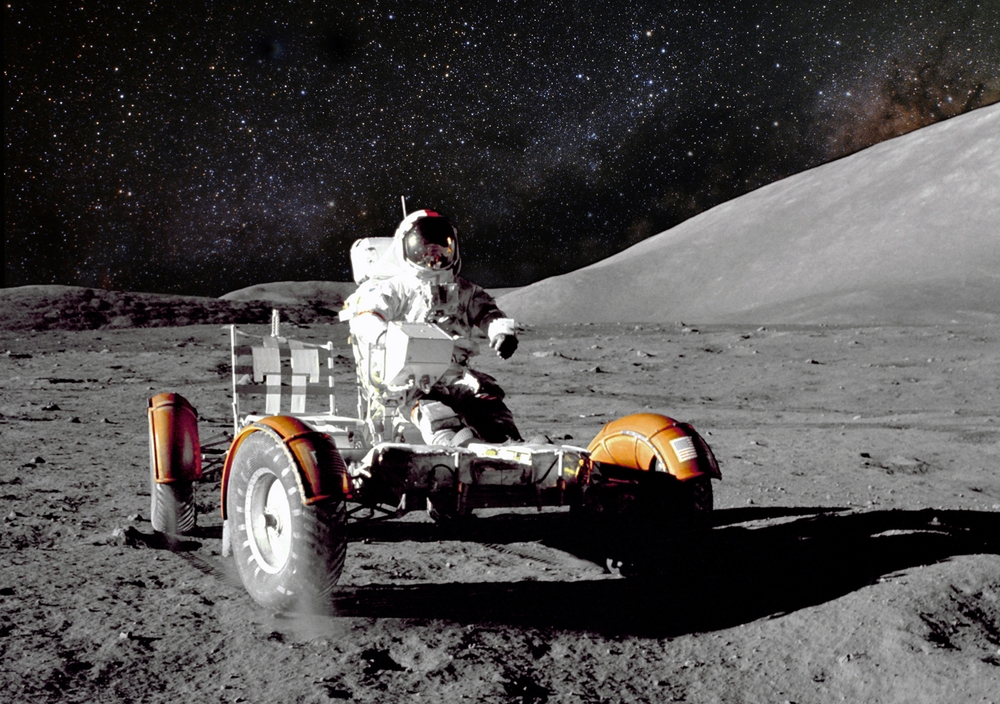 Now all the celebrations of the 50th anniversary of the Moon landing have died down it’s worth considering where we are with future lunar missions half a century on.

Australia has long played a role in space exploration beyond helping to bring those historic images of the first moonwalk to our television screens back in 1969.

Labor MP Peter Khalil has already called for Australia to be involved in a mission to the Moon, and later to Mars. He is co-chair of the recently reformed Parliamentary Friends of Space, along with the National’s MP Kevin Hogan.

But there is plenty of interest from others in going to the Moon.

Only last month, India launched its Chandrayaan 2 mission that’s already orbited the Moon and due to land there on September 7.

China recently landed Chang’e-4 on the far side of the Moon while Israel almost succeeded in landing its Beresheet probe.

NASA has committed to sending people to the Moon again by 2024, and to significant lunar infrastructure such as the lunar Gateway, lunar landers and companies to deliver payloads to the Moon.

There is no doubt the Moon has once more captured the world’s interest. One of the reasons for this is human exploration, and that a Moon presence is now recognised as being essential to any future mission to Mars.

Water on the Moon

Another is the presence of water on the Moon, and the usefulness of water for all sorts of reasons in space.

By the time we hosted the second Off-Earth Mining Forum in 2015, it was clear water was the space resource of most immediate interest.

But the companies that existed at that time were mainly looking to source that water from asteroids. It has only been in the past two years that companies like iSpace have come to the fore, aiming at extracting water from the Moon.

Australia has reacted quite quickly to this evolving environment. Only last month, the first workshop met to establish a Remote Operations Institute in Western Australia to look at operating automated machines at a distance - remote mines and space.

The CSIRO identified nine potential “nation-building” flagship space missions, of which four relate to the Moon. One (disclosure, championed by me) is an orbiter and lander aimed at extracting water, but the other three could all support such a mission. Of those nine, four (including mine) have been selected for further examination at a workshop in mid-August in Brisbane.

Since January, we have been working on the Wilde project, where we have re-focussed our space resources research towards the permanently shadowed craters at the Moon’s poles, where water is highly likely to occur in acceptable concentrations.

We are also looking to reduce the risk of investing in a water extraction venture, including the design of orbiter and lander missions.

These Australian initiatives are all being driven in part by the explosion of the Australian space sector. One symptom of this is the establishment of the Australian Space Agency. The agency’s very existence and its promise have further emboldened space businesses and researchers.

But more than a year after its founding we still await any real missions, or commitment to upstream projects (upstream in space projects means those that are actually in space – those great Australian contributions to Apollo were all on the ground - downstream).

The other important driver for the new space projects mentioned above is that Australia has such a strong mining industry, and that so much mining innovation is created in Australia.

As disciplines, space and mining have a lot in common: both involve complex engineering systems, work in hostile environments, and human control is increasingly handed over to autonomous robotics. Exploiting resources in space represents a genuine opportunity for Australia to establish a niche around which a sustainable space industry can be built.

So now is a perfect time for Australia to consider a new Moon mission. The industry is growing rapidly and a flagship mission would give it something around which to build.

Our special expertise in resource extraction offers a unique opportunity, which others have only just started to pursue. And a community of companies and researchers has been gathered for the task.

Hopefully it won’t be another 50 years before Australia has its own presence on the Moon.