PPE degree allows students to walk in the footsteps of legends

Veteran newsman Jonathan Harley says the Bachelor of Politics, Philosophy and Economics degree has many benefits. 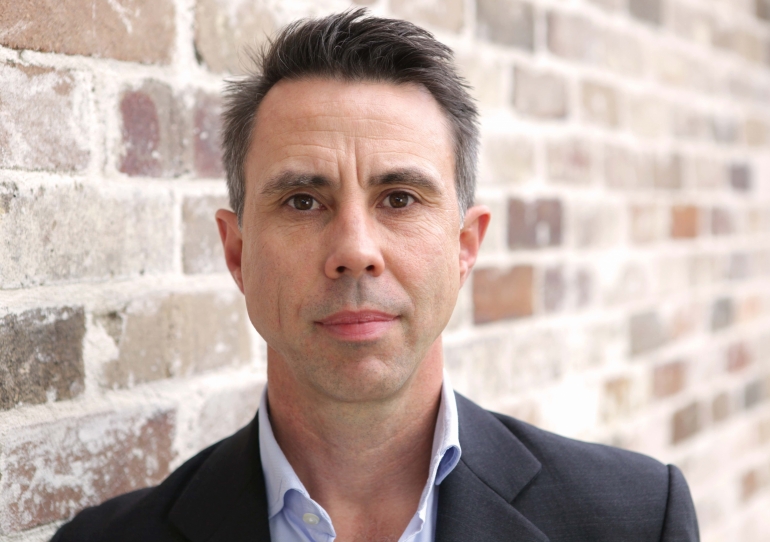 Jonathan Harley has had a stellar news career that has seen him report on the war in Afghanistan during the 2001 September 11 attacks on the United States, military coups, earthquakes and refugee crises. The veteran journalist and more recently director of news partnerships at Twitter, studied Politics and Philosophy at UNSW from 1988 to 1993. But he says if the Bachelor of Politics, Philosophy and Economics (PPE) degree had been available when he attended UNSW it would have been his first choice.

“For me, it wasn't available as a package at the time I did my degree. And I think a package like this is really powerful,” Mr Harley says.

“Obviously politics and philosophy are important, but PPE is about the mix of the three, and I think economics is a big part of it, for any public interest, civic or social impact or public service work. So, I think an understanding of economics in combination with philosophy and politics is really effective.”

First established at Oxford University in 1921, PPE programs are now offered at several leading universities. They have produced some of the most distinguished political and thought leaders in Australia, the UK and around the world. These include renowned alumni such as Malcolm Fraser, Benazir Bhutto and Christopher Hitchens, and current PPE student and Nobel Peace Prize laureate Malala Yousafzai.

Mr Harley says curiosity is a prerequisite for a career in journalism, but in his view, it’s curiosity that is the key driver to a successful career in any professional field. “I think it’s very powerful and rewarding to follow your curiosity.”

Mr Harley, who now works across tech, content and commercial partnerships, says he’s been lucky to enjoy working in all of his jobs – from his first job as a paper boy at the age of eight delivering newspapers on Sunday mornings – because they’ve all fed a particular curiosity. “I’ve always been able to find something about that job that has been intriguing or interesting,” he says.

Starting as a radio reporter at the Australian Broadcasting Corporation in his first job out of university, Mr Harley spent 13 years with the ABC, in a career which included producing Foreign Correspondent for ABC TV, South Asian bureau chief for the ABC based in New Delhi, and as senior ABC TV reporter for news and current affairs. He then joined the commercial Nine network, and worked in journalistic, production and leadership roles on programs such as 60 Minutes and In Their Footsteps.

In 2016 he joined Twitter as the director of content partnerships, then moved into the role of director, news partnerships, Asia Pacific.

Get out of your comfort zone

For all his wide-ranging experience, which included being in physical danger in challenging environments such as Afghanistan during the 2001 September 11 attacks in the US and subsequent US-Afghanistan war, possibly the biggest professional challenge and adjustment was joining Twitter.

“Coming from my background, working for a tech company was probably the most uncomfortable. It was a very, very different environment and it was rapidly changing and challenging. I’ve always felt that you need to get yourself out of your comfort zone regularly because that’s where the growth is. That's where the learning is and that's where the wisdom is.”

He says partnering with traditional media organisations, whether it be the ABC or the Nine Network or Bloomberg in Asia or the BBC, made his time at Twitter very rewarding, as he was able to apply his knowledge of what’s required in a newsroom. “Having that understanding from the news side, being able to partner with former and new journalistic colleagues, that was hugely enjoyable.

“It was really exciting and rewarding to be working with them to create their digital strategy using Twitter as a way to extend their audience, to engage with their audience and to adopt and try new technology, new ways of telling stories and in some cases to make money.”

In terms of what work in the 21st century is going to be about, Mr Harley says he learned that it’s not only about flexibility and adaptability.

“It's also your capacity to manage and handle change, and to manage your own emotional and psychological health and welfare.”

He says studying PPE at UNSW will give future students a framework for understanding the world. “It gives context and a sense of historical society and philosophy; a way to view the public and political realm,” he says.

He said the Facebook–Cambridge Analytica data scandal in 2018 was “a classic case of what can happen when you don't have an eye to the context and the consequences of what you're building”.

And it demonstrates the need for a multidisciplinary and multi-dimensional view of the world. You need to have a grounding across a number of key disciplines if you want to work in the space of public service, public interest or civic service, and the three in particular that are absolutely essential are Politics, Philosophy and Economics.”

During his time studying Politics and Philosophy at UNSW, many of Mr Harley’s contemporaries looking to enter journalism were doing media degrees. But he decided to take a slightly different route, which he says has “stood him in extremely good stead.”

“I wanted to get more of a philosophical and political framework. And it's just gone from strength to strength since then. I was really grateful for the grounding that I got at UNSW. And I've been impressed by the strides that the University has taken in more recent years to go to the next level; to prepare students for the particular challenges of the 21st century.”

Find out more about Politics, Philosophy and Economics (PPE) at UNSW.