Thousands of people who arrived by boat between 2011 and 2014 will never receive a permanent visa under the current government policy. 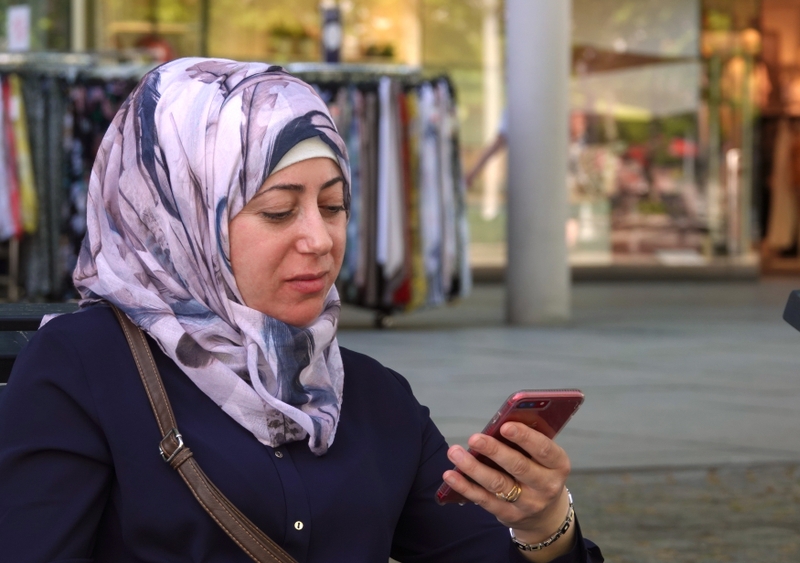 Refugees and people seeking protection are rallying in Sydney today against the indefinite limbo they face, due to the harsh policy of temporary protection visas and the long wait times to have their cases heard. This is just two weeks after hundreds of people led a similar protest outside Parliament House in Canberra.

At Refugee Advice and Casework Service (RACS) we understand why people are feeling desperate. We have supported thousands of people who arrived by boat between 2011 and 2014, and under current policy will never receive a permanent visa. Instead, they must relive their trauma by reapplying for temporary visas again and again, every 3-5 years, to prevent their removal back to danger.

“People who are coming to RACS for help to reapply are in many ways broken,” RACS Senior Solicitor Alison Ryan said.

“My clients have fled serious harm, suffered torture and continue to experience trauma, yet they are only given temporary protection visas.”

“Because of this, they face restrictions on their right to travel, study and access welfare, and are denied the right to family reunion. They live in endless limbo, many tragically here alone without their loved ones and without the ability to ever have their family join them in safety in Australia.

“One of my clients faced such financial strain that he couldn’t even afford the $35 fee to reapply for a temporary visa.”

UNSW Law is a major supporter of RACS, which works to help people seeking asylum in Australia present their cases to Australian decision makers.

RACS Principal Solicitor Sarah Dale said that the reapplication process is not only creating huge difficulties for clients, it is also challenging for the legal centres that are critical in helping people reapply.

“Refugee Advice and Casework Service (RACS) is the only dedicated provider of free legal advice to people seeking asylum in NSW and there are hundreds of people that will need our help to reapply for temporary protection visas every three - five years. We are a small team who receive no federal government funding, yet the need for our assistance in NSW is huge.”

Jacinta* came to Australia in 2012 and spent 4 years in limbo waiting for a decision on her visa. For some of those years she lived without the right to work or study, before being granted a 3-year temporary protection visa.

“I am a lone woman in this country - no husband, no children,” she said.

Jacinta feels unsafe where she is living and is unable to find work or safe affordable housing.

In a sign of her determination, she gained a scholarship to go to university, to try to increase her chances of finding work. However, without an income she can’t afford to study full-time, nor can she find part-time work to support herself. “It’s useless,” she said.

“I cannot do anything without permanent residency. I applied to do a lot of jobs. All asked ‘are you a citizen? When does your visa expire?’ I told them ‘this November.’ Who gives a job to a person who is 56 whose visa is expiring in November?”

“Please [tell] the government… there are many suffering from depression... We are vulnerable women and people who came to your country. We are good people. We escaped because our life was in danger in our country. It’s enough torture, it’s enough punishment. It’s enough.”

People on temporary visas face constant challenges to support themselves financially, due to the difficulties in gaining employment, and they live in perpetual fear of being returned to danger each time their visa expires. But one of the most stressful factors RACS has seen is the separation of families.

“One man I support was forced to leave his family behind when he fled his home country,” Alison said.

“He has now been diagnosed with a terminal illness and doesn’t know whether he will ever get the chance to see them again. It’s incredibly distressing for him,” she said.

“Another client, a Rohingyan man, hasn’t even had an interview after a 7 year wait. His wife was pregnant when he left to seek safety and he has never met his daughter. He doesn’t have the ability to travel to a third country to see her, unless he is found to be a refugee, which cannot happen until he has that interview.”

There are currently 15,000+ people living on temporary protection visas in Australia. And there are another 8,500 people who came by boat still waiting for the government to determine if they are refugees.

“That’s 8 years waiting for a decision, for a visa length that may be half of that,” RACS Principal Solicitor Sarah Dale said.

“RACS recently did an information session for Hazara people on temporary protections visas and there was very much a sense of will I ever live with my family again? Will I ever have any real stability in this country?” she said.

For those who have been granted temporary protection visas and now need to reapply, there are questions around when interviews will be and how long people will have to wait to put their case forward for a second time. These are questions which for now remain unanswered.

“All people found to be refugees should be given the chance to reach their full potential and rebuild their lives with their families in permanent safety,” Ms Dale said.

“As Australians we pride ourselves on being a fair and inclusive society, where everybody deserves a fair go. If we truly believe this sentiment, we should extend it to those who come to our shores seeking protection,” she said.

*= name has been changed