Rosemary Kayess and Disability Rights at the United Nations

Rosemary Kayess gives an insider's view of the United Nations Committee on the Rights of the Persons with Disabilities. 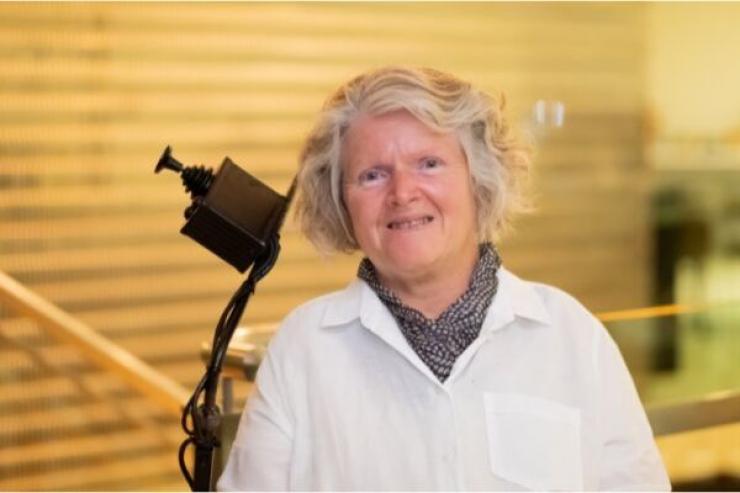 Chloe: Congratulations on your recent appointment as a vice chair of the United Nations Committee on the Rights of the Persons with Disabilities. It was an impressive achievement given that not everyone can make it to the vice chair of the UN committee in such a short period of time.

What has led you to contribute to the protection of the rights of disabled people? Also, as a person with a disability, were there any difficulties or discrimination that you experienced and how did you overcome them?

Rosemary: How did I end up working in human rights? I had a motor vehicle accident and broke my neck in my early twenties. After my injury, I came university and started studying social science and political science. That led me to have an interest in discrimination law. I was involved in some disability organisations. But I didn’t necessarily want to work in a disability context. Rather, I liked the bits of academia and human rights. So, I pursued policy studies. After my honours year, I was asked back to teach within social science and I started a PhD. My PhD was in discrimination law looking at it as an avenue for social change and the need for an international instrument in the context of human rights. I got to the point in my PhD where I felt I needed greater technical legal skills knowledge and also, that was the time the UN decided to head of convention, so my thesis, which was halfway, through became somewhat redundant because the underlying premise was that we didn’t have any instrument and the UN were going to adopt one. So, I dropped out of my PhD and did graduate law.

When the UN started to work on a convention in the early 2000s I was well-placed skills-wise with a law degree, discrimination law background and policy background to be a designated expert on the Australian government delegation.

To overcome those difficulties … just the same as everybody else, I spent hours sitting in carparks waiting for special cabs. You just do it.

Many people, including myself, are probably not familiar with the purpose of the UN Committee on the Rights of the Persons with Disabilities and the role of a vice chair of this committee. Would you mind telling me a bit about the purpose of the committee and your role?

The Committee’s role articulated under the convention is to be a monitoring body. The role is to review States Parties’ progress in meeting their obligations under the convention. So, it has one role in terms of periodic reviews. It engages after two years a country ratifies. The initial report submitted is a baseline report and then they get reviewed and then every four years after that, the Committee reviews them again. The committee also has a power if States Parties take it up under the Optional Protocol to initiate enquiries into grave and systemic human rights abuses. They can run confidential enquiries. They can also receive individual complaints. So, when somebody has their human rights violated in a State that is a party to the Convention and they exhaust all domestic remedies, they can lodge an individual communication with a treaty body and the treaty body will consider it. It is similar to an international tribunal except it is not a hearing situation, it is a written submission based process.

It’s an international tribunal that looks at individual’s complaints and makes a legal determination on a case and decides whether it is a violation of someone’s human rights.

There is an executive body called the ‘bureau’ so there is a Chair and three Vice Chairs. They share the leadership role of the Committee’s work including the dialogues with the States. Part of the periodic review is that the States have to appear before the Committee and the committee reviews the States with a constructive dialogue. So, over two days, the committee will receive a presentation from DPOs in a closed meeting and then it will hold a session over two-day with the government and here the government responds to questions posed by the committee members based on information provided by States and Civil Society. The leadership group shares that process with Country Rapporteur appointed from the Committee.

The chair has a big responsibility during the constructive dialogues with States, not only to make sure that States are kept on track and they are actually answering the questions but also to manage the time.

It’s also about keeping committee members on track too, so we have enough time to explore all the issues. It’s particularly important when you get difficult and recalcitrant States that are trying to avoid answering questions and it’s problematic when committee members are taking a lot of time just asking one question or duplicating questions and have not enough time to hear from the States. Time management and making sure that we get to the heart of the matter and the states do not make their answers too long without meaningful content is important. It’s also a strategy to ensure the dialogue reflects specific State issues such as wealth, resource constraints and political context. Not only that, the Chair and the Vice Chairs also present the face of the Committee, so they do a lot of the outward work in other meetings.

When you were elected to the UN committee last year, you mentioned that “there are many challenges such as the development of a consistent and coherent body of international law that never loses sight of its purpose and objective and its principles and spirit".

What kinds of efforts and practical measures are you trying to make to overcome such challenges? Also, are there any urgent tasks or issues you need to address and specific goals/improvements that you want to achieve during your term of office?

Like all tribunals, not all members are legally trained. But, this is a legal process. The thing about human rights treaties and the nine core human rights treaties is that they are legally binding commitments by States parties with the community of nations. The States have to actually sign and ratify so they have to make a commitment to comply with the objects, purposes and standards set out within the convention. So, it’s a legal process.

Because I am legally trained, I want to bring that concept and credibility back to the committee.

It’s about reminding my colleagues about the legal requirements of what we are doing. That means the questions we ask; Do they relate to a particular legal obligation that the state holds? Are you asking them about something that they had a legal obligation to do? Other than that, when we are concluding observations, making sure that we look at the other treaty bodies’ jurisprudence and there is that legal rigour to what we are doing. The same with the individual communications. Making sure that we look at the existing body of law and apply it. Not just international law. We should look at what the accepted legal principles within regional and domestic regimes have influenced international law and apply that legal rigour to those processes.

As a vice chair of the UN committee, and at the same time, a representative of Australia, what kind of changes do you want to bring to Australian society and what kind of support do you expect from the Australian government and society as a whole during your term? Do you have any words for persons with disability in our society?

There shouldn’t be a culture that it is ‘OK’ to treat people with disability differently and this goes across the board. Why is congregate care okay? Why aren’t people living in the community? Why aren’t we looking at alternatives to locking people up in psychiatric institutions?

Lots of evidence suggests that just focusing pharmacologically on people’s mental health issues doesn’t create long term answers and there are other ways of trying to do this.

All that trauma that people experience through mental health facilities need to be addressed. This is same with guardianship. It can be the basis of abuse to people’s rights. One loophole is that young women with disability can be sterilised. The evidence suggests that the operation is not always performed for medically necessary reasons and without looking at alternatives, creating long term health problems for the woman as she gets older. But these are justified through the burden of care using it as a contraceptive method. Why have we got a culture where people with disability are sexually abused?

It’s about breaking some of those cultural norms that seem to normalise the violence, abuse and neglect that people with disability experience.

I expect interns to have good legal skills, good understanding of international human rights law and critical skills. Interns will have an opportunity to work with such a diverse range of issues by looking at the experience of different countries. It’s stuff that I will be able to use because the work that the interns will be doing will be coming up in the next session of the Committee or maybe the session after.