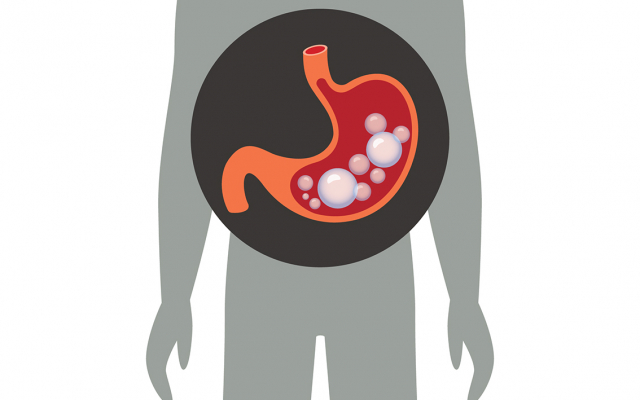 UNSW Sydney chemical engineers have traced the journey of gases through the gut while further developing a non-invasive, gas-capturing capsule.

A source of embarrassment to some, or pure comedy to others, flatulence and the gases of the intestines are increasingly seen as playing an important role in our digestive health.

A paper led by UNSW Sydney and published in Nature Reviews Gastroenterology & Hepatology has examined all available literature on gastrointestinal gases, their interactions with the microbiome of the gut, their associated disorders and the way that they can be measured and analysed.

Lead author Professor Kourosh Kalantar-Zadeh, who is an ARC Laureate Fellow with UNSW’s School of Chemical Engineering, says the purpose of the study is to lift the lid on the various gases of the gut and show how vital they are for human health.

“This is about providing knowledge to people about the importance of gases in the gut,” he says.

“Rather than laughing about it or feeling embarrassed about this subject, actually there is good reason to take this very seriously.

“Even Benjamin Franklin wrote about this more than 200 years ago. He was one of the first to propose that different types of foods have different effects on our gut health, which can be measured by smelling the resulting farts – although I’m not so sure about his methods.”

Indeed, Franklin wrote a letter to the Royal Academy of Brussels where he proposed “To discover some Drug wholesome & not disagreable, to be mix’d with our common Food, or Sauces, that shall render the natural Discharges of Wind from our Bodies, not only inoffensive, but agreable as Perfumes”.

While Franklin’s challenge continues to elude modern pharmacology, a change of diet to avoid foods rich in sulphide – such as broccoli, cauliflower, eggs, beef, and garlic – could reduce the malodorous nature of our gaseous emissions.

In the paper published today, the authors examine each of the main gases that are found in the gastrointestinal system.

“Interestingly, the gases in most abundance throughout the digestive system – nitrogen, oxygen, carbon dioxide, hydrogen and even methane – are odourless,” Professor Kalantar-zadeh says.

By contrast, smelly sulphide compound gases exist in trace amounts in the colon. Nitrogen and oxygen end up in the gut by being swallowed and carbon dioxide can be chemically produced in the stomach.

“The rest are mostly by-products of the microbiome – the colonies of bacteria living in our intestines – as they break down carbohydrates, fats and proteins.”

With the exception of nitrogen, the gases found in the intestines have also been linked with various gut diseases including malabsorption of food, irritable bowel syndrome (IBS), inflammatory bowel diseases (IBD) and even colon cancer, especially when the gas profiles deviate from the norm.

“Adjustment of diet is generally the first port of call to mitigate these disorders as we can modulate the gases by eating different types of foods,” Professor Kalantar-Zadeh says.

The UNSW team, together with their partners at Monash University and startup company Atmo Biosciences, is commercialising a revolutionary tool to analyse the gastrointestinal gases in vivo (within the body) in the form of an ingestible capsule loaded with gas-sensing technology. The capsule can detect gaseous biomarkers as it passes through the gut, all the while transmitting the captured data wirelessly to the cloud for aggregation and analysis.

Traditionally, testing and measuring of the various gases has ranged from the non-invasive in vitro (ie. in the laboratory) gut simulators and indirect breath testing through to colonic or small intestine tube-insertion, a much more invasive method used to capture stool or gas samples.

But the capsule developed by Professor Kalantar-Zadeh and the team gets around the problem of invasiveness while also ensuring the gases can be analysed in their natural environment. The ingestible capsule can simultaneously detect oxygen and hydrogen concentrations as it moves through the gastrointestinal gut and wirelessly transmit the data to an external receiver.

“There is no other tool that can do what this capsule does,” Professor Kalantar-Zadeh says.

“In our early trials, the capsule has accurately shown the onset of food-related fermentation in the gut, which would be immensely valuable for clinical studies of food digestion and normal gut function.”

Professor Kalantar-Zadeh says a trial is currently underway by Atmo Biosciences to test the commercial version of the capsule, the results of which will be detailed in a future research paper.