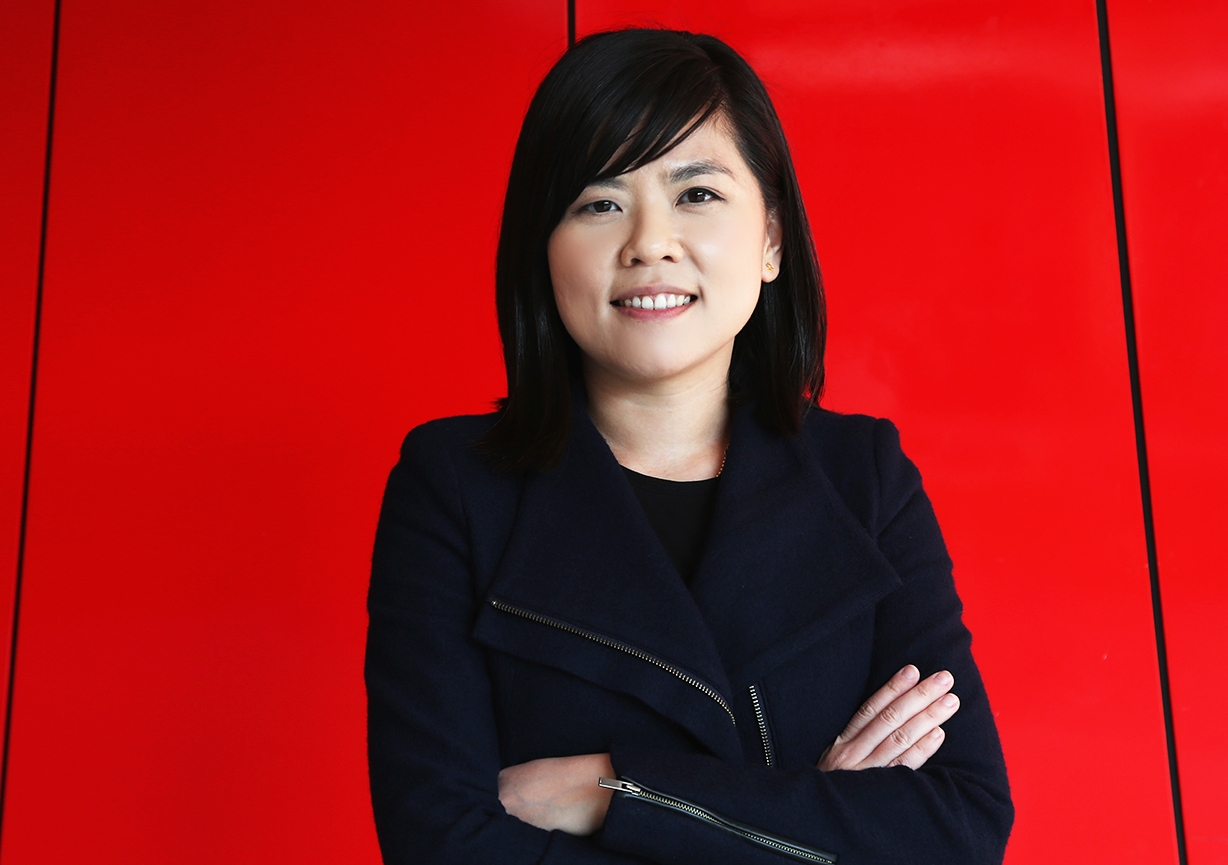 With more than 4 million tonnes and $8 billion worth of edible food being thrown out every year in Australia, a more accurate system to determine food freshness could go some way to reducing this waste.

UNSW Sydney Scientia Fellow, Dr Rona Chandrawati is working on simple and cheap technology that could one day empower consumers to make more informed decisions about the freshness of the food in their fridges, regardless of the mandated use-by or best-before date stamps.

Dr Chandrawati, who is a researcher in UNSW’s School of Chemical Engineering, is exploring with her team the world of colourimetric nanosensors. Using paper coated with stimuli-responsive polymeric nanomaterials, Dr Chandrawati can determine the concentration of a particular chemical element or compound in a food sample through the colour transition of the polymers.

“The idea is we want to develop a technology like a paper strip that can change colour if the food is contaminated,” Dr Chandrawati says.

“So for example, we have run tests on milk packaging where we induced spoilage by leaving the milk at above-recommended temperature for a few days. When this happens, the polymer nanoparticles in the strip can specifically capture bacteria by-products, and they change colour to detect spoiled milk without having to open the container.”

The benefit of this technology is it’s cheap to produce and the results are obvious to the naked eye. It also makes the technology incredibly accessible, able to be observed in situ by a consumer rather than in a lab by a scientist using expensive equipment. While still a way off from being championed by partners in the food industry, Dr Chandrawati speculates that paper strips measuring freshness could also be used at the primary producer end of the supply chain.

“Farmers and distributors may want to know which batch has to sell first, regardless of the indication of the best before date, just by looking at whether any of the strips of paper have changed colour to show how long a product has before it spoils.”

“The idea is we are developing particles with specific molecules that can capture what it is that we’re looking for in a sample,” she says.

“So we look to see if the paper strip changes colour if we dip it in river water that may be contaminated, or in the case of health, in urine, saliva or blood to test for illnesses.”

She says when the human body is sick, there are chemical signals in different levels of protein or hormones that may indicate a medical condition. However, as with the testing with food, work at the moment is being carried out in the lab rather than with clinical samples.

Looking ahead, Dr Chandrawati would like to see the technology she is developing in the lab to be one day used by consumers to help them make decisions in everyday life. “In particular, I think colourimetric sensing technology could be especially useful in developing countries where they don’t necessarily have expensive equipment to analyse a substance for chemical markers.”

Dr Chandrawati graduated with a Bachelor of Science in biotechnology from Monash University and obtained her PhD in Chemical and Biomolecular Engineering at the University of Melbourne in 2012. A Marie Curie Fellowship took her to the Imperial College in London before returning to Australia in 2015 as a lecturer at the University of Sydney. In 2018 she joined UNSW’s School of Chemical Engineering as a Senior Lecturer, ARC DECRA Fellow, and Scientia Fellow.

On becoming a Scientia Fellow, Dr Chandrawati says the program has been a great help in terms of her career development.

“There is excellent personalised career coaching for each of the Scientia Fellows,” she says.

“So it’s tailored to where the experience is in our careers. And I’ve found that we have an excellent support package that enables us to visit top tier universities or we invite high profile professors here, allowing us to build connections and networks.

“For a lot of the research and technology development that goes on here, it’s not about working by ourselves in one narrow expertise. It’s all about collaborating with different people from different faculties.”

As an example, Dr Chandrawati points to her own experience developing colourimetric nanosensing technology which has herself, a chemical engineer, working alongside biologists, experts in molecular modelling, and medical researchers from hospitals.

Another benefit she mentions is the fact that the Scientia Fellowship allows her to test the waters, so to speak, on a research question that may or may not be worth pursuing as a larger project, but may only require a small amount of money.

“This Scientia Fellow support package also enables us to do a small pilot project simply to test an idea, with the aim of applying for further funding or to contact investor partners. A lot of the things that we do that start in this way would not be possible if you do not have this Scientia fellowship support.”

Dr Chandrawati was last week awarded an NHMRC Emerging Leadership Fellowship worth $1.5m over five years which she will use to develop nanotechnology coating on medical devices to prevent blood clotting and infection.

More information on the UNSW Scientia Fellowship program is available on the Scientia website.