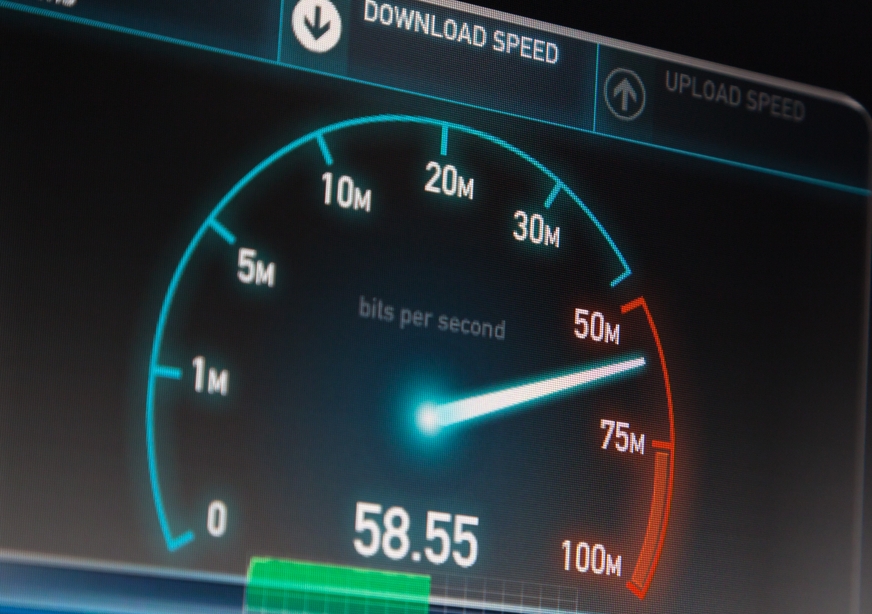 These are 20-fold improvements on the maximum NBN speeds now. Almost a decade since the first customers were connected, NBN Co is thinking about a genuinely 21st century offering in terms of speed and price.

The NBN is late, over budget and slow. Australia places 58th globally for fixed-line broadband speed. Not only do the NBN’s advertised speeds lag international standards but the actual speeds often don’t come close to what is promised.

Customer interest as a result has been unenthusiastic. NBN Co may well need to take a massive write-down on its assets because they don’t look like they’re worth A$50 billion.

All of this was entirely predictable, based on politicians failing to remember three basic lessons from Economics 101.

The history of innovation is littered with examples of remarkably important things being invented with no clear purpose in mind, or by accident, and then exceeding our wildest expectations.

Penicillin and vulcanised rubber (which led to the tyre for automobiles) were both invented by accident. The world wide web was developed as a means of communication among particle physicists. Most of us carry around in our pocket a computer (mobile phone) roughly as powerful than the world’s faster supercomputer circa 1985. Those have turned out to be pretty useful.

When the Coalition decided to scuttle Labor’s NBN plan for fibre-optic cable to every premises, on the basis that “fibre-to-the-node” and using existing copper telephone wires to the premises would be much cheaper, this is what the chief spruiker of the Coalition’s NBN plan, Malcolm Turnbull, said about broadband needs in 2010:

There isn’t much or anything you can do with 100 Mbps that you can’t do with 12 Mbps for residential customers.

The breathtaking lack of insight and imagination in this comment is responsible in no small part for the Flintstonian broadband infrastructure Australia now has.

Prioritising speed of roll-out (which hasn’t even happened) over speed of internet (which sure has happened) was a massive mistake.

You having fast internet is good for me when we connect. When consumers can connect quickly to a business’s website that’s good for the business. It makes it more profitable for businesses to invest in their internet operations. This has benefits for other consumers and even other businesses.

A great illustration of this is in Dunedin, New Zealand, where there have been all sorts of business-to-business spillovers from the city having the fastest internet speeds in Australasia. The ABC’s Four Corners program has highlighted how this has revolutionised New Zealand’s video-game development industry, among other things.

A sound business model for the NBN ought to recognise the positive externalities and ensure they are incorporated into the price mechanism, by offering a partial subsidy to encourage people to sign up. Like the reverse of a carbon price.

One of the NBN’s key problems is the way successive governments structured national investment in it. Setting up NBN Co as a quasi-corporate entity needing to make a commercial rate of return on the roughly A$50 billion investment in the network was a huge mistake. It was the opposite of providing a subsidy.

The telecommunications companies who retail the NBN have complained that NBN Co’s wholesale price points mean it is hard for resellers to make a profit. It’s a kind of quality death spiral: an unattractive product means fewer people buy it, leading to the product getting worse, leading to even fewer people buying it.

Finally, it’s never a good idea to charge everyone the same price when there are different costs to serve different people.

The idea was that higher returns from easy-to-service city homes would subsidise the higher costs of service homes in regional and remote areas. But city homes, precisely because they are cheaper to service, have other options. If not enough city customers signed up to the NBN, prices would be driven up, making the network even less attractive to city customers. It’s textbook adverse selection, just like in health-insurance markets.

The government tried to get around this by banning competition. But that’s never really possible, especially from technologies not yet invented. Like 5G. The 2010 business case assumed no more than 16% of households would go wireless. Oops.

NBN will never make a return on the cost of its capital or meet its customer targets if it faces competition. Its corporate plan says so, at point 1: “The plan assumes effective regulatory protection to prevent opportunistic cherry picking […] the viability of the project is dependent upon this protection.”

What to do from here

Multiple governments have bungled the NBN. But there is a way to salvage things – a bit.

Holding constant the technology (fibre-to-the-node), the best thing the government could do is write down its investment massively – ideally so low that it can flog NBN Co off to someone who can be subject to access regulation – ensuring, like other utilities, ownership of infrastructure doesn’t stymie competition – and make a modest rate of return.

Our super funds are always sticking up their hands for infrastructure investment. This would be a good one.

Ideally, though, the technology should be fixed. Fibre-to-the-premises was always going to be expensive, but it was also going to be fast, and as future-proof as we could get.

Lack of imagination and inability to think past 12 Mbps less than ten years ago should not hold the nation back now.