The ACCC has inquired into mortgage rates before. This time it will want detail. 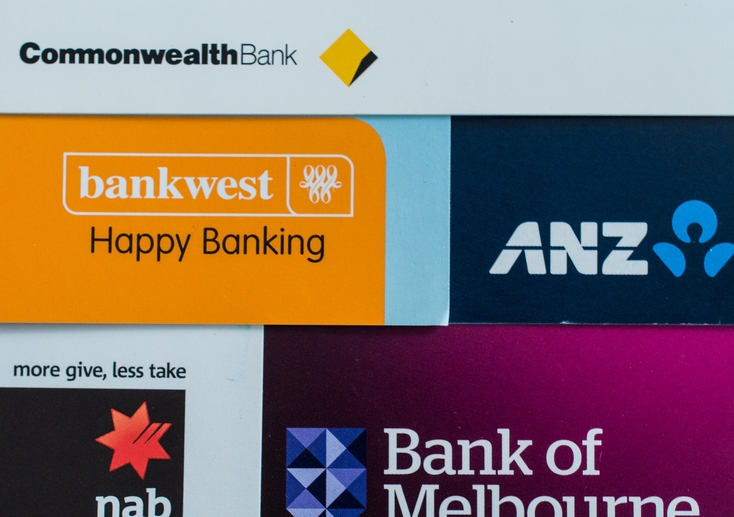 The Australian Competition and Consumer Commission conducted an inquiry into mortgage pricing as recently as last year.

Now Treasurer Josh Frydenberg has asked it to do another, broader one, in order to ensure the banks’ pricing practices are “better understood”, and perhaps also to concentrate their minds on the wisdom of fully passing on the next collection of rate cuts. 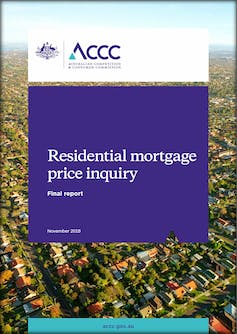 There’s a lot to better understand.

The last inquiry found that the banks used “opaque pricing” that “stifled” competition and made it hard for borrowers to shop around, both when looking for a new mortgage and when considering switching from one they had.

Seven in ten of the borrowers surveyed for the inquiry said they had obtained only one quote before taking out their residential mortgage.

The inquiry concluded the big four “profit from the suppression of borrower incentives to shop around.”

So, what else is there to find out?

This time, the inquiry is being conducted under Part VIIA of the Competition and Consumer Act, meaning the the ACCC can use compulsory information-gathering powers.

I reckon there are four big questions it ought to be asking.

The inquiry isn’t specifically asked to examine banks’ profits, but the question of whether their profits are unreasonably large (so-called super-profits) lies behind questions about whether they are charging more than they should.

It turns out that the big four banks’ profit ratios have not shot up egregiously over the past few years. Their returns on equity are high, much higher than those of banks in other developed countries, but have not been increasing.

While data for the most recent year is not yet available, it looks as if banks have not been dramatically ramping up their profit seeking behaviour and may have suffered declines.

Return on equity, the big four 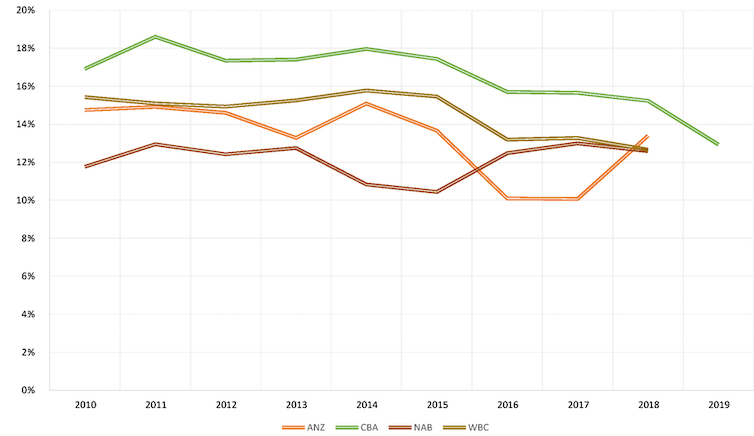 But these totals tell only part of the story.

They don’t tell us which services are profitable or where banks’ profits come from.

It might, for instance, be useful to know whether residential mortgages are especially profitable, and whether those profits have been climbing.

Question 2: How do the banks set rates?

The inquiry has been asked how banks set mortgage rates and why they often do not “pass on” official cash rate cuts.

It’ll be useful information. Banks function as intermediaries. They can be thought of as lending out money they obtain money from sources including depositors to whom they pay interest.

Their profits come come from the interest margin, which is the difference between how much they pay for the money and how much they get when they lend it out.

This interest margin is not unearned. Banks provide services to borrowers and depositors. Further, they take on risk by giving depositors immediate access to the money while knowing they will only receive it back only gradually in a process that itsn’t guaranteed.

As the ACCC found last time, the margin is opaque. While we have access to statistics on average margins, we haven’t had access to the margins for specific products.

The overall net interest margin appears to be declining, and it might explain why the big four have become reluctant to pass on the latest Reserve Bank rate cuts.

To maintain the margin they had, they would have to cut deposit rates by as much as are cutting borrowing rates. With deposit rates close to zero, that’s becoming harder. 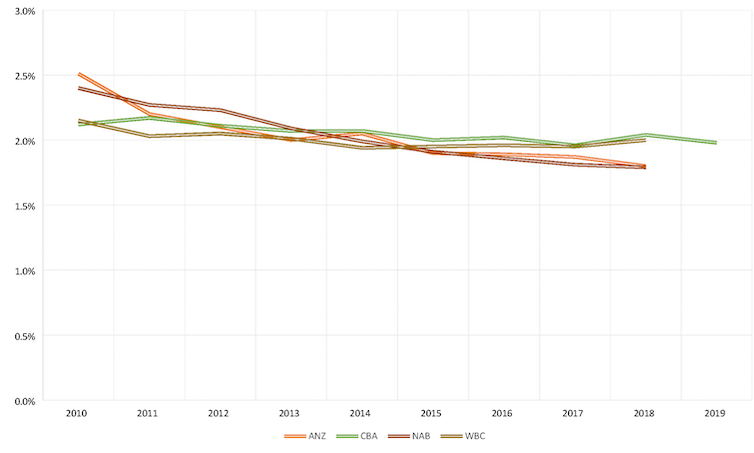 Question 3: Why do they charge different rates?

The inquiry has been asked to examine differences in rates, of the kind airlines have become extraordinarily good at imposing.

There are four kinds.

New vs old customers: Banks sometimes offer lower rates to new customers than existing customers. But how common this is is open to question. Banks have an incentive to poach new customers by offering low rates, but they also have an incentive to keep the customers they have by keeping their rates low enough to deter them from leaving. At the moment we don’t know much at all about how new and existing customers’ rates differ. What we find out will tell us how much banks take their customers for granted.

Headline reference rates vs actual rates: Some banks quote “reference” rates which they discount for particular customers. Other banks appear to just quote their lowest rate. Often it is not clear how, or why, banks offer these discounts. Anecdotally, it appears to relate to whether the customer is low risk and how big the loan is.

Cash rate cuts: Banks often don’t pass on full official cash rate cuts. As mentioned, there might be good reasons for this. Banks can only maintain their existing margins if they adjust both deposit and loan rates, and cutting deposit rates further is almost impossible. However, it isn’t clear how banks decide how much of each cut to pass on and why different banks do it differently. While there is no evidence of collusion, the ACCC would be keen to find out how each bank influences the other. It’ll have the power to demand decision making documents.

The inquiry has been asked to investigate how easy it is to switch, but even this isn’t straightforward.

Switching involves more than transferring data between banks. To switch, people need to lodge an application. This involves proving income and satisfying credit checks. Customers have to approach banks - or a mortgage broker - to do it. They are often charged for the service, although often not directly. Transferring property titles and the right to right to receive interest payments isn’t costless.

The government itself imposes barriers. The Australian Prudential Regulation Authority requires banks to lend responsibly and ensure borrowers are credit-worthy. They are hard barriers to streamline.

The inquiry might focus on other barriers. These could include whether banks themselves impose barriers that make it unnecessarily onerous to leave. Among them might be administrative fees, which would open up the question of fees generally, something that is likely to become increasingly more important as banks look for ways to cut effective deposit rates that are already at or close to zero.

The Commission says it will produce a preliminary report by the end of March, and a final report by September 2020.