Liquid metals the secret ingredients to clean up environment

Liquid metal catalysts show great promise for capturing carbon and cleaning up pollutants, requiring so little energy they can even be created in the kitchen. 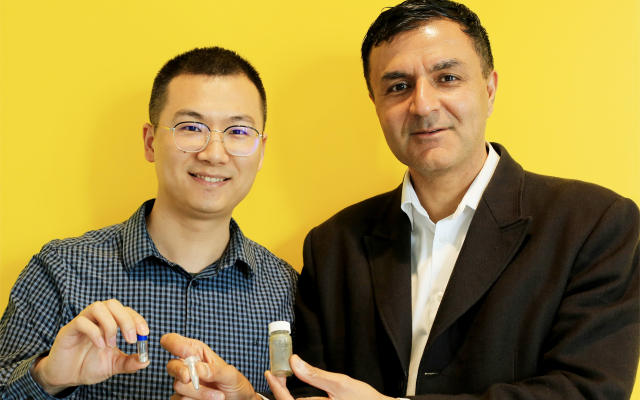 Liquid metal catalysts show great promise for capturing carbon and cleaning up pollutants, requiring so little energy they can even be created in the kitchen.

Forget the laboratory, substances that can solve environmental problems by capturing carbon dioxide, decontaminating water and cleaning up pollutants can be easily created in a kitchen, a UNSW Sydney study shows.

In a paper published today in Nature Communications, UNSW chemical engineers shone a light on the mysterious world of liquid metals and their role as catalysts to speed up chemical processes using low amounts of energy.

Professor Kourosh Kalantar-Zadeh of UNSW’s School of Chemical Engineering says that “anyone with a shaker and a cooktop at home in their kitchen can make catalysts that can be used for CO2 conversion, cleaning water and other pollutants.

“They can do this by using a combination of liquid metals like gallium, indium, bismuth and tin in alloys that can be melted under 300oC on a cooktop or in an oven.”

Professor Kalantar-Zadeh and colleague Dr Jianbo Tang showed that by heating an alloy of bismuth and tin, the metal melted at a point much lower than if you were to heat each metal individually. Substances that behave like this are said to be eutectic.

“Eutectic alloys are the mixes of metals that produce the lowest melting point at a particular combination,” says Dr Tang.

“For instance, if we combine bismuth at 57% and tin at 43% they melt at 139oC. But by themselves, both bismuth and tin have melting points above 200oC.”

Professor Kalantar-Zadeh says the specific mix ratio of eutectic substances produces the maximum natural chaos at the nano-level, which in turn brings the melting point down. The process can also work the other way. Eutectic metal substances already in liquid form can solidify at a single temperature below the usual freezing point of each metal.

“This maximum chaos helps, when we solidify the liquid metals, to naturally produce so many defects in the material that the ‘catalytic’ activity is significantly enhanced,” Professor Kalantar-Zadeh says. 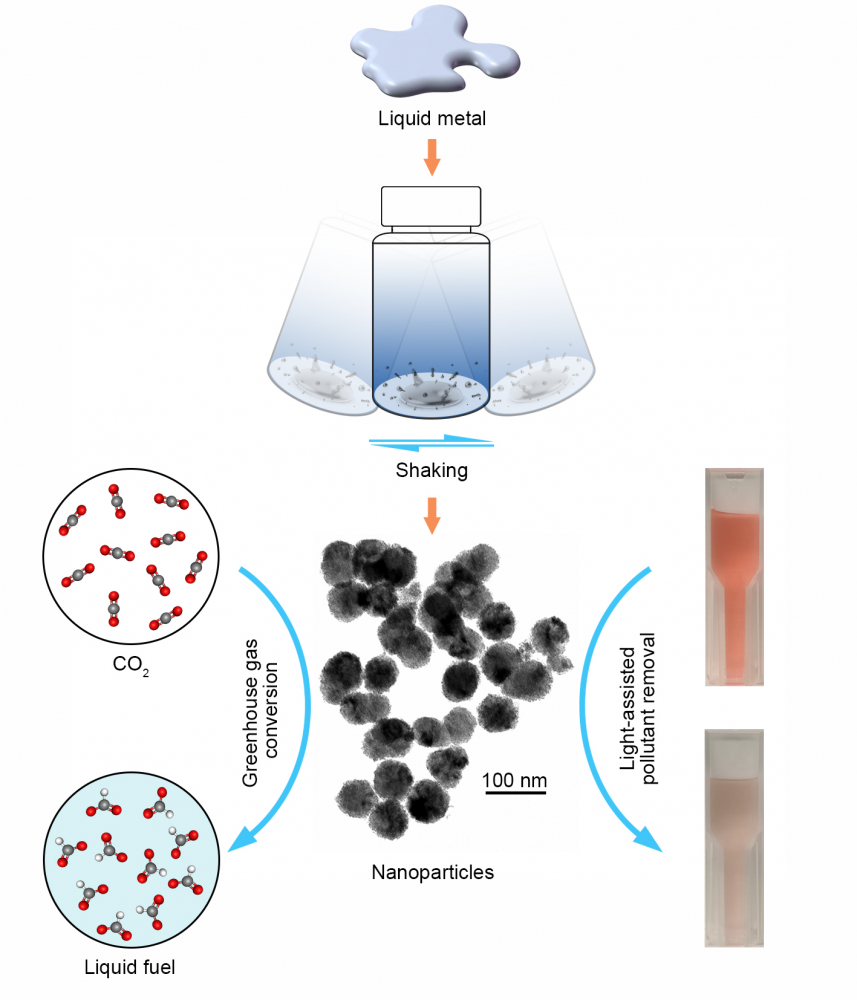 How to make a liquid metal catalyst

Liquid metals and the environment

Liquid metal alloys can be used to remove or neutralise pollutants in the environment as well as capturing the carbon in CO2 emissions. Tin, gallium and bismuth when in liquid form can be used as electrodes to convert carbon dioxide into useful byproducts. Another environmental application is that after heating the liquid metals to make oxides, the substances can also be used to absorb energy from light, which enables them to break down contaminants in water.

What makes liquid metals an attractive option in solving environmental problems is the fact they can be cheaply produced using low energy and in a low-tech environment.

“Metals such as tin and bismuth are accessible to many people around the world,” says Professor Kalantar-Zadeh.

“People should just consider how easily, cheaply and with so little need for advanced technology that they can be processed and transformed into useful materials such as catalysts.

“Additionally, playing with liquid metals is fun. While the most famous liquid metal – mercury – is well known to be hazardous, a liquid metal like gallium is completely non-toxic, and meltable at or near room temperature, where we can use it to transform one material to another at very low input energies. Liquid metals could solve lots of problems that we as humans are grappling with these days.”

Professor Kalantar-Zadeh is the recipient of the prestigious Australian Research Council (ARC) Laureate Fellowship which will fund further research into liquid metals for another four years.