Future of Change Indian Fellow Jhuma Sen will examine cases that include the controversial Triple Talaq Bill, which allows a husband to divorce his wife by issuing the word ‘talaq’ three times. 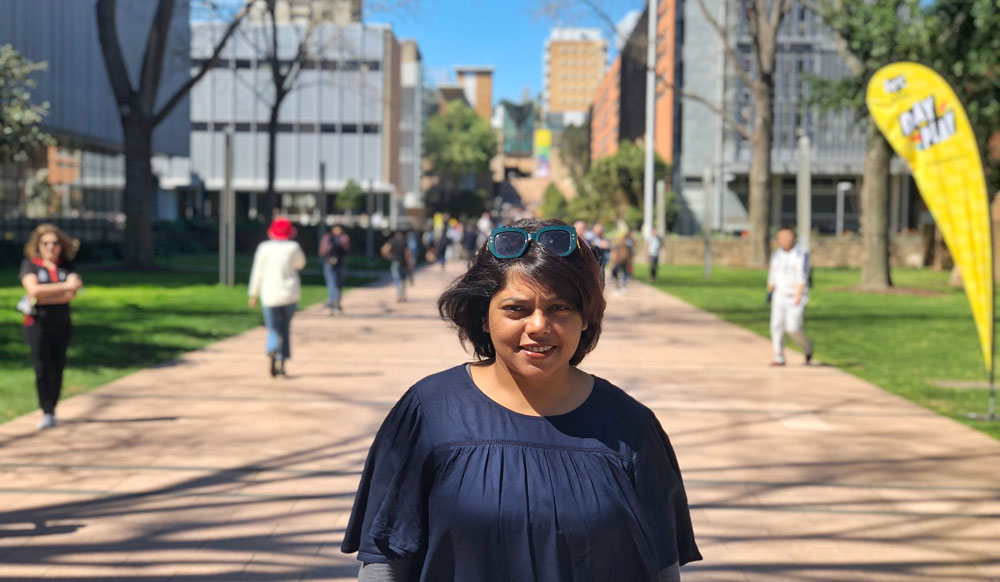 Born in Kolkata, India, Jhuma Sen admits she didn’t make a conscious choice to appear for the law admission test at Symbiosis Law School (SLS) in Pune. However, she was offered a placement in the undergraduate program and, after attending her first class which was contract law, she fell in love with the discipline.

“That love deepened with moot courts and the usual law school experience. But I think we truly understand what law is, with its tremendous potential for social change, as well as its inherent limitations when we work with it on a daily basis, as a practitioner, or a policymaker or when we observe it closely and try to understand it as scholars,” she explains.

Ms Sen is now an Assistant Professor at Jindal Global Law School (JGLS) and is also Assistant Director at the Centre for Human Rights Studies housed at the O.P. Jindal Global University. She is the inaugural Law Future of Change India Fellow at UNSW and commenced her research in August 2019.

During her fellowship at UNSW Law, Ms Sen will explore the social and political factors that make certain religious disputes appear in the juridical arena and how the courts read and interpret religious texts and negotiate with various stakeholders. In particular, she will map how women’s groups and the courts negotiate with each other, resulting in changes in family, community and state practices.

Ms Sen will analyse three recent cases in India as part of her research.

The first is the ‘triple talaq’ case where the Supreme Court invalidated the practice of unilateral ‘instant divorce’, a custom that allowed a husband to divorce his wife by issuing the word ‘talaq’ (which translates to ‘divorce’) three times. It could be issued via a letter, a phone call or, increasingly, by text message.

She will also analyse the Sabarimala Temple case, where girls and women within the ‘menstruating age’ age group (10 to 50 years old) were prohibited from entering the Hindu temple located in Kerala. The Supreme Court of India declared the practice of not allowing women within this age group unconstitutional.

The third case Ms Sen will examine is the ongoing female genital mutilation (FGM) case in India which has been referred to a constitutional bench. Currently, girls and women are not explicitly protected by law from the cutting or removal of the female genitalia for non-medical reasons, as it is not considered illegal. However, there is a case before the Supreme Court of India seeking a ban on FGM.

“Ms Sen’s research offers a unique and important analysis of changes to family law in India, and the challenges they present to women. As the inaugural Law Future of Change Indian Fellow, Sen will have the opportunity to conduct her timely research and to cooperate with many colleagues at UNSW Law,” says Dr Peleg.

Ms Sen chose to apply for the fellowship at UNSW as she found the Law Faculty offering intellectually stimulating, with diverse research interests close to her own research focus.

“I visited UNSW last year and absolutely loved it. UNSW and JGLS are partner universities and have a number of existing collaborations. I was already very impressed with UNSW as a global research destination and that was an added reason to apply for the scholarship. UNSW has a very vibrant campus, a fantastic library and is in the heart of Sydney, one of the greatest cities in the world. What more reason would one need?”