Australia must engage with nuclear research or fall far behind

Recent debates about the future of nuclear power in Australia make much of the potential of the next generation of reactors. 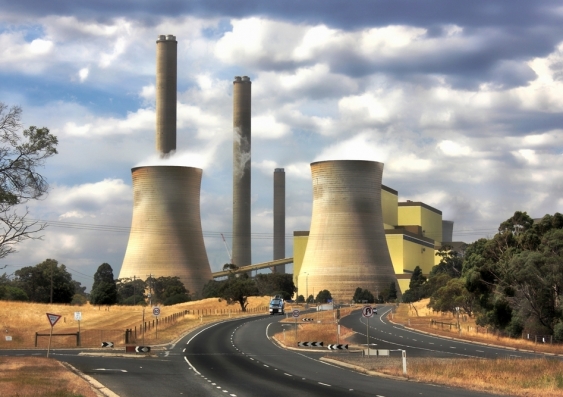 Much is made of the “next generation” of nuclear reactors in the debate over nuclear power in Australia. They are touted as safer than older reactors, and suitable for helping Australia move away from fossil fuels.

But much of the evidence given in September to a federal inquiry shows the economics of nuclear in Australia cannot presently compete with booming renewable electricity generation.

However, international projections predict nuclear power will stick around beyond 2040. It is forecast to reduce the carbon footprint of other nations, in many cases fuelled by our uranium.

To choose wisely on nuclear power options in future, we ought to stay engaged. Renewables in combination with hydro storage might fail to fully decarbonise the electricity sector, or much more electricity may be needed in future for desalination, emission-free manufacturing, or hydrogen fuel to deal with an escalating climate crisis. Nuclear power might be advantageous then.

What reactors will be available in future?

All recent commissions of nuclear power stations, such as the Korean APR-1400 reactors in the United Arab Emirates, or the Chinese Hualong One design, are large Generation III type light water reactors that produce gigawatts of electricity. Discouraged by investment blowouts and considerable delays in England and Finland, Australia is not likely to consider building Generation III reactors.

The company NuScale in particular promotes a new approach to nuclear power, based on smaller modular reactors that might eventually be prefabricated and shipped to site. Although promoted as “next generation”, this technology has been used in maritime applications for many years. It might be a good choice for Australian submarines.

NuScale has licensed its design in the United States and might be able to demonstrate the first such reactor in 2027 in a research laboratory in Idaho.

These small reactors each produce 60 megawatts of power and require a much smaller initial investment than traditional nuclear power stations. They are also safer, as the entire reactor vessel sits in a large pool of water, so no active cooling is needed once the reactor is switched off.

However the technical, operational and economic feasibility of making and maintaining modular reactors is completely untested.

If Australia decided to build a nuclear power station, it would take decades to complete. So we might also choose one of several other new reactor concepts, labelled Generation IV. Some of those designs are expected to become technology-ready after 2030.

Generation IV reactors can be divided into thermal reactors and fast breeders.

However, some will use molten salts or helium gas as coolant instead of water, which makes makes hydrogen explosions – as occurred at Fukushima – impossible.

Some of these new reactor designs can operate at higher temperatures and over a larger temperature range without having to sustain the drastic pressures necessary in conventional designs. This improves effectiveness and safety.

However, the enriched fuel and capacity to produce plutonium means that fast breeders are more closely linked to nuclear weapons. Fast reactors thus do not fit well with Australia’s international and strategic outlook.

An alternative to using conventional uranium fuel is thorium, which is far less useful for nuclear weapons. Thorium can be converted in a nuclear reactor to a different type of uranium fuel (U-233).

The idea of using this for nuclear power was raised as early as 1950, but development in the US largely ceased in the 1970s. Breeding fuel from thorium could in principle be sustained for thousands of years. Plenty of thorium is already available in mining tailings.

Thorium reactors have not been pursued because the conventional uranium fuel cycle is so well established. The separation of U-233 from the thorium has therefore not been demonstrated in a commercial setting.

India is working on establishing a thorium fuel cycle due to its lack of domestic uranium deposits, and China is developing a thorium research reactor.

To choose wisely on nuclear power and the right technology in future, we can stay engaged by:

Australia could deepen such research involvement by, for example, developing engineering expertise on thermal Generation IV reactors here. Such forward-looking engagement with nuclear power might pave a structured way for the commercial use of nuclear power later, if it is indeed needed.