Australia's major summer arts festivals: reckoning with the past or retreating into it?

Australia's three major summer festivals in Sydney, Perth and Adelaide give an interesting insight into how festival programming is changing – or not.

Australia invests heavily in its major festivals: A$5 million in state government funding for Sydney Festival, $7 million for Perth, and $9 million for Adelaide.

Funding for festivals has remained relatively constant over the past five years, even as other arts funding has been slashed. Adelaide Festival will even receive an additional $1.25 million a year for the next three years while the rest of the local sector will face cuts.

So what should festivals do in such circumstances: focus on bringing the world to us – or make us reflect on ourselves?

Major Australian arts festivals have always balanced the local and the global. Festivals can offer local artists the opportunity to create works of scale and reach wider audiences. On the other hand, festivals are also a chance to bring new and challenging work from overseas.

Three of Australia’s major multi-arts festivals take place in the first three months of the year, and their 2020 programs offer an interesting insight into how artistic leaders are making festivals in the face of shrinking budgets for the rest of the sector.

Wesley Enoch started at Sydney Festival in 2017 armed with passion and vision.

The first Aboriginal artistic director of the festival, his tenure has been characterised by a strong focus on First Nations artists. Sydney Festival overlaps with Australia Day, and Enoch programmed The Vigil on January 25 2019: an invitation to gather at Barangaroo and reflect on “the day before it all changed.” He is repeating this programming in 2020. 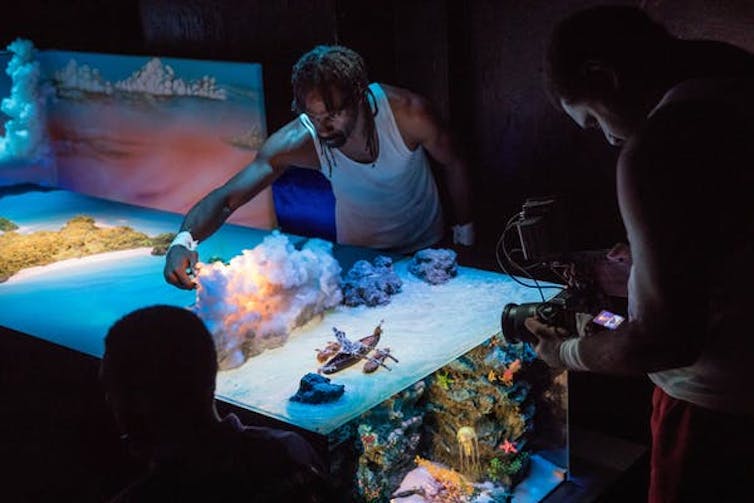 My Name Is Jimi at the 2018 Sydney Festival told the story of four generations of Torres Strait Islanders. Daniel Boud/Sydney Festival

Enoch’s programming feels driven by a conviction that festivals have the power to rehearse new stories, resurrect lost classics, and re-imagine the future.

During her four years at the helm of the Perth Festival from 2016-19, Wendy Martin cultivated a profound sense of place, giving local audiences and artists space to reflect on what it means to live and create in the city.

Her festivals opened with large, inclusive public events. She commissioned work from Perth artists, culminating in seven world premieres this year. She invited international artists to collaborate with local companies and work with local communities. She foregrounded artists with disabilities. 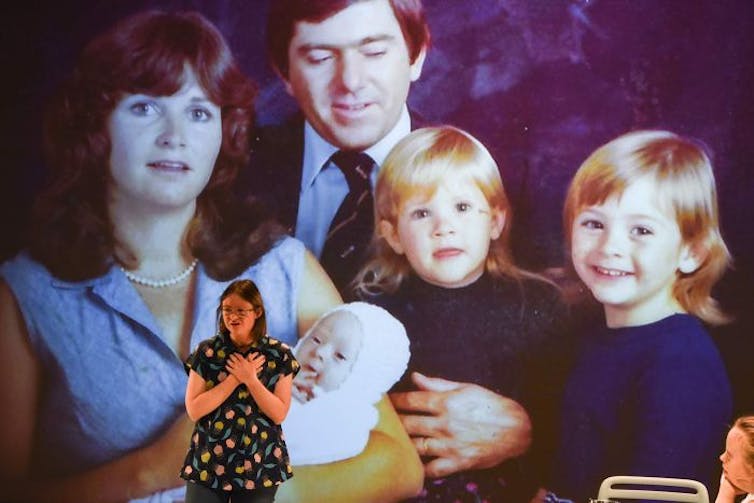 You Know We Belong Together, a play about Down Syndrome and Home and Away, premiered at the 2018 Perth Festival. Toni Wilkinson/Perth Festival

2020 will be Iain Grandage’s first festival, and he is following Martin’s lead. The first week of the festival will be dedicated exclusively to Aboriginal work, including a large-scale Shakespearean production and a suite of children’s songs, both devised and performed in Noongar language.

It is too early to say what will define Grandage’s term in Perth, but if 2020 is anything to go by he is going to continue to focus on the local and celebrate what it means to be from WA.

Neil Armfield and Rachel Healy debuted in Adelaide in 2017. In contrast to Enoch and Martin’s emphasis on local people and place, Armfield and Healy have defaulted to prioritising works of scale from overseas.

If there is a guiding concept to their four festivals, it is the classic. Their international imports have focused on proven successes from Europe, with a preference for male auteurs (Barrie Kosky, Thomas Ostermeier, Romeo Castelluci) directing canonical operas and plays . 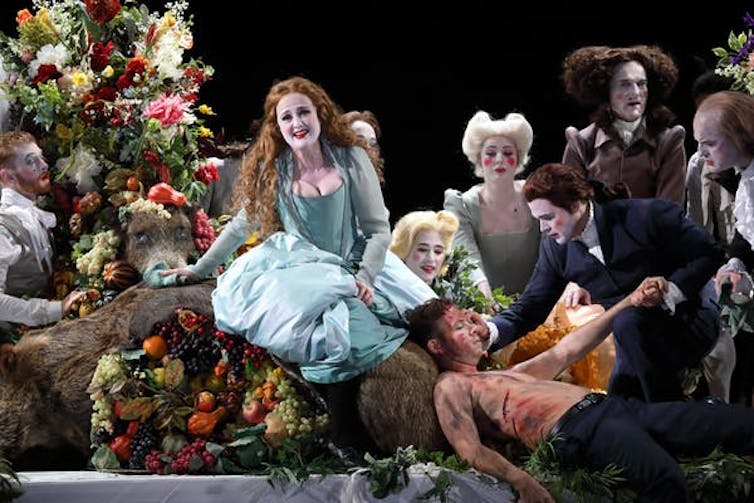 In 2020, while Sydney and Perth are staging major new theatre works, the only Australian theatre in Adelaide will be William Zappa’s 2017 adaption of The Illiad; and a Belvoir/State Theatre Company of South Australia production of American playwright Clare Barron’s Dance Nation.

The 2020 program has no Indigenous-led opera, theatre, dance, or visual art – surprising given Armfield’s strong track record of nurturing Aboriginal artists at Belvoir.

Each of Armfield and Healy’s festivals have broken box office records. But ticket sales are not the only measure of a festival’s value and bigger is not always better.

Would it matter if box office dipped, if local artists and audiences gained? The number of tickets sold doesn’t speak to the number of new stories told, old languages learned (Enoch has programmed free classes of the Sydney language), or traditions invented.

Adelaide Festival looks increasingly out of step with other major Australian festivals. Whereas Perth and Sydney are firmly anchored in place, Adelaide Festival could be happening anywhere in the world.

What is a festival for?

When the broader arts sector has been starved of funding but is also hungry for change - eager to become more equitable and diverse - I think festivals take on additional visibility and responsibility.

Perth and Sydney have recognised this by commissioning diverse local artists working in diverse forms. These festivals are engaging with their place in contemporary culture by supporting local artistic communities, and reflecting stories of their cities back to their audiences.

Meanwhile, Adelaide has continued down a well worn path. One could say they are being conservative but my read is the reverse – their refusal to move with the times is almost radical.

Sydney and Perth festivals have shown us artistic leadership that wants to reckon with the past; Adelaide’s leadership want to retreat to it.