It’s not ‘wild dog’ management – we are just killing dingoes

Dingo or just wild dog? A new study busts the misconception that pure dingoes are extinct in NSW – and finds several ‘dingo hotspots’ around the state. 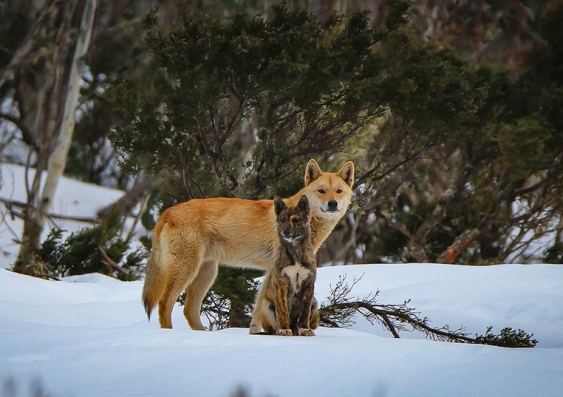 Almost all wild dogs in NSW are dingoes or dingo-dominant hybrids, a study from UNSW Sydney and collaborators has found, challenging the widely held view that pure dingoes are virtually extinct in the state.

The study, published this week in Conservation Genetics, tested the genetic makeup of 783 wild canids (animals belonging to the Canidae family, such as dingoes, domestic dogs, foxes and wolves) across north-eastern NSW.

Dingo-dominant hybrids – i.e. animals whose genetic make-up is dominated by dingo genes – accounted for 75% of the animals tested, while hybrids with mostly domestic dog genes only made up 2%. Surprisingly, less than 1% were feral dogs with no dingo ancestry.

“Our study shows that for all intents and purposes, wild dogs and dingoes are one and the same,” says UNSW Professor Mike Letnic, co-author of the study.

This large-scale study was undertaken by UNSW Sydney and collaborators, including University of New England, University of Sydney and government agencies, over the span of sixteen years. It is based on samples of wild canids captured on public and private lands in north-eastern NSW between 1996-2012.

The findings have significant implications for wild canid management strategies, which currently classify wild dogs as pests. The researchers recommend a more balanced approach towards conservation and management, particularly in dingo hotspot areas.

They also contend that the term ‘wild dogs’ – commonly used when discussing lethal control of dingoes and dingo hybrids – is misleading.

“People are happier about controlling ‘wild dogs’ because they think they’re a negative thing, that they don’t have value,” says Dr Kylie Cairns, geneticist at UNSW and lead author of the study.

“The term ‘wild dogs’ is obscuring the fact that when we’re using lethal control in NSW, we’re just killing dingoes.”

According to the NSW Department of Planning, Industry and Environment, wild dogs (including dingoes) are a priority pest animal that threatens livestock and pets. Landowners – both public and private – are required to take measures to prevent, minimise or eliminate their impact on the land.

Current methods of managing these populations range from blanket lethal control, such as aerial/ground 1080 poison baiting, to targeted methods, like trapping, shooting and fencing.

“To date, dingo management in NSW has focused on controlling dingoes to protect livestock producers,” says Mr Brad Nesbitt, principal investigator of the study and Adjunct Research Fellow at the University of New England. “There is no active management to protect dingoes or populations of dingoes in NSW.

“This study highlights areas where land management agencies have an opportunity to strike a better balance between dingo conservation and control.”

While the researchers do not dispute that dingoes and dingo hybrids are a threat to livestock, they highlight the need for balance between species management and conservation – particularly in regions that have higher levels of pure dingoes.

“The dingo is subject to this terrible dilemma,” says Professor Letnic. “Like the kangaroo, they can be pests – but that doesn't mean we should wipe them out.

“With the kangaroo, there is a balance between how we control and try to conserve them. We’re worried that with the dingo there’s not a great deal of balance – the emphasis is largely on exterminating them.” 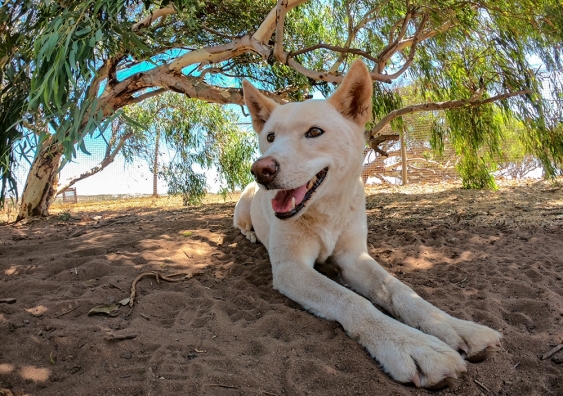 Dingoes play an essential role in maintaining the biodiversity of the Australian landscape and suppress the impacts of introduced species. Photo: Shutterstock

A new case for genetic integrity

Dingoes have been present in Australia for at least 5000 years. They play an essential role in maintaining the biodiversity of the Australian landscape, including supressing the impacts of introduced species, and have cultural significance to Indigenous Australians. However, like other canids, their ability to breed with domestic dogs makes dingoes vulnerable to hybridisation.

While the results of the study confirm that pure dingoes still exist, it also confirms previous observations that many dingoes in NSW carry some level of dog genes. Dingoes are threatened, and steps need to be taken to preserve their identity.

“We shouldn’t give up,” says Professor Letnic. “There are still quite a few pure dingoes out there, and almost no dogs.

“We need to take efforts to look after the remaining populations. They are valuable.”

The identification of several dingo hotspots in NSW could assist land management agencies in protecting the remaining animals.

“Dingo populations in these regions have conservation value due to their high genetic integrity,” says Dr Cairns, who proposes special consideration be made when developing population management plans in these hotspot areas.

“This involves only removing animals that are particularly posing a threat to your livestock as opposed to landscape level aerial baiting.”

She also wants to answer evolutionary questions, such as where dingoes originated from and what kind of dog populations might be contributing to hybridisation. Building a better understanding of hybridisation could also help inform management and conservation strategies.

“With further work, other hotspots may also be found in the Great Dividing Range that extends along the NSW eastern seaboard,” says Mr Nesbitt.

“It is time we stop saying ‘wild dog’ and return to using the term ‘dingo’. We must strive to find a better balance between control and conservation of this iconic Australian species.”