In many countries, city-shaping mega-projects are generally overseen by local government, but in Australia state governments often step in and exclude council and community representatives from the process. 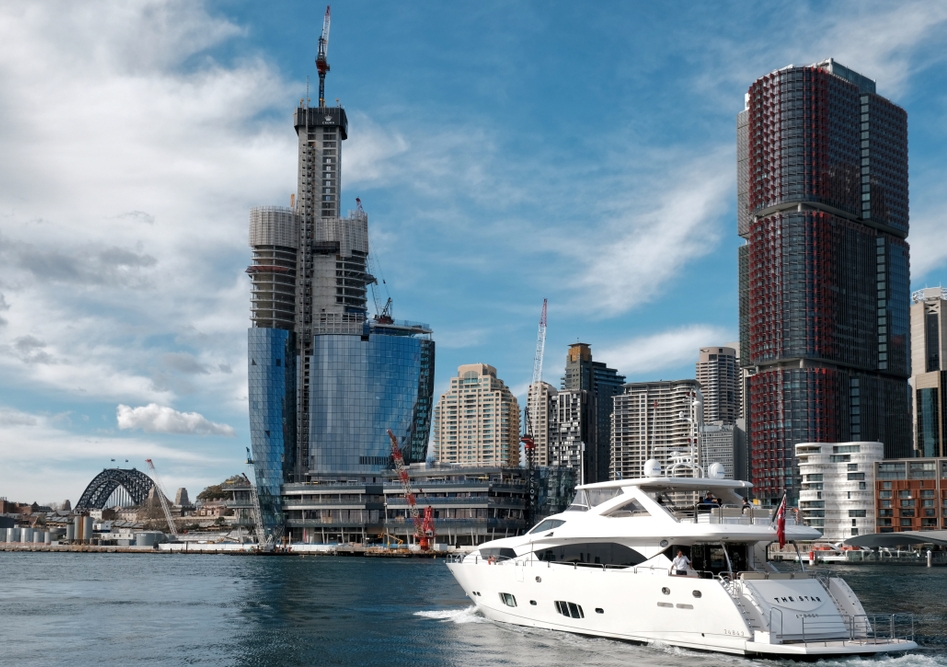 National, state and city governments aspire to increase prosperity through globally competitive and more liveable cities. Through “world class” infrastructure, buildings and public spaces they aim to increase a city’s competitive advantage in attracting investment and talent. Research shows city governments, not states, nearly always deliver these projects overseas. The controversies in the Australian examples are largely the result of excluding local government.

Globally, mixed-use megaprojects have increasingly been seen as vehicles to make cities competitive as well as responding to local transport and housing issues. My research for a forthcoming book, Mixed-Use Megaprojects and the Competition for Capital, examines such projects on government land in Sydney, Melbourne, New York and Copenhagen.

What do Australian cities do differently?

The research examined projects in terms of governance, narrative, urban form, connectivity and public benefit. The findings underscore the argument that state governments lack the structural capacity or nimbleness to manage the subtle interplay of various place-based programs necessary to coordinate enablers of modern competitiveness.

Compared to developments overseas, the Australian examples have several things in common:

The Barangaroo development in Sydney is perhaps the archetype of these patterns.

Despite much controversy over Barangaroo, one thing can be agreed. The poor relationship between the city and state governments has contributed to a loss of trust in planning.

Firstly, this is a skills mistake. The city council has sophisticated capabilities and consistent place-based planning, design and approvals processes. These have been developed over decades.

The city also has established consultation processes and deep experience dealing with a range of stakeholders involved in inner-city development.

When the state intervenes to deliver a project and excludes the city, these processes and their advantages disappear.

Secondly, this is a political mistake. A sophisticated enemy is created that has working relationships with local stakeholders and constituents. With decades of planning work and expert knowledge disregarded, city governments are compelled to scrutinise the process and criticise the state from the sideline.

The City of Sydney appears to be winning the political, if not material, battle of Barangaroo. The lord mayor has outlasted seven state premiers in the project’s lifetime along with numerous measures intended to reduce lord mayoral efficacy.

But the battle is the problem and it’s sure to continue under current patterns of (non)rules. Consider the following examples.

The minister for planning is free to make major changes to the plan without reference to any process. This includes approving the hotel-in-the-harbour proposal even though it contravened state planning policy.

This ministerial power makes projects highly sensitive to political fluctuations. Longer-term planning objectives can be destabilised as a result.

The unsolicited proposal process has been another trust-breaker. Traditionally, government established the need for infrastructure within a metropolitan plan. It would call for tenders from the private sector, then evaluated those tenders in a competitive process. Now private sector participants are encouraged to approach government with development “ideas”.

A prime example involves the Crown Casino complex at Barangaroo. This proposal required major changes to the approved plan. It more than doubled the allowable floor space of the previous hotel-in-the-harbour proposal it had been encouraged to replace to restore trust in planning.

The Copenhagen City & Port Development Corporation is an arm’s length delivery authority, owned 95% by Copenhagen municipality and 5% by the state. It is responsible for delivering a number of mixed-use megaprojects.

As with all city areas, Copenhagen municipality develops the “Lokalplan” for precincts under standard processes and approves individual buildings and public spaces. North Harbour has been delivered as adopted in 2009.

In New York, a private developer has delivered the Hudson Yards project above state railyards under the city’s standard planning process (ULURP). The state’s involvement is limited to the air rights lease.

This did not protect the Hudson Yards project from criticism. Nevertheless, it went through the lengthy standard consultative process and has been delivered according to the rezoning since 2005.

As an aside, the city governments of both European and US cases have adopted mandatory affordable housing laws. They are now delivering 25% in their megaprojects.

As an indulgence, let’s say we were in Copenhagen or New York. The casino complex, hotel-in-the-harbour, or doubling of the site’s floorspace would require revisiting the city’s Lokalplan or ULURP. This process would include public review and approvals by multiple city government agencies. In Sydney, one person, the state minister, decides on major changes to the plan.

This research shows the approaches needed to improve city competitiveness and fairness tend to be done better by city governments than by state governments. Yet in Australia the state has absolute control of these complex, city-based projects. Whether as part of a new metropolitan sphere of governance or not, it is time to empower local city governments in the transformation of our cities.