More than 60 Aboriginal and Torres Strait Islander youth from across Australia join in support of the Uluru Statement from the Heart. 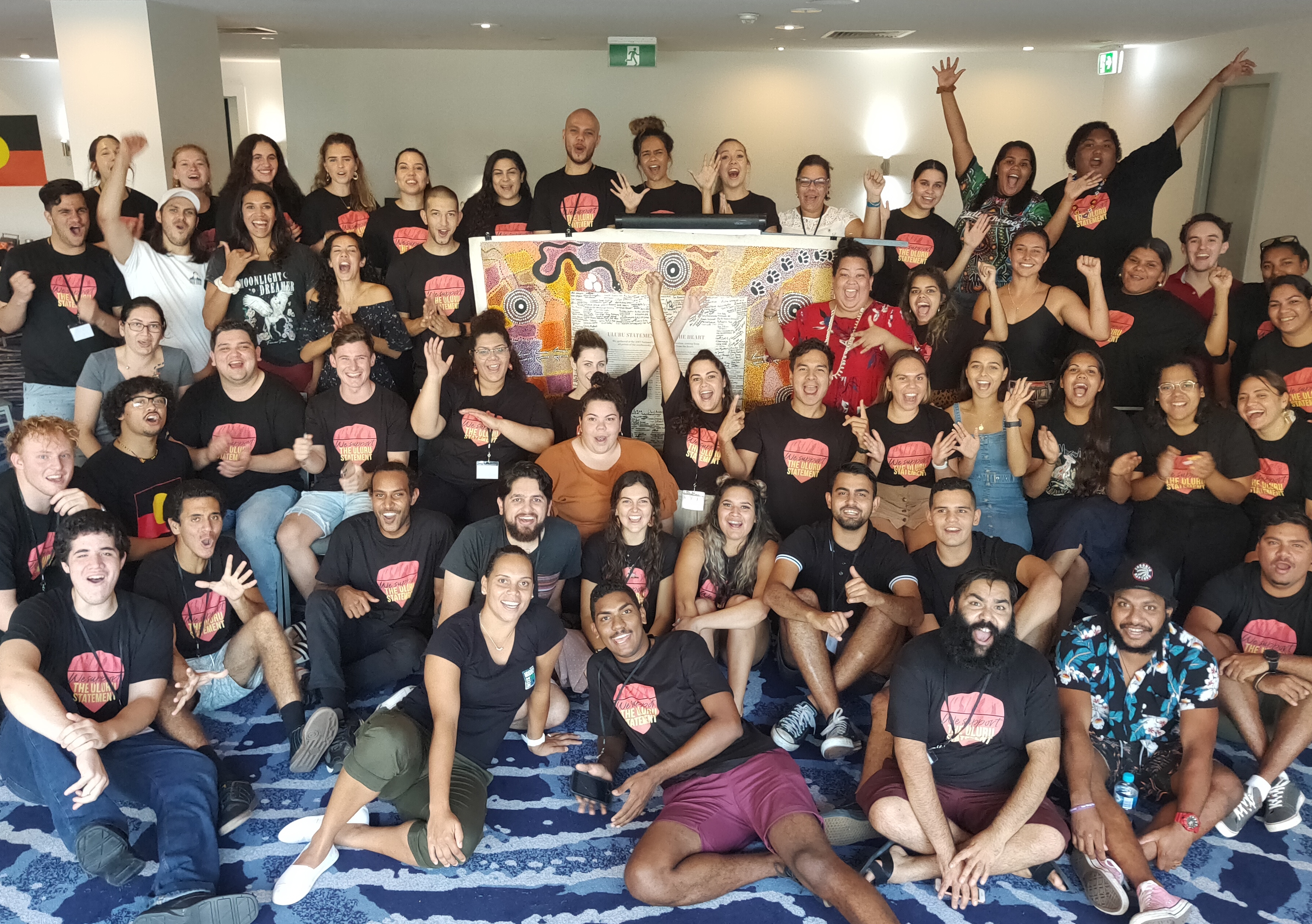 Bridget Cama adjusts the microphone. Next to her is the Uluru Statement from the Heart. It hangs under the bright lights of the conference hall, its words facing the crowd.

“As I look out to this room, I see the future – I see hope. I see an opportunity to leave behind the challenges of the past and imagine a future where we take a rightful place in our own country,” she says.

Ms Cama, a Wiradjuri woman and UNSW legal researcher, is determined to see the system change for Indigenous peoples in her lifetime. Working alongside Allira Davis, a Cobble Cobble woman and consultant at legal firm Ernst & Young, she has created a diverse network of First Nations youth from across Australia.

This network converged last weekend in Cairns for the First Nations Uluru Youth Summit, a three-day Summit in support for the Uluru reforms, including a Voice to Parliament enshrined in the constitution.

“We believe the Uluru Statement provides the path for us, and the rest of the nation, to come together in a deep and lasting unity,” Cama says. 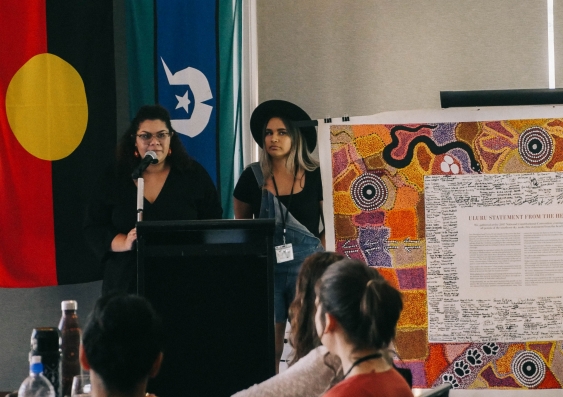 The Summit, supported by the UNSW Indigenous Law Centre, included intensive short courses and lecturers on legal reform, historical Aboriginal and Torres Strait Islander political movements and strategies on how to best support the people’s movement for “voice, treaty and truth.”

UNSW Pro-Vice Chancellor Indigenous and constitutional legal expert, Professor Megan Davis, presented a lecture on the long journey towards constitutional recognition for Aboriginal and Torres Strait Islander peoples. The legal lecture ran through the options for constitutional reform that have been on the table the past 10 years.

“It’s always great to hear Professor Davis speak on constitutional recognition for Indigenous peoples. There are not many people with more expertise and insight into this long struggle for our people. I learn something new every time I hear her speak,” Cama says. 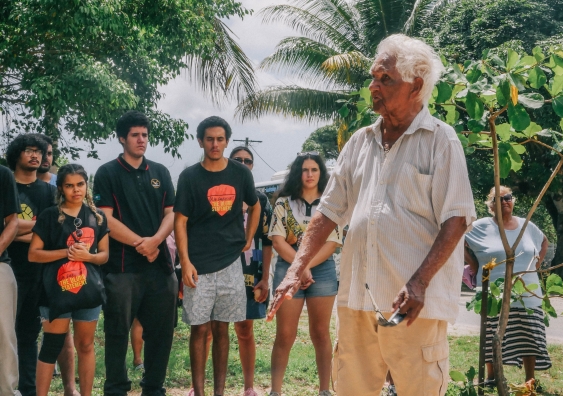 Alfred 'Pop Alfie' Neal speaks at the Tree of Knowledge in Yarrabah.

On the final day of the summit, the group travelled to Yarrabah – an Aboriginal shire situated 40km outside Cairns. There they met with Alfred Neal, 95, known as ‘Pop Alfie’, who was integral to the local Aboriginal Advancement League movement in its struggle towards a successful 1967 referendum.

Neal spoke to the young men and women from the Summit about how they are the ones that must carry on the work of their ancestors. He also spoke to the importance of the site where they met, at the Tree of Knowledge, where local people would gather to yarn, share knowledge and where Pop Alfie and his colleagues would meet and carry out the planning for the 1967 referendum. For Ms Davis, the day in Yarrabah provided a sense of grounding and inspiration.

“Listening to Pop Alfie Neal speak really touched my heart because I had the realisation that we are here because of our Elders and we are here to continue their work,” Ms Davis says.

“We’re rolling up our sleeves and we’re working hard. We want to have these reforms enacted; a First Nations voice enshrined.”