Spying on hippos with drones to help conservation efforts

A new UNSW study has shown that using a drone to film hippos in Africa is an effective, affordable tool for conservationists to monitor the threatened species’ population from a safe distance, particularly in remote and aquatic areas. 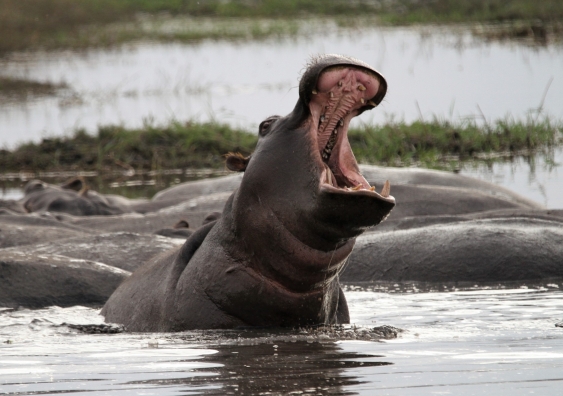 Drones with cameras might be a nuisance to privacy in the suburbs, but in Southern Africa they are helping a UNSW Sydney research team to save a threatened species: the humble hippo.

Wild numbers of the vulnerable Hippopotamus amphibius are declining because of habitat loss and hunting for meat and ivory, so monitoring their population is crucial for conservation management.

“Even though hippos are a charismatic megafauna, they are surprisingly understudied, because of how difficult it is to work with nocturnal, amphibious and aggressive animals,” said lead author Victoria Inman, a PhD candidate at UNSW Science.

Ground-based observations are unsafe for surveyors because the hippo is one of the most dangerous animals in Africa and lives in inaccessible areas.

Hippos also prefer an aquatic lifestyle and regularly submerge themselves in water, further complicating efforts to keep an eye on their population.

These challenges inspired UNSW researchers, in collaboration with conservation organisation Elephants Without Borders, to take to the skies with drones to film hippo pods and thus, more accurately estimate hippo numbers.

Their research, published in the international journal PLOS ONE on Friday, compared hippo counts from drone footage to land counts at the same lagoon with a resident hippo population in the Okavango Delta, northern Botswana, across seven days.

The researchers found the drone method just as effective as land surveys in estimating hippo numbers. 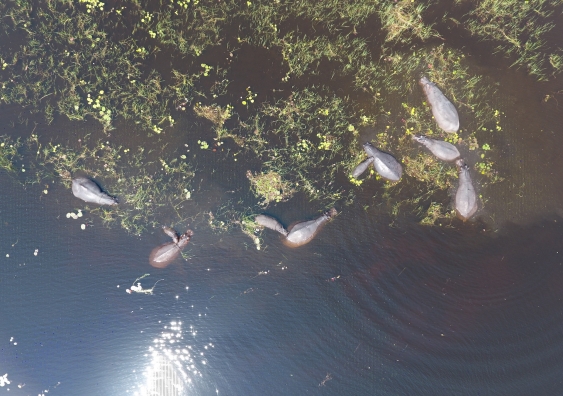 “The bird’s-eye perspective the drone gave us made it a lot easier to differentiate between individual hippos, even when they were crowded together,” she said.

“Our successful method can be repeated easily and avoids the dangers associated with counting hippos from land.

“It was also great that the drone did not bother the hippos.”

Ms Inman said the lower the drone flew, the more accurate the counting of the hippos because the video resolution was clearer.

“Counting hippos from 40 metres above was the best method and about 10 per cent more accurate than land surveys,” she said.

“Interestingly, we found that early morning was the worst time to survey because hippos were active and often submerging, making them difficult to count – this finding is counter to current advice.

“Another important advantage with the drone footage was our ability to measure hippos’ body lengths in order to determine their ages.” 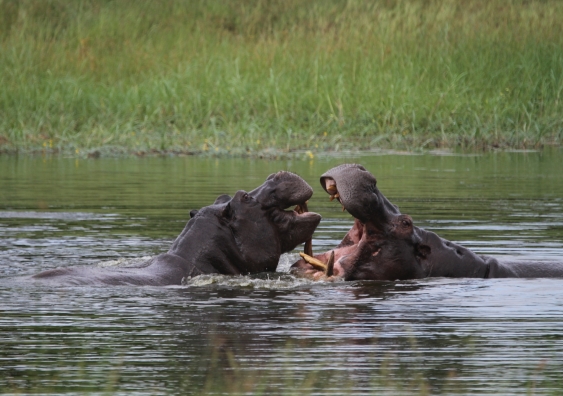 Hippos can be aggressive and are territorial, so filming them via drone is a safe and effective alternative for conservationists, a new UNSW study has found. Picture: Victoria Inman

Study co-author Professor Richard Kingsford, PhD supervisor and Director of the Centre for Ecosystem Science at UNSW Sydney, said their findings showed that drones are an increasingly valuable tool for observing wildlife populations.

“This method will be important for monitoring the age structure of hippo populations in different parts of Africa and to track breeding,” Prof Kingsford said.

“Importantly, our surveys also effectively tracked changes in the hippo pod over time, as adults emigrated from the lagoon as it dried – a typical response of hippos to changing water availability.

“Drones also provide a viable alternative to land-based counts and have low impact on hippos, offering further opportunities to survey inaccessible areas and, just as critically, collect this information safely.”

Ms Inman said there was an urgent need to monitor hippo populations in Africa because of the species’ long-term decline in many parts of the continent.

“Long-term statistics on animal populations are critical for understanding the nature and extent of species’ declines,” she said.

“Drone data could be routinely collected in different river systems, providing a guide to the numbers in hippo pods, seasonal changes and the ability to track the long-term status of hippo populations.

“Our study shows that small, commercially available drones are a simple, affordable and effective method for wildlife conservation organisations to monitor threatened species.”