Associate Professor Zhang talks about the real-world applications of her research which resulted in Alibaba significantly improving their detection of fraud in real-time. 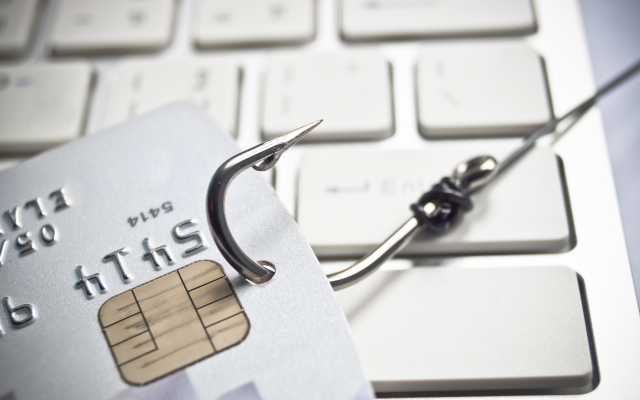 We caught up with Associate Professor Wenjie Zhang who together with Scientia Professor Xuemin Lin heads up Computer Science and Engineering’s research in the area of Big Network Data. For anyone who’s not in the know about what “Big Network Data” is, put simply it has two important parts. Firstly, as hinted by the name, the size of the data is “big”, in fact it contains billions of data points! The other important property is this data is dynamic, meaning that it is constantly updated. For instance, if we look at the data produced from a social platform such as Twitter, every second new users join, more data is added. 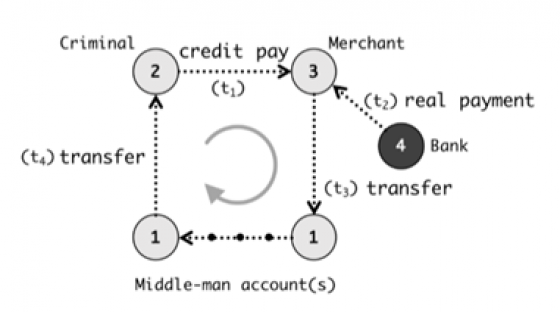 A graph of credit card fraud. Taken from www.vldb.org/pvldb/vol11/p1876-qiu.pdf

So, what are the real-world applications that come off the back of Big Network Data? The team led by Scientia Professor Lin and Associate Professor Zhang are working on applications in areas as diverse as social networks and e-commerce.

Alibaba, the second-largest online retail company in the world, approached the research team with a problem. Their way of detecting fraud online could take minutes or even hours to identify, by which time, the damage is done. What they needed was a way to detect fraudulent activities in real-time, returning the red flags in seconds, or even milliseconds, for them to review.

The UNSW Computer Science and Engineering team came to Alibaba’s aid. They came up with a cycle detection algorithm – identifying that fraudulent activities follow a cycle with a specific constraint. One example that illustrates this is credit card fraud.

“Our technique has improved the accuracy by 50 per cent and the efficiency is increased by order of magnitude.”

She continued, “Similar cycles can be applied to identify money laundering, click farming and merchant fraud.”

It is this real-world use of data that drew Zhang into Big Network Data. “Previously I was working on spatial data, but the practical application of how this data can be used is what attracted me to the field,” she says.

Another research area for the team is social networks. The team has developed a way of identifying what they call “influential” or “critical” users on social platforms.

Let’s take the example of a group of people that go to a GYM class together. They stay connected on social media and encourage each other to attend the workout sessions through a Facebook group. There’s one user who is friends with everyone in the group and has taken on the role of motivator and organiser. She reminds them that “class is on tonight and don’t forget your yoga mat for the stretches”.

If this person left the group, there’s a risk that this online community might unravel.

Using an algorithm, the “critical user” can be identified based on their friends and the structure of the group. If the critical user is friends with everyone in the group, and each member has multiple “friends”, it seems likely that this group is stable. However, if the critical user leaves and people start exiting as a consequence, this community might collapse.

Zhang says, from a business perspective, being able to identify critical users like this would be invaluable. “In the example of the GYM, it would make good business sense to identify who this person is, and potentially offer additional benefits to ensure that they don’t stray to another GYM.”

The team is currently seeking opportunities to work with government and local agencies. If you’re interested in learning more or finding out how Zhang’s research team may be able to assist, contact Zhang.