Dwindling inflows into catchment areas – a water supply disaster in the making? 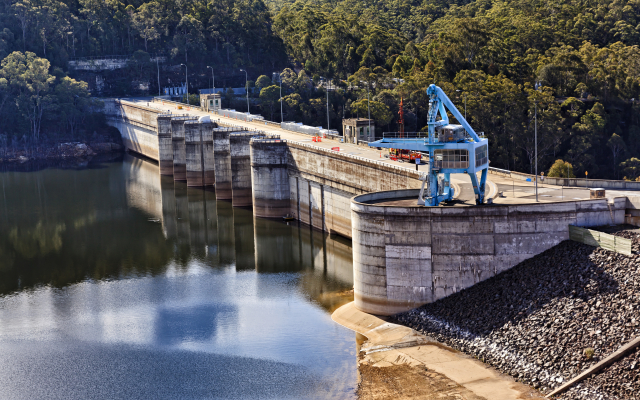 A study by UNSW engineers suggests we should get used to water restrictions as modelling predicts inflows into natural reservoirs are set to decrease.

The frequency of water restrictions in Australia is set to treble by the end of the century after modelling by UNSW Sydney engineers showed climate change will significantly reduce inflows into catchment areas.

Researchers from the University’s School of Civil and Environmental Engineering say reservoir reliability – or the frequency with which a reservoir can supply surrounding urban or rural populations without invoking water restrictions – will fall across the country as we head towards the end of the century. In other words, if a current reservoir is designed to face water restrictions 10% of the time today, by the end of this century this figure will rise to 30%

Study co-author Professor Ashish Sharma says the recent study published in the Water Resources Research journal confirms the hypothesis of the group’s past research that found that the frequent flood events that used to fill dams and catchment areas are now supplying less and less water to those areas.

“In our previous research we found that for each degree rise in temperature, you have roughly 10 to 15% reduction in the flood peak,” Professor Sharma says. “This is despite the fact that with increased temperature, you store more moisture in the sky and hence cause more intense storms.”

“Why this happens is because the higher temperatures are drying out the soils faster than before. So now when it rains, a lot of the water that would have previously ended up in the dams is now being absorbed into the parched soil. And so these frequent flood events are now delivering less water to natural reservoirs.”

Professor Sharma says the earlier paper speculated that the reduced flood peaks would translate into water insecurity as the demand of rising urban populations and intensive agricultural irrigation threatened to outstrip supply.

“To use the example of Sydney, when Warragamba Dam was built in 1960, Sydney’s population was a lot smaller, but they had designed the capacity of the dam taking into account how big the population might get.

“So Sydney’s demand has been increasing, as predicted. But what they had not speculated was that the supply into the dam may decrease. While our research is not focused on Sydney’s water supply, it clearly indicates inflows are likely to reduce across the country and our current water supply infrastructure is unsustainable as temperatures continue to rise.”

The knock-on effect of a growing population in a drying climate leading to more pressure on water reserves has led us to the Level 2 water restrictions – something we should now get used to, Professor Sharma says.

“The current Level 2 and higher restrictions that apply to most supply areas used to be viewed as extreme measures. But the modelling tells us that it’s not that extreme, but rather, a sign of things to come,” he says.

The current study examined what the modelling projected for the years 2070 to 2100 in Australia after temperature rise and changed rainfall patterns were factored in. Professor Sharma says governments need start planning now to mitigate the effects of more water restrictions and dwindling water inflows.

“Water restrictions will not be able to sustain the dams on their own, we need to approach this from many directions.

“For the big cities near the sea we can use desalination plants, while more can be done to recycle water and incentivise installation of rainwater tanks.

“But farmers can’t be supplied water from a desalination plant, and they’re the ones who are facing the brunt of it because the soils are getting dry. So we may need to think about crop management – for example, looking at growing more water-hungry crops in wetter parts of Australia as well as water transfers to drier parts, where these are viable.

“All of this is by no means easy, these are complex decisions. We need to put all the options on the table and assess which ones make the most socio-economic sense.

“But we need to at least start the assessment process now.”