How to change society for the better through music

A UNSW School of Arts and Media PhD candidate is combining his interest in improvised music and audience participation in the hope of creating positive social change.

As a wave of political and social unrest sweeps South America, thousands of people are banging pots and pans in unified protest against governments in the region.

This popular protest known as the cacerolazo – meaning casserole in Spanish – originated in Chile as a way of opposing the Allende regime in the seventies and has since been used around the world.

According to UNSW School of Arts and Media PhD candidate Ryan Martin, it is the participatory, improvised qualities of the practice which maximise its effectiveness as a form of protest.

“Anyone can join the group, and all that is needed are everyday cooking utensils found in any household,” Mr Martin says.

“The fact the rhythms are improvised means that no pre-planning or special skill is required to join in either. Although this pot banging is often combined with chants and regularly appears in the context of a march, its musical nature makes it impactful in ways other forms of protest often lack.” 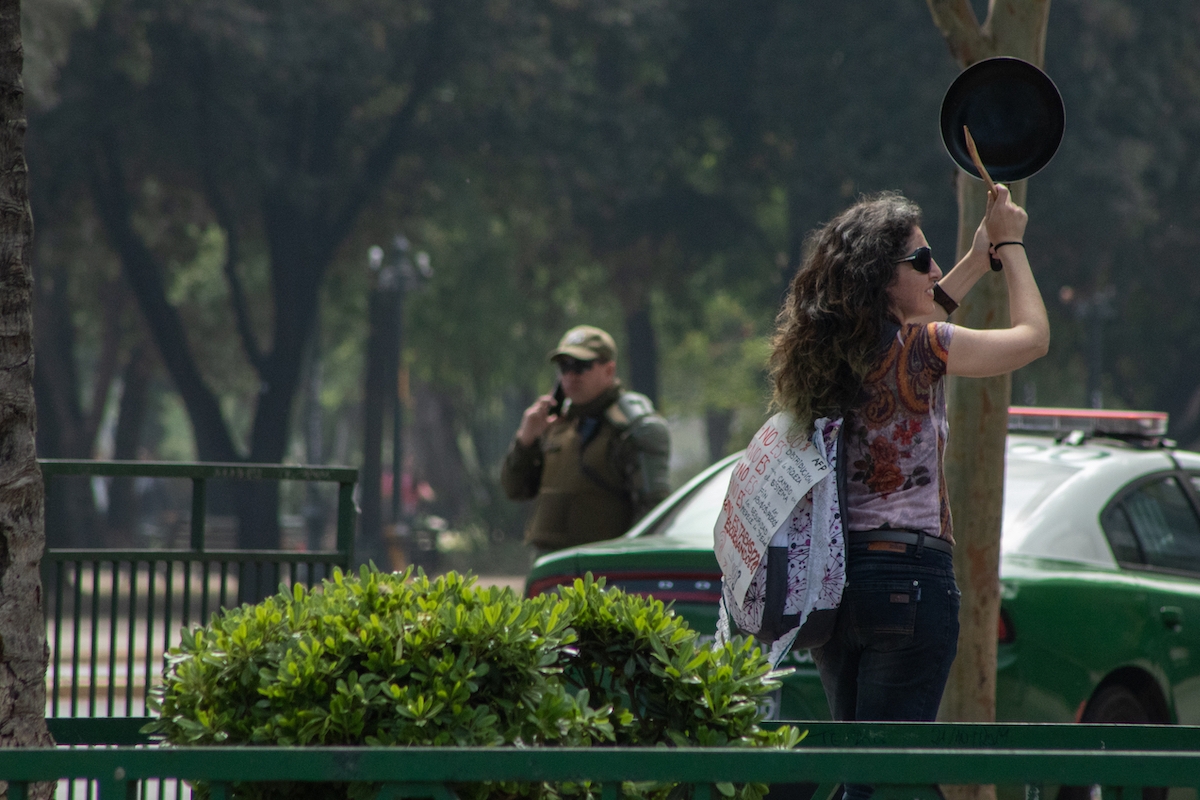 “(The cacerolazo) transcends language barriers because many in South America know what the sound of it symbolises,” he says. “It fills the surrounding space making it pretty impossible to avoid. Humans can naturally detect and match their movement to music (a phenomenon called entrainment), and so, it is an effective way of encouraging large groups of diverse people to work and move together.”

Mr Martin is investigating not only why these musical practices contribute to social change, but also in what specific ways this happens.

He will create his own participatory, improvised musical work, and will interview and observe others to understand how it affects people.

“For example, it has been applied in various community music therapy programs to help patients learn important social and communication skills,” he says. “In the case of patients with mental impairments, music is often a useful way to overcome communication problems. Even if they lack linguistic forms of expression, the more ambiguous and physical nature of music allows these people to represent themselves in some way.”

Participatory, improvised music can also help beginner musicians who have lived experience of disability change the “often negative perception of people with disabilities… by demonstrating that they can be confident, powerful, and communicative,” he says.

Mr Martin played electric guitar in high school before studying a Bachelor of Music at UNSW.

“While I played mostly rock in high school, I took up jazz during my first year at university,” he says. “As I continued with my jazz training, I realised that improvisation was the part I enjoyed most. I expanded my interests to more open approaches to improvising as the years went on.”

In his Honours year, he created an original, improvised work which featured some audience interaction, which led to his PhD topic.

“It can sometimes feel like the only way to create real change is through a radical technological breakthrough or instigating innovative policy changes,” he says.

“In reality, there are many avenues through which we can change society. Changing peoples' minds or improving their skills through art is one path that I think gets less attention than it should, something I intend to change with my research.”