Impeachment of a US president: how does that work?

From Mitch McConnell to milk, here's a breakdown of the impeachment process. 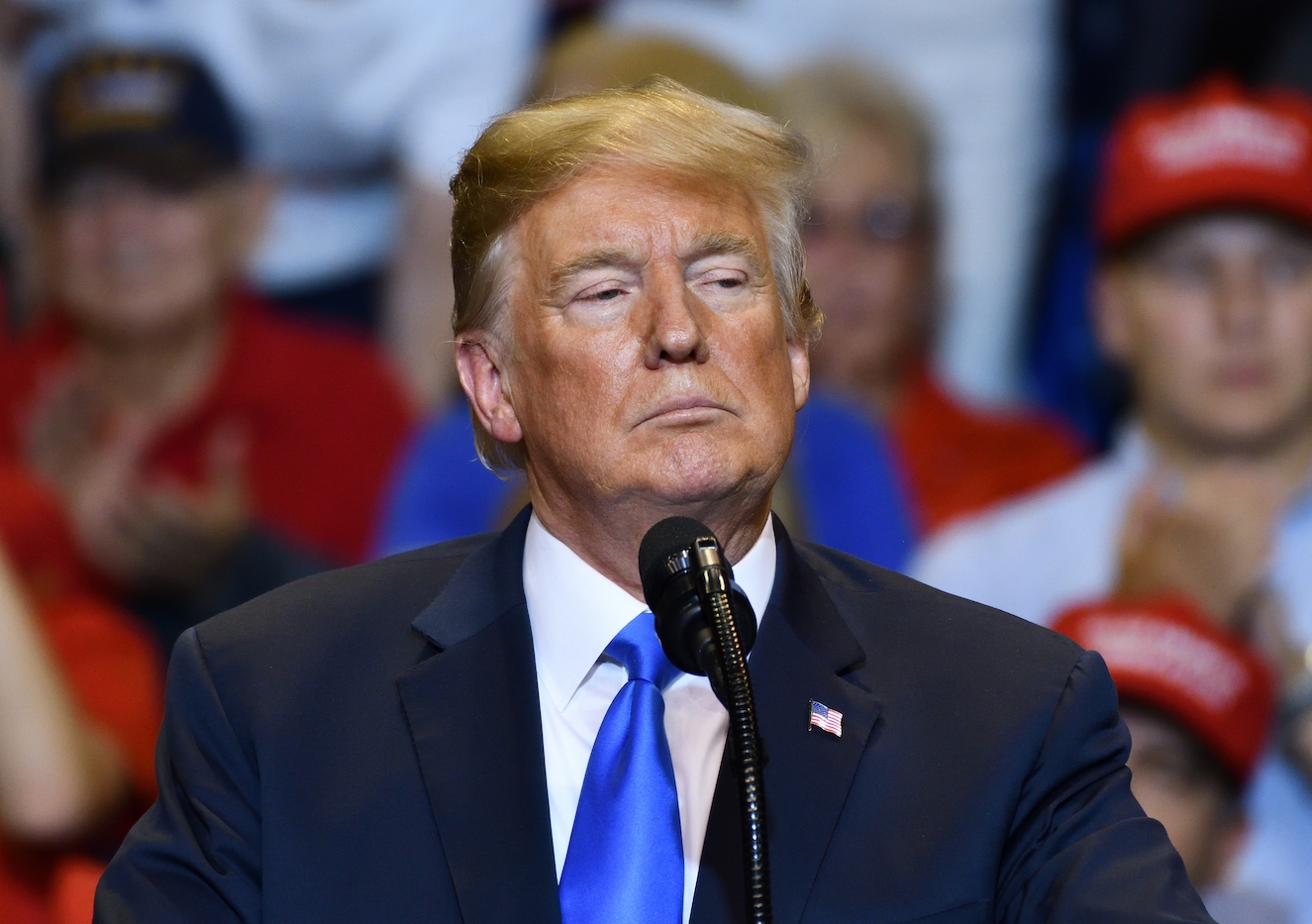 The impeachment saga playing out in the United States might appear complicated, especially with the saturation of media coverage. UNSW Law's Dr James Metzger explains the seemingly obscure congressional process and structures that underpin it.

Impeachment is a constitutionally established process by which a legislative body levels charges against a government official, and sets out the recourse for removing them from office. The founders of the United States were concerned about presidents misusing their office, thus established a way to remove them from office.

Impeachment, in itself, does not remove an official from power. Rather, it is similar to an indictment in criminal law – it is the statement of charges against the official. In the United States, once the House of Representatives passes the Articles of Impeachment, the President is impeached, setting in motion an impeachment trial in the Senate, who will decide the President's fate.

“President Trump is already officially impeached, but that is only part one in the process,” Dr Metzger says. “The Constitution gives the House of Representatives the power to impeach the president, and the Senate the responsibility of conducting the trial following impeachment, which is something that often gets misunderstood by people,” Dr Metzger says.

Whereas in some countries the official is provisionally removed, in the United States they can remain in office and still serve during the trial. The impeachment process in the House and Senate is specified in Article I of the US Constitution (Sections 2 and 3, respectively).

What is an impeachable offence?

In the United States, the standard for impeachment is limited to those who may have committed ‘treason, bribery, or other high crimes and misdemeanours', which is set out in Article II (Section 4) of the US Constitution.

“What the impeachment process is – when the House is conducting it in the first place – is about determining what might be considered a high crime and misdemeanour, and whether that should result in the impeachment of the president,” Dr Metzger says.

The House Judiciary Committee approved two articles of impeachment for the charges of Abuse of Power and Obstruction of Congress, alleging that Donald Trump sought assistance from Ukrainian authorities to favour him in the 2020 US presidential election. 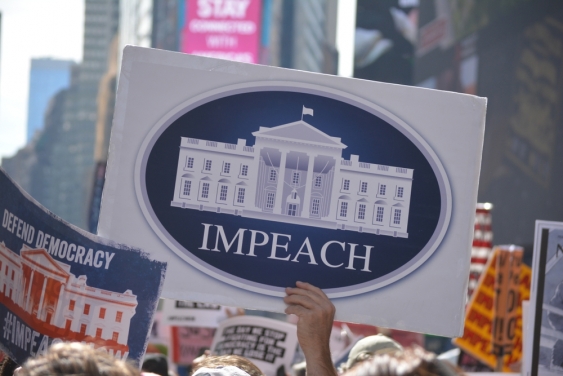 “What becomes tricky, conceptually, about the process of impeachment and trial, is that high crimes and misdemeanours end up becoming much more political than it is legal,” says Dr Metzger. “The term high crimes and misdemeanours is essentially a term of art – nobody really knows what that term means, or even what the Founders specifically meant when they put it into the Constitution."

Although there is a legal dimension to it, because a breach of the law would almost certainly constitute either a high crime or misdemeanour, it is not limited strictly to violations of the established law. In other words, the President doesn't necessarily have to have committed a crime for which he could be prosecuted in a criminal court to be impeached.

'The term high crimes and misdemeanours is essentially a term of art – nobody really knows what that term means.'

“The standard isn't necessarily going to be a legal standard – in other words, the evidence doesn't have to prove a charge beyond a reasonable doubt. It can be something of a legally related standard, like abuse of office, which is what Trump has been impeached on,” says Dr Metzger.

“What the defence will essentially say is that the articles of impeachment are essentially defective because they don't allege an actual violation of existing US law. But most constitutional scholars generally don't agree with that view.”

What is the impeachment trial process?

The trial held in the Senate assesses the House's charges against the official and decides whether to remove an impeached person from office. The Constitution designates the 100 senators as the jurors in the impeachment trial, who are sworn under oath to be impartial.

In this trial, the House of Representatives acts as a prosecutor and selects House Managers to argue their case. The President's lawyers are the defence team. “The President does not have to appear in person at the trial and historically has not,” Dr Metzger says.

The Chief Justice of the Supreme Court is the presiding officer and is responsible for making procedural rulings during the trial – although the Senate can vote to overrule his decisions.

Though referred to as a trial, it is a political process and doesn't necessarily follow the conventions of criminal prosecution. The Senate decides the rules and the structure of the trial – whether they call witnesses, and whether to include evidence.

“Mitch McConnell, who is the Senate majority leader, his draft rules are somewhat based on Bill Clinton's impeachment trial,” Dr Metzger says. “The big issue that's outstanding is whether the Senate is going to allow for witnesses to be called and for additional documents that were not part of that Congressional Record to be entered as evidence.” 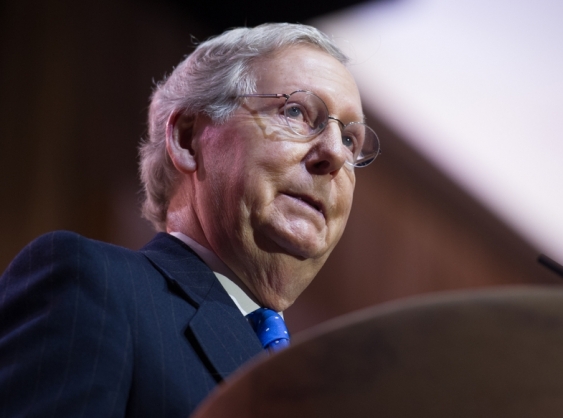 The trial ends in a vote on each article of impeachment — to either convict or acquit the President. It takes a two-thirds supermajority vote of the chamber (67 out of 100 senators) to convict an impeached president – a higher threshold than an ordinary vote. A vote to convict on even one article will remove the President from office.

“A decision will probably be made fairly quickly after the proceedings conclude, perhaps even immediately after, depending on whether witnesses are called and documents are entered – that would likely extend the trial. But the vote could be done as early as this week,” Dr Metzger says.

Senate Majority Leader Mitch McConnell has shown no interest in subpoenaing witnesses who did not testify before the House. He has indicated he'd like the proceedings to be short, and there is little indication that the Republican-controlled Senate will vote to convict.

“You would need 20 Republicans to defect and vote with the Democrats to remove the President from office. So, certainly in the current political climate, it is very unlikely to happen,” Dr Metzger says.

Is this the first impeachment of a US president?

No president has ever been removed as a direct result of impeachment, although Richard Nixon resigned from the office in the face of almost certain impeachment and removal from office – the only time an American president has done so. Donald Trump is just the third US president to be impeached by the House of Representatives.

Though referred to as a trial, it is a political process and doesn't necessarily follow the conventions of criminal prosecution.

“Andrew Johnson was one vote away from being removed from office. Bill Clinton came out of the impeachment trial without too much damage done to his presidency or his administration. It certainly seems that unless there is some gigantic bombshell that happens in the next few weeks, Trump is likely to survive this impeachment as well,” says Dr Metzger.

If Trump is removed from office, who becomes the president?

In the unlikely event that Trump is removed from office, under the 25th amendment which addresses succession of the president, Vice-President Mike Pence would assume the office and would be sworn in as the 46th president of the United States. This would not, however, impact the constitutionally mandated elections which would still go forward in November.

“There could be a challenge to Mike Pence, so he might not end up being the Republican nominee in November, but he would assume the presidency right now,” says Dr Metzger.

However, all signs point to this having a little impact on Trump's chances of being re-elected, according to Dr Metzger.

“I think the stronger possibility is that the whole impeachment process is going to affect both the House and the Senate races. In particular, some vulnerable Republican senators are up for re-election, and there could be some blowback.”

What are some lesser-known facts about impeachment?

Water and milk are the only approved beverages in the chamber and speaking during proceedings can land you in jail.

There are also some reports that Senators have taken to crossword puzzles and books to amuse themselves and pass the time.

“There's a type of pageantry that ends up being part of the impeachment trial process. Even when there's a vote happening in the Senate, you'd rarely have all 100 senators at any given time, just sitting all together at their desks in the Senate chamber. Forget about staying silent on pain of imprisonment and drinking milk, but just in the room at the same time sitting down – it hardly ever happens,” Dr Metzger says.