Moving back in: the rise of multigenerational households

Living with your parents is not all about saving money or free childcare, says Dr Edgar Liu from UNSW’s City Futures Research Centre. 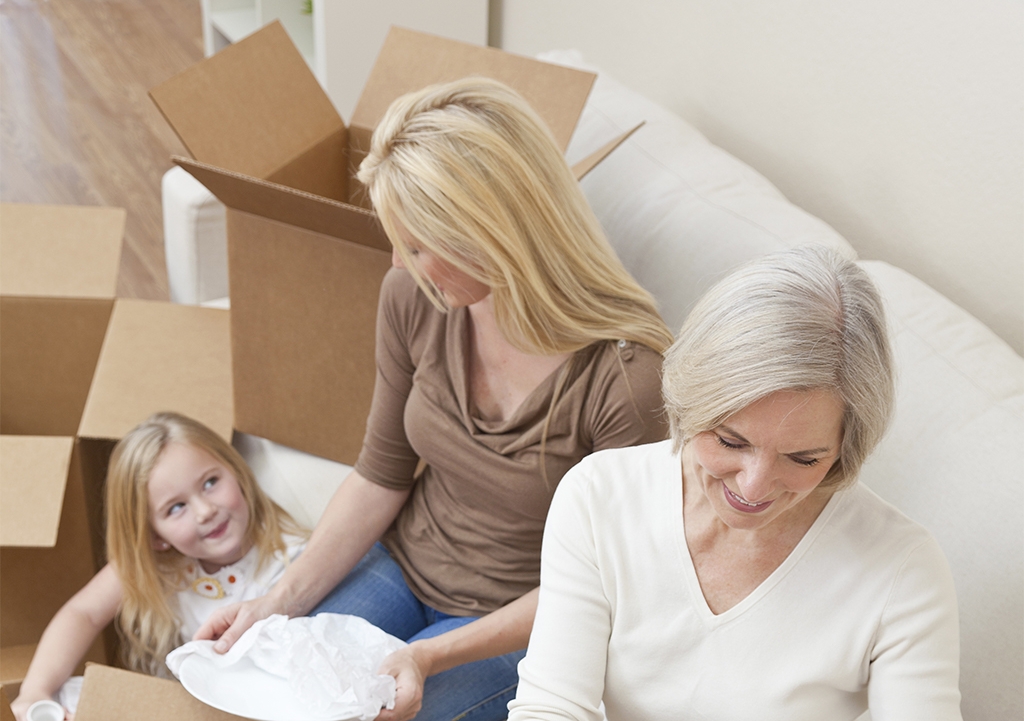 If you’re feeling stressed from increasing life and financial pressures and thinking about moving back home, you’re not alone. In fact, many families are reconsidering their living options and moving in with their relatives: kids, parents, grandparents, all under the one roof.

Multigenerational living arrangements thought to be more commonplace in many parts of the world are quietly emerging in Australia. Research from the UNSW City Futures Research Centre shows one in five Australians live in a multigenerational household. That increases to around one in four Sydneysiders who live with multiple generations of relatives.

“You have young people who, increasingly, are unable to afford to leave home, and at the same time, you have [their parents and grandparents] experiencing perhaps similar financial stress,” Dr Liu says.

While most families are entering into the arrangement for financial reasons, many choose to stay for the support.

“‘We find that whether forced to live in the arrangement because of financial pressure or not, people like having their family around, and having that companionship and support.”

“It’s a way for families to stay connected, and allows for greater intergenerational connections...especially for the older generation, they can be closer to the family and spend more time with the grandkids.”

Dr Liu says that the desire to age in place, rather than move into institutional aged care, may also be behind the growth, noting that government support for institutional care has also changed over the last 20 years.

“The fastest-growing age group for multigenerational household members is the over 65’s,” he says.

“There’s an aversion to moving into aged care for obvious reasons we see now, with the Aged Care Royal Commission, and policy-wise, the government doesn’t want people to move into institutions; they want people to live in the general community. So, more families are considering providing that care and support themselves.”

But it’s not all about saving money or free childcare.

“There are some incorrect assumptions that families just have free childcare, but you can’t just keep using your parents to babysit because they have their own life to live as well,” Dr Liu says. “And of course, if your children are being looked after by your own family, you don’t get any government support, and it still costs money to run the household.”

While living all under the one roof may suit some relatives, for others, it can put further strain on family relationships.

“It can be a good thing if it is a choice – and certainly a lot of the people we surveyed said it is something they want to do, not necessarily because they can’t afford to live by themselves.”

“But for some, particularly the middle generation, it can leave them feeling burdened,” Dr Liu says. “There can be an assumption by their siblings that the elderly parents are just completely taken care of so they don’t need to help out, which is not necessarily the case.”

One common complaint raised in multigenerational households is noise and lack of privacy.

“A lot of the housing we have is open-plan living, so there’s no audio and visual privacy. It’s not very pleasant if the only place you might be able to get privacy in your home is your bedroom.”

Dr Liu says if the upward trend towards multigenerational living continues, it will have significant policy implications for urban planning as well as aged care services.

He says that government and developers are not building the type of multigenerational homes people need – and that the deficit in suitable housing is unlikely to change.

“It’s quite hard to find a house with enough bedrooms that’s affordable, has reasonable access to jobs and services appropriate to the needs of each generation,” he says.

“At the moment, much of the new housing we see are provided as apartments, and they are typically small with 1-2 bedrooms, which is not really suitable to most family arrangements. So it is a bigger planning issue around how we have the right mix of housing for people.”