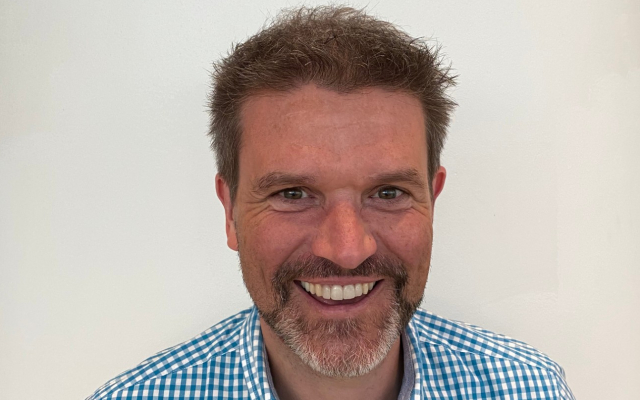 CSE will welcome Professor Aaron Quigley from mid-August as the School’s new head.

The Dean of Engineering today announced that Professor Aaron Quigley has been appointed as Computer Science and Engineering’s next Head of School.

Professor Mark Hoffman, Dean of Engineering said, “Aaron’s appointment follows an extensive international search to Head one of the most significant schools in the University. CSE is fundamental to the future success of not just Engineering, but many other disciplines across UNSW.

“This is an outstanding appointment for Engineering and the University.”

Professor Quigley said, “I’m honoured to be joining Australia’s Global University and this renowned School. Having studied and worked in Australia, I’m looking forward to returning to work with committed global leaders in UNSW. I aspire to help grow and develop the staff, School and an excellent student experience so we further excel as a world-leading School.”

Professor Quigley is an ACM distinguished speaker and is currently the Director of the Scottish Informatics and Computer Science Alliance (SICSA), a collaboration of 14 Scottish universities which has secured over £25m of funding to date. He is also co-chair for the ACM CHI Conference on Human Factors in Computing Systems, a premier international conference for the field of Human-Computer Interaction (HCI), having served as the ACM SIGCHI Vice President and chaired many conferences. Aaron was also a convenor for the ACM Future of Computing Academy

His research and development have been supported by the EPSRC, AHRC, JISC, SFC, NDRC, EU FP7/FP6, SFI, Smart Internet CRC, NICTA, Wacom, IBM, Intel, Nvidia, Google, Microsoft and MERL. He has published over 180 internationally peer-reviewed publications and holds three patents. He has held academic and industry appointments in Singapore, Australia, Japan, USA, Germany, Ireland and most recently the UK.

"It's been my great pleasure to work with Aaron over the last 10 years, through his involvement with the Scottish Informatics and Computer Science Alliance, the Aspekt project, the DataLab and as a member of the ScotlandIS board. He and I were both members of the small bid team that established The Data Lab, Scotland's data innovation centre, a challenging task involving working all the hours,  as we took on a wide range of political, financial and practical challenges.

Aaron is a dedicated, energetic and very connected member of the academic community both here and internationally, and one of those rare people who can work closely with industry and understand the commercial challenges industry faces. He's a great champion to have on your team and has always been generous in sharing his insights and knowledge and hugely supportive of his students and colleagues."