The story of a wave: from wind-blown ripples to breaking on the beach

There's much more to waves than the part you see at the beach. And it can all start hundreds, if not thousands, of kilometres from the shore. 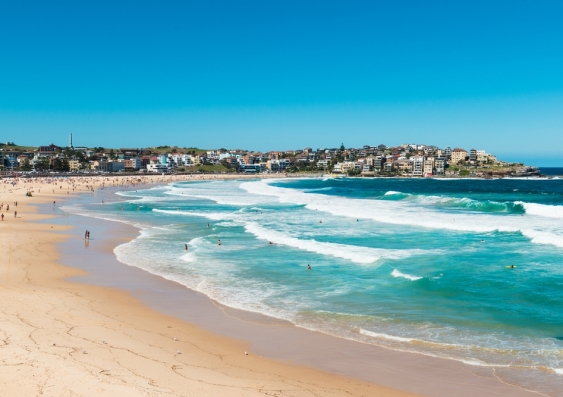 It’s a cliché, but Aussies love the beach. And little wonder: with 36,000 kilometres of coastline, Australia is blessed with some of the best beaches in the world.

Around 20 million Australians live within 50 kilometres of the coast. As summer temperatures soar, we flock to the ocean to splash, swim, surf, paddle, and plunge in the waves.

But where do those waves come from? How do they form, and why do they break? As it turns out, what we see at the shore is just the last few moments of an epic journey.

The waves we see crashing on the beach can begin their lives tens of thousands of kilometres away. Surface waves, as they are known, are born when the wind blows over the ocean, amplifying small ripples and transferring momentum from the atmosphere to the water.

The height of the wave depends on how long the wind is blowing and the distance – or fetch – over which it blows. The largest waves are created by distant storms, which churn up the surface of the ocean and radiate waves outwards like ripples in a pond.

Surface waves don’t move the water itself very far – each water molecule travels forward and back in a circle a few meters across and ends up back at its starting point.

As the wave crest rises, water molecules gather gravitational potential energy that is released as kinetic energy when the water descends into the trough of the wave. This energy is then passed onto the next crest in a see-saw of kinetic and potential energy that can propagate across an entire ocean basin.

Once a wave leaves the open ocean and approaches land, the sea floor begins to exert its influence. Surface waves transmit their energy more slowly in shallow water than in deep water. This causes energy to pile up near the shore. Waves start to shoal, becoming taller, steeper, and more closely spaced.

Once a wave grows too steep to hold together, it breaks. Breaking waves come in different varieties.

Finally, surging waves occur when the shore is almost vertical. These waves don’t produce breakers but rather a rhythmic rise and fall of the sea surface.

The shape or topography of the sea floor – called bathymetry – can have remarkable effects on breaking waves. If the depth of the sea floor changes parallel to the coast, incoming waves will refract or bend so their crests line up with the shoreline.

The effect can be clearly seen near headlands: waves close to the headland move slowly because the water is shallow, while waves further out move more quickly. This causes waves to curl around the headland like a marching band rounding a corner.

Bathymetry is also responsible for some of the biggest waves on Earth. Famous big wave surf spots like Mavericks in Northern California and Navarre in Portugal benefit from undersea canyons that refract incoming waves and focus them into monsters. The Navarre wave originates from an undersea canyon almost 5 kilometres deep to produce waves as tall as an eight-storey building.

The story of a wave doesn’t end when it breaks, however. Breaking waves push water towards the shore, raising the water level. This water will try to flow back offshore via the lowest point along the beach. The result is a rip current: a swift, narrow current that flows out to sea.

Rip currents are Australia’s number one coastal hazard, responsible for more fatalities per year than shark attacks, bush fires, floods, and cyclones combined. Inexperienced swimmers caught in a rip can panic and try to swim against the current, which is a dangerous recipe for exhaustion. Yet most Australians are unable to identify a rip current, and two-thirds of those who think they can get it wrong. 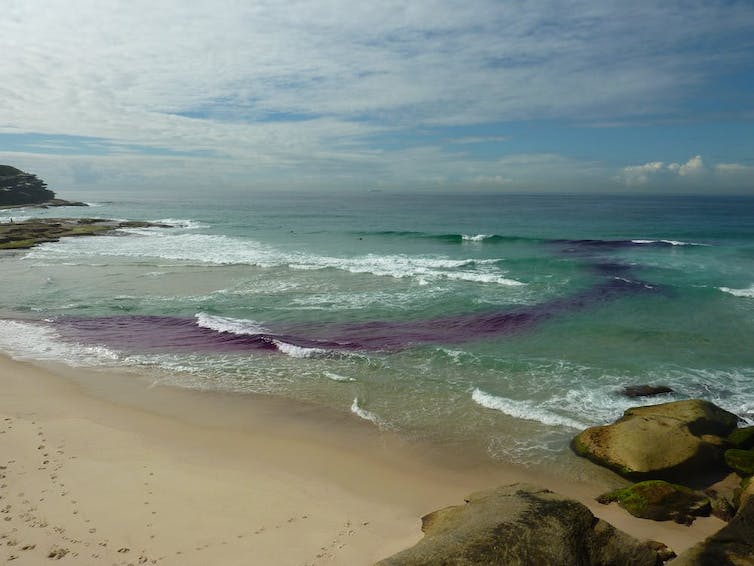 To spot a rip, look for a gap in the waves, a dark channel, or ripples surrounded by smoother water. The safest thing to do is to stick to patrolled beaches and swim between the flags. If you do find yourself caught in a rip, Surf Lifesaving Australia advises you to stay calm and conserve your energy.

Rip currents are usually quite narrow, so swim at right angles to the current until you are outside the rip. If you are too tired to swim, tread water and let yourself go with the flow until the rip weakens and you can signal for help.

Above all, if you are unsure, don’t risk the rip. Sit back and enjoy the waves from a safe distance instead.