Perhaps 2°C doesn't sound like much, but if you look through history, 2°C temperature changes have had huge effects on the planet and people. 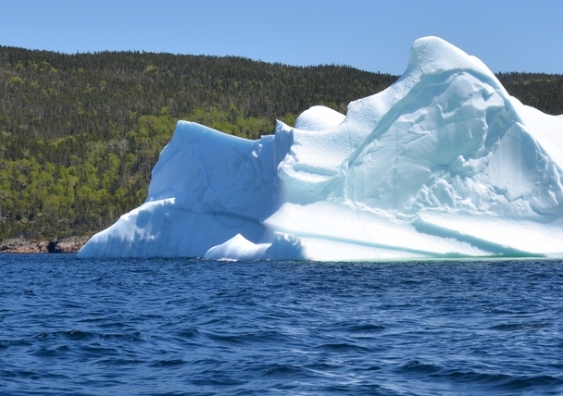 The latest report from the Intergovernmental Panel on Climate Change (IPCC) states that without a substantial decrease in our use of fossil fuels, we are on track for a global average increase of 2℃ in the next few decades, with extremes of between 3 to 6°C at higher latitudes.

But 2°C doesn’t really sound like much. Wouldn’t it just mean a few more days of summer barbeques?

While 2°C might seem negligible, the peak of the last ice age was characterised by a 2-4°C drop in global temperatures. This shows just how great an effect this seemingly small change in temperature can have on Earth.

The last ice age occurred primarily as a result of changes in Earth’s orbit, and relationship to the Sun. Coolest conditions peaked 21,000 years ago. Reductions in atmospheric carbon dioxide and sea surface temperatures reinforced the cooling trend.

Globally, the most significant impact of the ice age was the formation of massive ice sheets at the poles. Ice sheets up to 4km thick blanketed much of northern Europe, Canada, northern America and northern Russia.

Today, these ice caps would displace around 250 million people and bury cities such as Detroit, Manchester, Vancouver, Hamburg, and Helsinki.

As water turned to ice, the sea-level dropped to 125 metres lower than today, exposing vast areas of land. This enlarged continent - 20% larger than Australia today - is known as “Sahul”.

In Australia, many of our major cities would have found themselves inland. Northern Australia joined to Papua New Guinea, Darwin harbour was 300km from the coast and Melburnians could have walked to northern Tasmania. 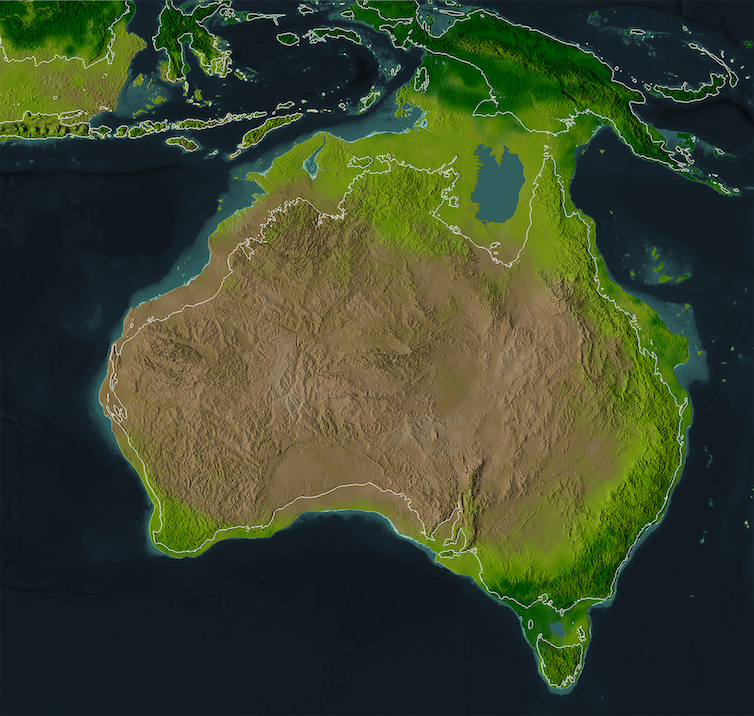 The enlarged continent caused climatic changes. Evidence from across much of Australia suggests the ice age was arid and windy - in some respects similar to conditions we have seen in recent times – and extended over approximately 200 human generations (about 6,000 years).

The monsoon, which delivers rainfall across the top third of the continent and into the arid centre, was weakened or at least moved offshore. The winter westerlies that bring rain across southern Australia also appear to have sat further south in the Southern Ocean.

With less rainfall, the arid zone was greatly expanded. Today’s semi-arid zones, many of which form an integral part of our agricultural belt, would have turned to desert.

A weather report for the last ice age.

First, they appear to have retreated into smaller “refuges” – key areas with access to fresh water. Today, we’d all have to move to eastern NSW, Victoria, or isolated areas such as Cairns and Karratha, based on archaeological data.

Second, populations dramatically declined, perhaps by as much as 60%, as the availability of food and water decreased. This means some of the most adaptable people on the planet could not maintain their population in the face of climate change.

Today that would equate to the loss of 15 million people, or the combined populations of the largest six cities in the country (Sydney, Melbourne, Brisbane, Canberra, Perth and Adelaide). 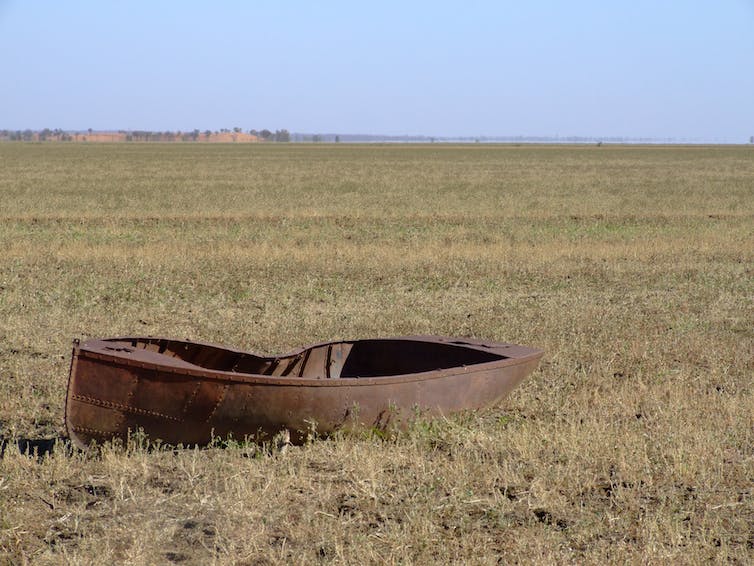 An increasingly dry inland Australia occurred 21,000 years ago, and is predicted again for the near future. Alan Williams, 2009

What fate awaits us?

Current projections, of course, suggest an increase rather than a decrease in planetary temperatures of 2°C or more. However, in some respects, conditions in Australia later this century are likely to be similar to the last ice age, albeit via different climatic mechanisms.

Predictions suggest more frequent occurrence of hot days, as well as hotter days, and increasing variability in rainfall, with heavier falls when they occur. Cyclones may also become more intense across the top end, while increasing evaporation inland will likely see arid zones expand. The result may be similar to the last ice age, with increasing dry spells, especially inland.

Changing sea-levels (rising rather than falling) will similarly impact populations along the coastal fringe. Predictions of sea-level rise over the next century range from 19-75cm. This website - coastal risk - shows how sea-level rise will affect various parts of Australia. With 50% of our population within 7km of the coast and increasing, sea level changes associated with a global 2°C warming will impact most Australians. 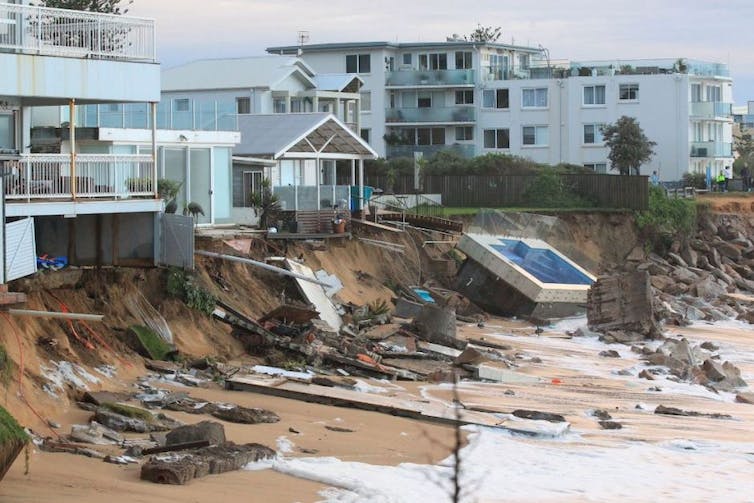 Storm damage in the northern beaches of Sydney in 2016. Sea-level rise is expected to affect the coastal fringe. Australian Associated Press

How should we respond?

Our agricultural systems produce higher yields than the earlier food producing systems used by Aboriginal people, but are much more vulnerable to disruption. This is because they are limited in geographic spread (such as the Murray-Darling Basin and Western Australian wheat belt), and located where the impact of climate change will hit hardest.

As a result we’ll likely see large-scale failure of these systems. As the struggling Murray Darling Basin shows, we may have already exceeded the ability of our continent to supply the water that sustains us and the environment on which we depend.

We should do our utmost to ensure governments meet their commitments to the Paris climate agreement and reduce carbon emissions to zero by 2050. But it would also be prudent for researchers and policymakers to identify modern day refuges in Australia, and plan the long-term sustainability of these regions in the event climate disruption cannot be reversed.