Vital Signs: A 3-point plan to reach net-zero emissions by 2050 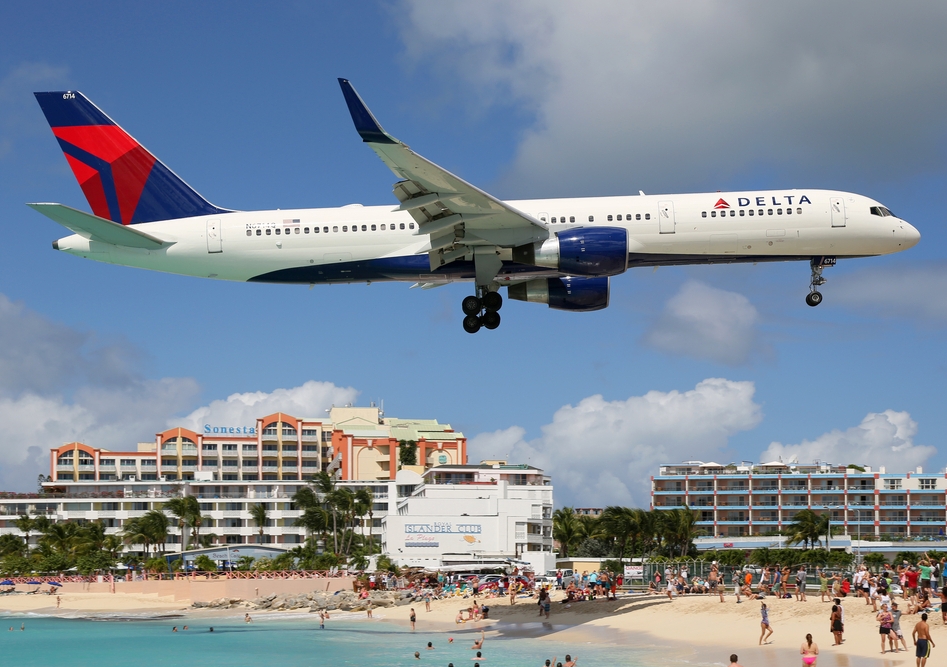 Every January Larry Fink, the head of the world’s largest funds manager, BlackRock, sends a letter to the chief executives of major public companies.

This year’s letter focused on climate risk. “Climate change has become a defining factor in companies’ long-term prospects,” Fink wrote. To put sustainability at the centre of its investment approach, he said, BlackRock would stop investing in companies that “present a high sustainability-related risk”.

Now business leaders – even big money managers – express opinions all the time, and major companies keep doing what they are doing. But this was different.

It’s emphasised in bold type. That’s something to which chief executives pay attention.

Even before the letter was sent – but knowing what was coming – major US companies like Amazon, Delta Air Lines and Microsoft announced new climate action plans.

These three companies are in different industries with different abilities to take action. But the plans they’ve outlined illuminate the three key strategies needed to achieve net-zero carbon emissions by 2050.

The airline’s goal by 2050 is to cut its carbon emissions to half the levels they were in 2005. It plans to do this through a combination of fuel-efficiency measures and helping spur the development of more sustainable jet fuels. In the medium term (up to 2035), its goal is “carbon-neutral growth”, buying carbon offsets for any increases in emissions from jet fuel due to business growth. 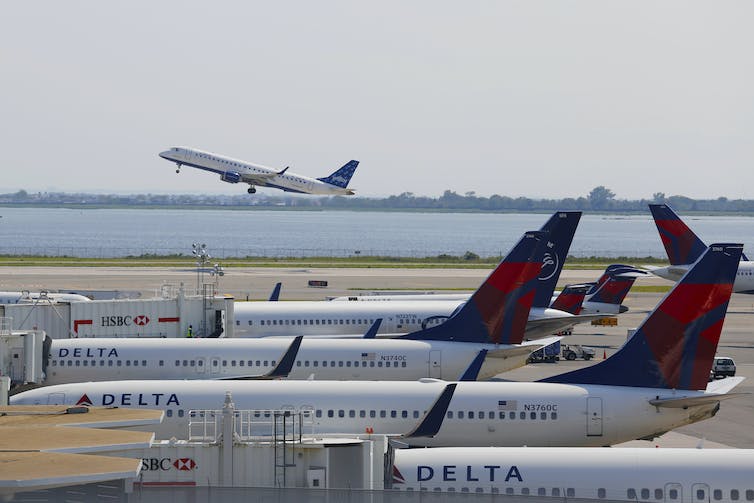 Delta Air Lines operates about 5,000 flights a day. Jet fuel accounts for about 99% of its total emissions. Shutterstock

Let’s consider the economics of the Delta plan – at least up to 2035.

Buying carbon offsets increases the airline’s costs. These are passed on to customers – in which case it is simply a form of carbon tax – or paid for by shareholders through lower profits. I’m betting it’s not the shareholders who will pay.

So Delta is essentially imposing its own carbon tax in the hope customers who care about the environment will be more attracted to its brand or that other airlines follow suit.

Amazon, which reported a carbon footprint of 44.4 million metric tons in 2018, is doing two broad things.

The company has a fleet of about 30,000 delivery vans. It plans to have 100,000 electric vehicles by 2024. This will reduce the company’s carbon footprint so long as the vans are charged with power from sustainable sources.

Amazon’s founder, Jeff Bezos, has also announced the Bezos Earth Fund, which will give away US$10 billion in grants to anyone with good ideas to address climate change or other environmental issues.

Moving to electric vehicles is a smart hedge against rising fuel costs from a price on carbon – something that already exists in California.

The Bezos Earth Fund, meanwhile, is an excellent example of taking money generated from maximising shareholder value – Amazon is valued at about US$1 trillion and Bezos’s personal fortune (pre-divorce) was about US$130 billion – and redistributing it to socially productive causes.

Finally, Microsoft – the least-carbon-intensive business of the three mentioned here – plans to be carbon-negative by 2030, and by 2050 to have offset all the emissions it has been responsible for (both directly and through electricity consumption) since its founding in 1975.

Since 2012 it has had an “internal carbon tax”, which in April 2019 was doubled to US$15 a tonne. This price mechanism is used to make Microsoft’s business divisions financially responsible for reducing emissions.

On top of this, Microsoft has developed the AI for Earth program, which provides cloud-computing tools for researchers working on sustainability issues to process data more effectively.

Australia’s Coalition government and Labor opposition would do well to heed the lessons of these three companies.

Together they show three clear strategies:

Our political parties both have one out of three. Right now Labor has announced a goal. The Coalition is promising a technology plan some time soon.

But neither of them advocates a price on carbon, without which neither technology road maps nor ambitious goals will translate into sufficient emissions reductions.

Technology investment, a carbon price and clear goals are all necessary to effectively reduce carbon emissions. Without all three we are bound to fail.

And we no longer have time for that, according to climate scientists.