The Iowa caucuses have been criticised for being unrepresentative. But there are good reasons for small states to go first in the US primary process. 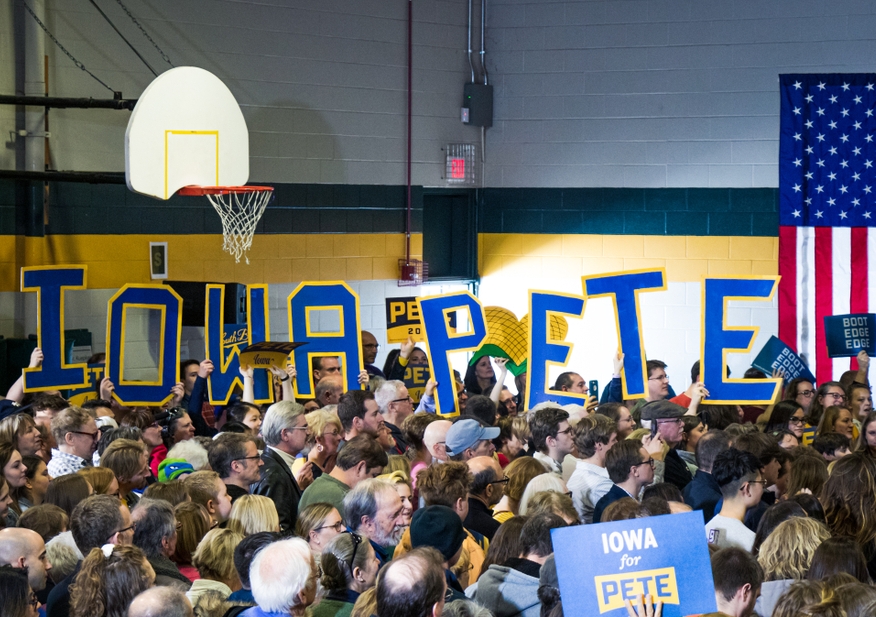 The most notable thing about this year’s Iowa (Democratic) caucuses was the debacle where results could not be reported on the night – and indeed for a good while after. Some combination of new reporting requirements, a defective app and poor training conspired to make a mockery of Iowa’s “first-in-the-nation” status.

That said, it’s still worth understanding why the Iowa caucuses have for so long held the powerful position of being (as described in the television show The West Wing), “The presidential wine-tasters of America”, and whether they might, notwithstanding the chaos of this year, retain that privilege.

How the caucuses work

US primary elections generally involve two steps. Voters registered with one or other of the parties vote for their preferred candidate. The proportion of votes a candidate gets is translated into a number of state “delegates” who then vote on their behalf in the national primary.

Whereas most US states use the now familiar process of individuals voting alone in a booth (or via the post), Iowa is one of four states that continue to use the older method of caucuses.

A caucus essentially means a gathering of supporters. The Iowa caucuses have two steps. One is foreign to Australians. The other is more familiar.

First, there is no secret ballot. Registered Democrats show up in their precinct, often at a high-school gym, and cluster into groups representing the candidate they most prefer. This is known as the “first alignment”.

If less than 15% of the precinct’s voters support a candidate, that candidate is deemed “non-viable”. Their supporters can then move to support another candidate.

This process is somewhat reminiscent of the preferential voting system pioneered in Australia. But with everything out in the open, and a good amount of cajoling and persuasion, it’s about as far from numbering preferences on a ballot in private as one can imagine.

After this “second alignment”, votes are counted to determine the share of so-called “state delegate equivalents” in the precinct. Those are added up across all of Iowa’s 1,765 precincts to determine the final delegate count the candidates are allocated.

The chief criticism of Iowa being the first state to hold primary elections is that it is not very representative of Democratic voters, or even the US as a whole.

It is 90% white, with some very specific policy concerns, like ethanol subsidies given all the corn it grows, that motivate voters.

This has even led some candidates this year to demur when asked to defend Iowa’s first-in-the-nation status.

On top of that, the whole caucus process is very time-consuming and confusing. This led former Democratic National Committee chairman Terry McAuliffe to say on CNN: “They’re undemocratic processes. People don’t have time to go spend the time like you heard today.”

People believe an early win generates momentum that can propel a candidate to the nomination. There is good reason to believe this based not only on casual observation of history but on rigorous academic work.

The logic behind momentum in primaries is what economists call an “information cascade”.

The 2019 Nobel laureate for economics, Abhijit Banerjee, constructed the classic economic model of these cascades early in his career.

The idea is that when decisions are made one after another, later decision-makers infer information from the decisions of those acting early.

This can lead later decision-makers to ignore their own information and rely on what earlier decision-makers did. This can be good or bad but, either way, it creates path dependence. It certainly makes going first important.

I’m not going to defend the debacle in the Iowa caucus voting this week.

But there is a logical basis for a small state like Iowa (the 32nd most populous in the US) being the first to vote in US presidential primaries.

In a 2014 paper I wrote with Patrick Hummel, we showed that starting voting in a small state gives voters the opportunity to really get to know the candidates and make an informed choice.

Knowing these early states are crucial, the candidates spend a lot of time there. This magnifies the access that voters get.

Two months before the 2008 Iowa caucuses, for example, roughly two-thirds of voters had personally met at least one candidate. Compare that to a state like California with more than 30 million people where interactions can only be through advertising or, perhaps, large rallies.

So voters in small states like Iowa get a more precise signal. That can lead to a “good” information cascade where the early momentum helps select the best nominee.

There’s no substitute for good information about the candidates.

A small state may not be very representative of the overall population, but voters in later states know this and can factor it in.

Can Iowa hold on?

In light of recent events, and in the wake of the diversity criticism, it looks far from certain that Iowa will hold on to its first-in-the-nation status.

But if it turns out Pete Buttigieg goes on to win the nomination and defeat Donald Trump, who knows? Perhaps Iowans really do have a crucial role to play.