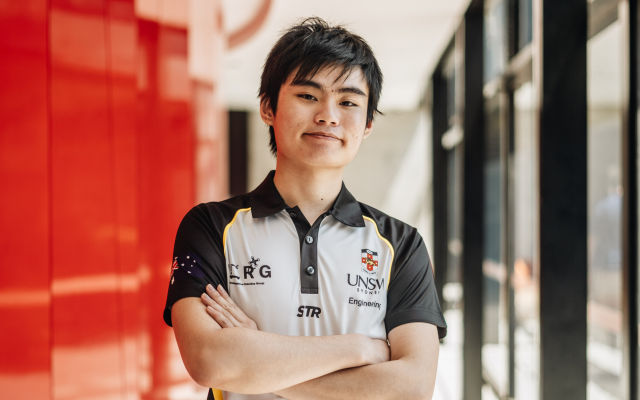 This year the UNSW Competitive robotics team competed in the Mohamed Bin Zayed International Robotic Challenge (MBZIRC); a robotics competition held every two years in Abu Dhabi with the aim to push the technological boundaries of what is possible with autonomous robots. We had been successful in the qualifying rounds and eventually joined the 30 top teams from universities all over the world to compete at MBZIRC. 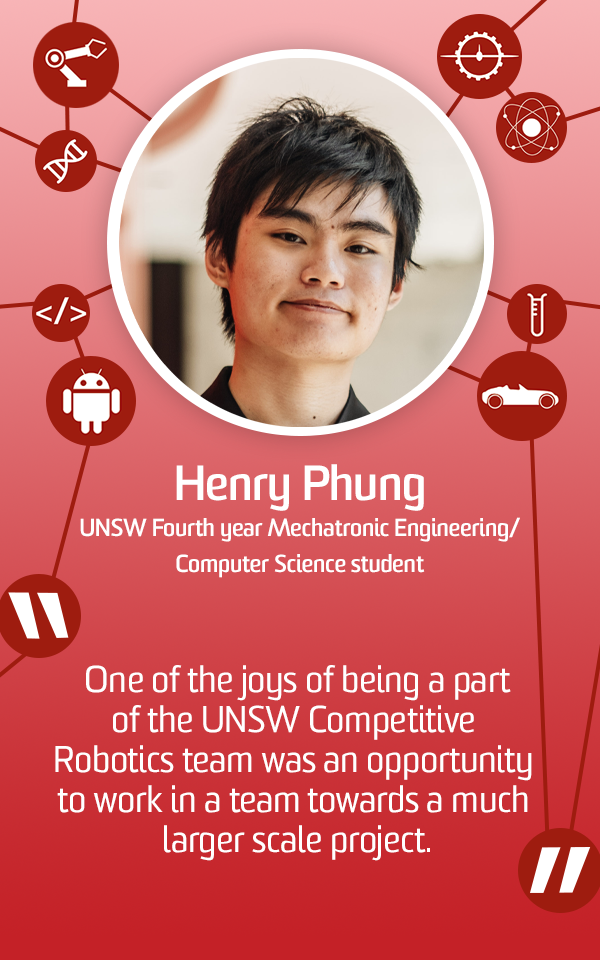 Our UNSW Competitive Robotics Group (UCRG) entered two challenges, each challenge consisted of the practical applications of autonomous robots in complex real word situations. One challenge was to program robots to construct a predefined structure from different types of bricks. The other was a firefighting challenge where the team had to program an aerial and ground vehicle to coordinate on locating and extinguishing simulated building fires.

The ideas of autonomous robots which could fight fires and construct buildings is a new arena for robotics, made the project exciting and pushed us as a team to be creative in our solutions given current autonomous robotic benchmarks. A big motivation for my self was to consider the untapped potential of robotics in disaster response. When reflecting on this I think of one of my favorite movies; “The Iron Giant”, in which a benevolent robot saves others, I believe robotics can be a force for good despite the perceived threat of advanced AI and robotics portrayed in movies like “I, Robot”.

One of the greatest challenges in the competition was to have our robots ready in the heat of the moment. Only 15 minutes of preparation time was given to ensure our robots were fully calibrated for an entirely uncharted environment the robots were situated in, which you can imagine was difficult to plan for, while also being prepared for any problems that did occur.

Being able to navigate inside an unknown environment is one of the greatest technical problems in robotics. The robot must be able to sense and know everything and to accomplish this, we utilize information from multiple sensors to create a map of the world and the objects of interest within it. Some of the sensors we used included a Light Detection and Ranging (LIDAR) sensor on our Unmanned Ground Vehicle (UGV) to generate high resolution 3D maps, a thermal camera on all our robots for identifying the fires and stereo cameras to identify other objects like the bricks using Computer Vision techniques. Our sensor technology combined the unique and versatile design of our omnidirectional UGV gave us the edge in the competition.

One of the joys of being a part of the UNSW Competitive Robotics team was an opportunity to work in a team towards a much larger scale project, while previously I had participated in other shorter student projects. I enjoyed collaborating with passionate team mates to design and construct autonomous robots and being able to work with engineers of multiple disciplines from Aerospace to Electrical Engineering.

Overall, our team of 12 undergraduate engineering students and industry mentors placed better than leading robotics groups, comprised mostly of PhD students. We placed 2nd in the firefighting challenge and 7th in the structure building challenge out of 30 different teams!