The proposed law does little to give people confidence in the apartments they buy. And it utterly neglects the role of architects and on-site inspections in delivering sound buildings. 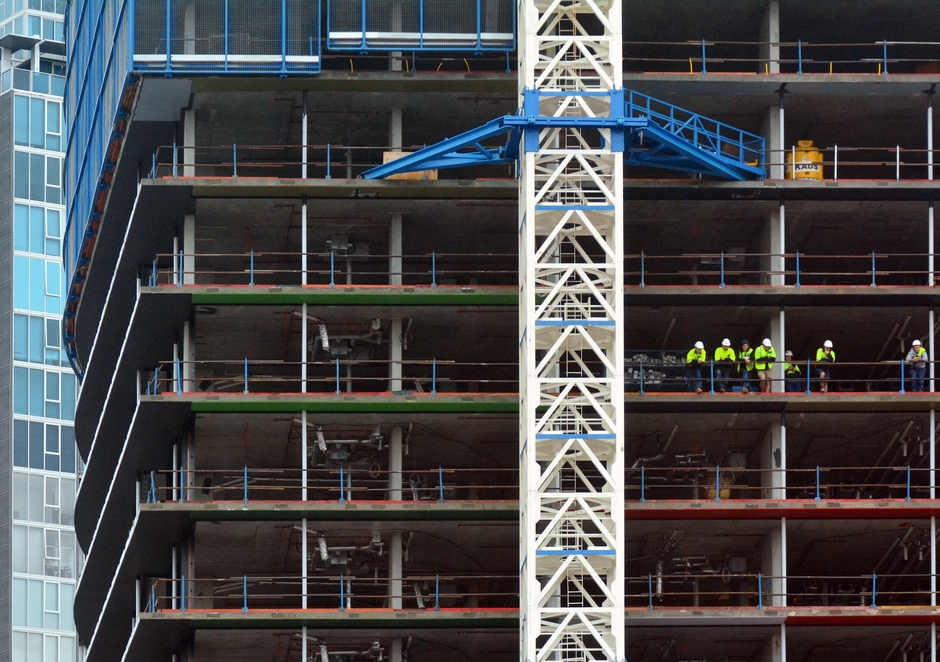 The New South Wales government is struggling to implement building industry reforms recommended by the Shergold-Weir report over two years ago.

Developers are home free in its proposed legislation; the Design and Building Practitioners Bill doesn’t even mention them. They still appear to be in a position to collect the profits and then phoenix themselves if something goes wrong.

And something is going wrong all too often. David Chandler, the NSW building commissioner appointed to oversee the reforms, said recently he was “ a bit despondent” after seeing “some really regrettable things out there” in a program of site visits.

Even though the commissioner can see how bad things are, he says it will take until 2022 for the building industry to “get people back to what they should be doing”.

The lack of progress hasn’t stopped the minister for better regulation, Kevin Anderson, claiming credit. In announcing the Design and Building Practitioners Bill 2019 last October, he said: “People should feel confident they can enter the housing market in NSW knowing their home has been designed and built in accordance with the Building Code of Australia.”

He must have forgotten to add “maybe after 2022” and “only if you are buying new”.

The upper house then rejected the bill. It’s now being revised.

What’s wrong with the bill?

The bill has the avowed aim of making people who design and build buildings responsible for non-compliance with the National Construction Code by getting them to sign certificates attesting that the building is built according to the code.

This is a guarantee of not very much. The code does not regulate durability or require that buildings be waterproof. Plus, of course, many people have been signing similar certificates for certifiers without it having had much impact to date.

The bill has many other faults and omissions. It does not require a principal design practitioner to be appointed to a complex project and no one is identified as the lead consultant. This means there is no person identified to coordinate design work between all disciplines (architecture and engineering) or to ensure design declarations relate to work as actually done, taking into account all engineering designs and site conditions.

The most critical problem is that the people signing the attestations are not required to actually inspect work during construction. Such a requirement was a key recommendation of the Shergold-Weir report.

We have the National Construction Code as a starting point for regulating building performance. We already have a Home Building Act. Under the Local Government Act, local councils clearly have the power to stop work on site if the builder is doing the wrong thing.

What we don’t have is a mechanism to unite these existing powers to ensure buildings are designed and documented to be durable, liveable and waterproof.

Steps that will solve the problems

If the government is as keen to deliver certainty to the new-build market as the minister asserts, what could it do?

First up, if there are things on site of the sort the building commissioner “abhors”, these sites should be shut down under existing powers. The state government would need to negotiate with councils about implementing and funding inspections, but this could be done promptly.

Does the government need to know which buildings to target? Simply look at the qualifications and track records of the building company directors.

A developer could be compelled to use a registered architect for any building for housing over two storeys high and required to retain the architect for site inspections during construction. Amendments to the Home Building Act or its regulations could achieve this.

As architects are already registered and legally required to hold professional indemnity insurance, no new legislation would be required. The lack of registration of engineers might be an issue, but no architect who is ultimately responsible for a building will work with an engineer they regard as incompetent.

The National Construction Code is not good at requiring buildings to be waterproof, but, again, some simple changes could be made to the Home Building Act. These should include beefed-up requirements for waterproofing any balcony or planter box larger in area than about six square metres.

We know for sure any tiles directly stuck to a membrane over a large area will fail, either immediately or relatively soon. Making it compulsory to use a system that allows tiles to be removed to access the membrane is simple and will eliminate years of misery.

If these steps are so simple and obvious, why isn’t the NSW government doing it?

Mainly, it would appear, because it’s in thrall to the development industry, which believes reintroducing these measures will reduce its profits.

The developers are right about this; building properly is more expensive. But I think most buyers would happily pay a bit more for a safe and durable product. They do that when buying consumer durables such as cars and appliances.

Good developers would benefit as this approach would help weed out the dodgy ones.

To restore the public’s lost confidence in new multi-unit residential housing, the government should pull the levers it has to hand first and then resolve the problem of existing defective stock.

Later it can think about some of the wider issues, but how about doing something useful now? We have been waiting two years.