Panic buying ahead of coronavirus pandemic: irrational or prudent thinking?

If you were stranded on a desert island and could only access one item – would you choose toilet paper? 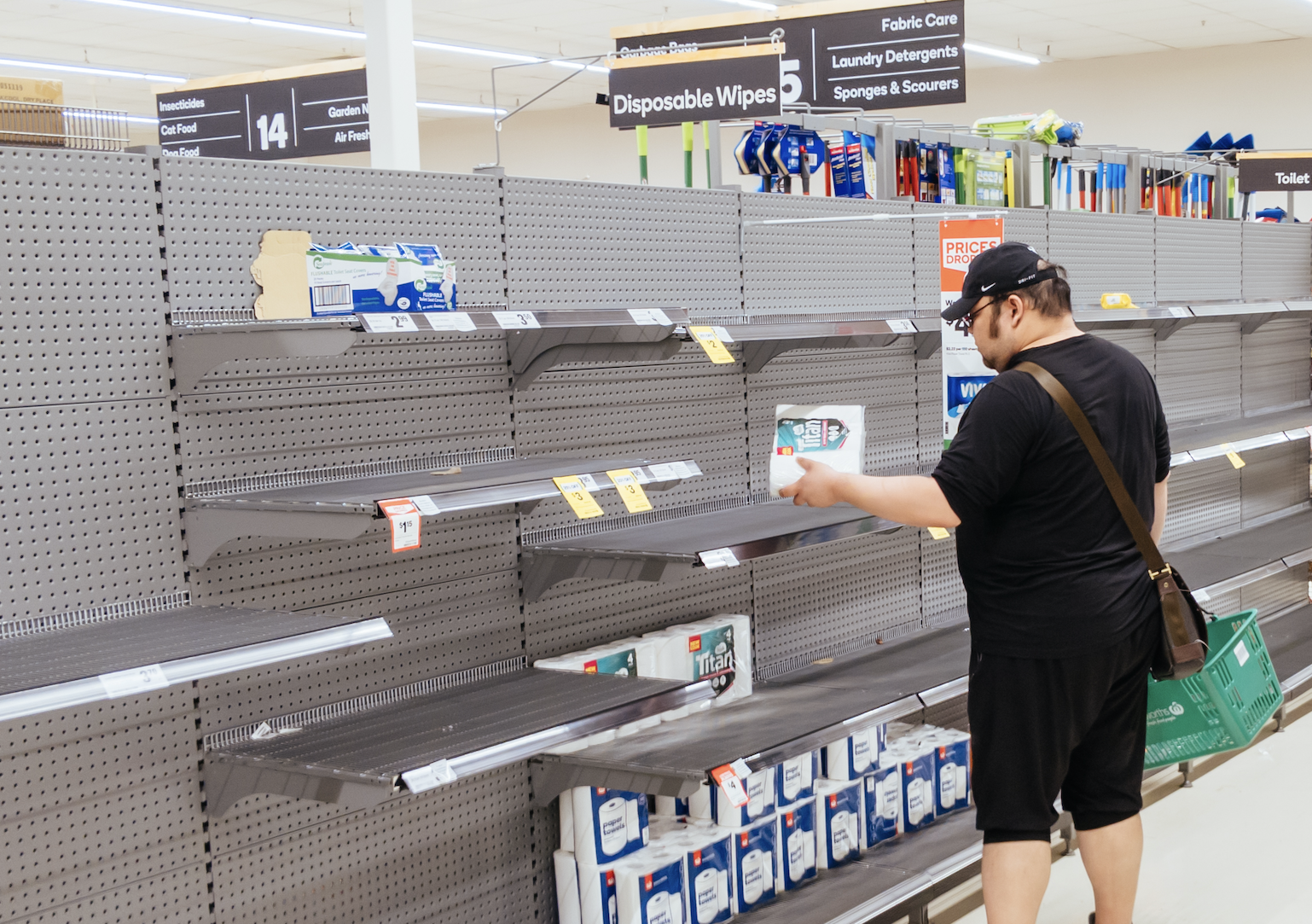 Fears that coronavirus COVID-19 will soon be declared a global pandemic have instilled a sense of urgency in people to be fully prepared. Thousands are rushing to stores and stockpiling on cleaning products, household items and dry foods.

The most popular item-to-date is the infamous toilet paper roll which has caused a shopping frenzy both in Australia and around the world. From police having to taser someone in the toilet paper aisle to stop a brawl in a rural NSW city, to Sushi Sushi promoting an exchange of toilet rolls for fresh hand rolls, and the armed robbery of more than 600 toilet rolls at a supermarket in Hong Kong – the situation just seems to be getting more out of control and ridiculous by the minute.

“When at risk, people feel reassured when they are able to take back a sense of control and do something to reduce that risk,” says Associate Professor of Marketing Nitika Garg from the UNSW Business School.

“This is why toilet paper has become so popular overnight as it’s a quick mental fix. When people feel more prepared, they feel less worried.”

Consumers are also panic buying out of the fear of the unknown.

“They do not know if supplies will be ongoing or disrupted and are therefore buying supplies in bulk in case they need to self-isolate. People are also stocking up fearing that they might be trapped in a similar situation to Wuhan where everyone is in lockdown,” says A/Prof. Garg.

It is in times like these that we actually recognise what are daily necessities. For many, this means more than the three traditional basic needs: food, shelter and clothing. Bare necessities have evolved to include what makes our lives comfortable and convenient – and toilet paper seems to be clearly one of them.

Is such consumer behaviour warranted and rational?

A/Prof. Garg’s research on the influence of emotions on consumer judgment and decision-making has identified panic buying behaviour to be irrational and out of the norm.

“In times of stress, emotions are heightened, and consumers feel more pressured to buy on the spot when they see something that is high in demand becoming scarcer,” she says.

This explains why viral videos of empty shelves have prompted many people to follow the crowd to the toilet paper aisle.

“The fact that people can incubate the virus and only show symptoms up to 14 days later has driven many people to prepare for the worst and stockpile supplies. They are currently in survival mode.”

Research has indicated that people on average use 100 toilet paper rolls in a year – which comes down to three or four rolls per person over the 14-day self-isolation period.

“Toilet paper shortage should therefore not be a cause for concern as people will not be homebound for months on end if the need to self-isolate arises,” A/Prof. Garg says.

She further notes that it is not advisable for people to craft makeshift masks out of toilet paper due to a shortage of masks.

“Most major supermarkets have a contingency plan that they can activate in the event of a pandemic,” A/Prof. Garg says.

“Toilet paper is also manufactured in Australia, so its supply chain is unlikely to be disrupted in the event of a pandemic.”

Woolworths Group CEO Brad Banducci released a statement confirming that suppliers are working around the clock to meet the unusual surge in the demand for toilet paper.

In his statement, Mr Banducci said that “the makers of Kleenex are now manufacturing 24 hours, 7 days a week at their Milicent, South Australian factory, as are Sorbent in their NSW and Victorian facilities. And the makers of Quilton have tripled their normal production across their factories in Queensland, NSW and WA.”

So an ongoing shortage of toilet paper is unlikely thanks to this increase in production and distribution.

However, to ensure fair distribution Woolworths imposed a limit on toilet paper rolls of up to four packs per person on 4 March 2020. Coles and Aldi have followed suit and imposed a limit per person as well to ensure that everyone has access to essential items, especially those in need. 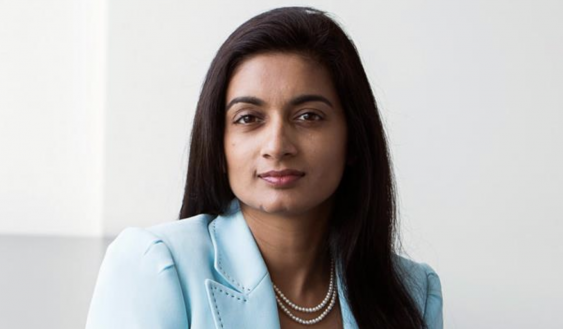 A/Prof. Garg draws a comparison between the current toilet paper frenzy to shortages of baby formula, and notes that the psychological and management tactics would be the same for retailers.

“In a sense, both issues are similar as they relate to people buying in bulk and creating a temporary shortage on the market. It’s just different contexts – the sudden spike in demand and scarcity of toilet paper has only been caused by people buying more toilet paper than they reasonably need. On the other hand, the high yet sustained demand for baby formula is due to a loss of trust in Chinese formula since the 2008 tainted milk tragedy that poisoned over 300,000 babies,” she says.

Amidst all the frenzy in the toilet paper aisle, it is however expected that panic buying will stabilise in the coming week.

“We expect that people will not buy as much in the coming weeks as they will have greater awareness that products such as toilet paper are manufactured locally and therefore supply won’t be cut short,” A/Prof. Garg says.

“Retailers can also put a sign at the point of purchase and educate consumers about the manufacturing process. This will inform customers that products are being manufactured locally so there is no need to buy months’ worth of supplies.”

Is fear more detrimental to the economy than the coronavirus itself?

Fear-driven buying is real. However, it only occurs in the short-term.

“When people are panic buying, they are not thinking rationally or clearly. In the long run, they would try to remove themselves as far away as possible from anything that is remotely related to a negative association.

“For example, some people have stopped drinking Corona beers and others have stopped going to Chinese restaurants in Australia over fears that coronavirus will be transmitted through the food. People are shying away from China and this has impacted the overall economy.”

Can supermarkets and other businesses use fear tactics to increase sales?

While some individuals are upselling toilet paper on the internet for up to $1000 a pack, she reassures that supermarkets will not be increasing their prices.

“Fear tactics have never made the consumer loyal due to its unethical practice.”

Rather than profiteering out of the unusual situation, many online retailers such as eBay and Amazon have been hard at work removing deceitful listings selling toilet paper at exorbitant prices.

“You want people to have positive associations with your brand, and fear-induced behaviour is not sustainable. It has been proven that it is only effective in the short-term,” she says.

“People will choose to avoid such brands once the pandemic is over as they don’t want to have to think about the negative associations that they’ve made with COVID-19.”

Is there any solution to the toilet paper crisis?

Given supermarkets have limited the number of toilet paper packs customers can buy at any one time, people have been proactively searching for other solutions to their needs.

Google has indicated that people are starting to consider bidets as an alternative – with a reported 250 per cent increase in searches in just a week.

Using a bidet as an alternative is not uncommon in many countries and research has also shown that about 4 billion people worldwide do not use toilet paper. Citizens of countries such as Italy, Portugal, Japan, Argentina and Venezuela choose not to use toilet paper and opt for bidets instead.

Many people also prefer to use a bidet for cultural, financial or environmentally friendly reasons. They also view it to be gentler and more hygienic than toilet paper – so why do we still reach out for the next toilet roll?

The answer, A/Prof. Garg says, is mainly due to habit and what we’re accustomed to growing up with.

So, should we anticipate a shortage of bidets on the market? Only time will tell.