At only 1 per cent the age of the Sun, the DS Tuc binary system shows us how a planet might naturally develop before its orbit is disturbed by external forces. 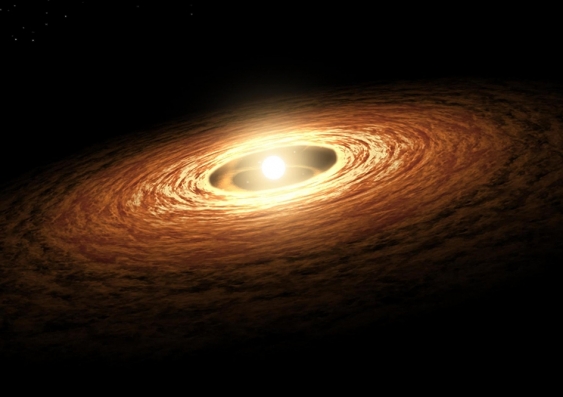 A young planet located 150 light-years away has given UNSW Sydney astrophysicists a rare chance to study a planetary system in the making.

The findings, recently published in The Astronomical Journal, suggest that the planet DS Tuc Ab – which orbits a star in a binary system – formed without being heavily impacted by the gravitational pull of the second star.

“We expected the pull from the second star to tilt the rotating disk of gas and dust that once surrounded the main star – a process that would skew the orbit of the planet,” says Dr Benjamin Montet, Scientia Fellow at UNSW Sydney and lead author of the study.

“Surprisingly, we found no evidence the planet’s orbit was impacted. We also found the planet formed through relatively calm processes – which means it could be possible for Earth-like planets to survive in binary systems like this.”

Dr Montet worked with an international team of researchers at the Magellan Telescopes located at Las Campanas Observatory in Chile. They used the Planet Finder Spectrograph to measure the Rossiter-McLaughlin effect, which is the relative angle between the orbit of the planet and the spin of its star.

They discovered the planet DS Tuc Ab orbits its star in a relatively flat plane, at approximately 12 degrees incline from the star’s rotational axis. This low incline – called obliquity – suggests that the pull from the companion star did not significantly tilt the orbit of the protoplanetary disk where DS Tuc Ab formed.

While planets in the solar system all have a low obliquity, it’s unusual for planets like DS Tuc Ab.

“Most similar planets orbit their star at random angles, sometimes reaching up to 90 degrees above the axis of their star,” Dr Montet says.

“The DS Tuc system is the first piece of evidence that higher orbital angles don’t get defined early on in a star’s life – they are an effect that happens only later on.”

At 40 million years old, the gas giant DS Tuc Ab is considered a ‘pre-teen’ in planetary years. There are fewer than ten planets we know about that are this young.

Its age is a unique chance for astrophysicists to study a system in development before external influences interfere.

“To find out how long planetary systems last, we need systems that are too young to go through dynamical interactions, but old enough to have formed planets. The DS Tuc system is exactly in that niche,” Dr Montet says. 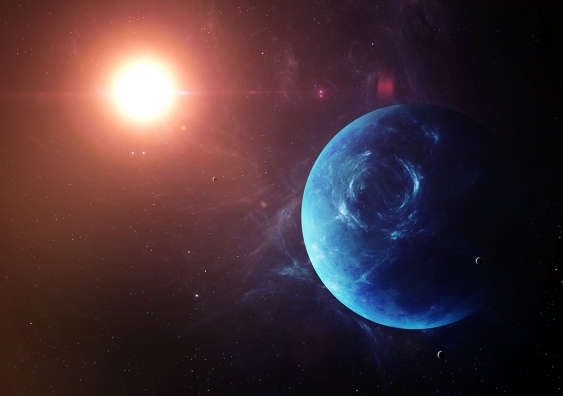 DS Tuc Ab is a Neptune-sized planet, but that’s where their similarities end. Unlike our Neptune, which takes 165 years to orbit the Sun, this ‘Hot Neptune’ orbits its star in only 8.1 days. Image: Shutterstock

The planet DS Tuc Ab is a Neptune-sized gas planet that orbits its star closely and quickly – one lap around its star takes only 8.1 days. These types of planets are known as ‘Hot Neptunes’ for their fast speeds and proximity to their stars.

Hot Neptunes are unlike anything we have in the solar system.

Even the smallest and closest planet to our Sun, Mercury, takes almost 100 days to complete its orbit. Our closest gas planet, Jupiter, takes over 4300 days.

Giant gas planets are unlikely to develop close to their stars. The current understanding is that they form further away and, over time, a force causes them to move closer to their stars.

Scientists want to know what that force is.

“There are two main theories about how Hot Neptunes came to be so close to their stars,” says Dr Montet.

“One theory is that an external force – potentially a multi-body nearby collision – ‘kicks’ them closer in, where they wobble and eventually settle on a new orbit.

“Another theory is that smooth processes within the planetary disk create a force that gradually pulls the planet closer to the star.”

Testing the obliquity can help scientists uncover which force was at play. Planets with low obliquities are understood to be formed by smooth disk processes, while more dramatic processes will lead to random or high obliquities.

However, astrophysicists have recently been intrigued by the suggestion that wide binary stars can tilt the orbit of young planets around their stars – while this process would be smooth, it would result in planets with high orbital inclinations.

“If true, this would upend our theory of planet formation!” says Dr Montet.

While that theory was not supported by the low obliquity of DS Tuc Ab, scientists are looking to the skies for more young binary systems to test. 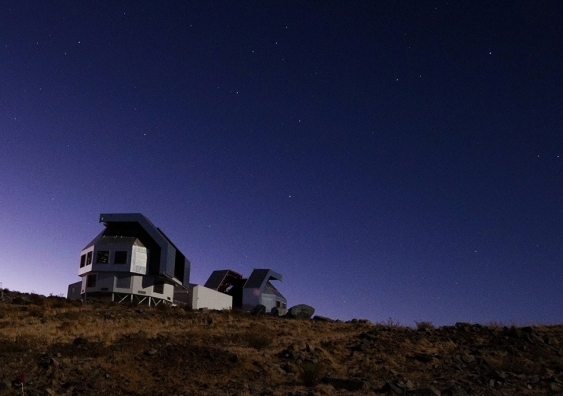 The next generation of planetary systems

When it comes to learning from star systems, many of the systems we can observe today provide an inaccurate history of the system’s past.

“Over billions of years, planet-planet and planet-star interactions can scatter, torque, migrate, and disturb orbits, making what we see today very different to how they initially formed.”

Planets take between 10 and 100 million years to form, but most of the planets visible from Earth are much older. The DS Tuc system is 45 million years old – only 1 per cent the age of the Sun.

“DS Tuc Ab is at an interesting age,” says Dr Montet. “The protoplanetary disk has dissipated, and we can see the planet, but it's still too young for the orbit of other distant stars to manipulate its path.

“It gives us the chance to understand planet formation dynamics in a way that a five billion-year-old star doesn't.”

DS Tuc A is the youngest star for which the spin-orbit alignment has ever been measured.

DS Tuc Ab is only visible from the Southern Hemisphere. It was discovered last year through NASA’s Transiting Exoplanet Survey Satellite (TESS) mission – an all-sky surveying mission that aims to discover thousands of exoplanets near bright stars.

“The first exoplanet searches were done in facilities in the Northern Hemisphere, and so they missed a lot of the planets far south,” says Dr Montet.

“NASA’s TESS mission is changing that. It’s finding all these planets around stars that previously hadn’t been searched.”

Dr Montet and his team are leading an effort to find and characterise more planets around young stars. They hope to study how stellar activity, such as stellar flares and starspots, could affect planet detection and habitability.

“Finding young planets is challenging. We really need to understand the behaviour of the parent star to be able to find the shallow signals of these planets which can be overwhelmed by starspots and flares,” says Adina Feinstein, a National Science Foundation Graduate Research Fellow at the University of Chicago and co-author of the study.

“There’s no reason why Earth-like planets couldn't form and survive in Hot Neptune systems like this one,” Dr Montet says.

“We just have to go out and find them.”