A guest lecture from Professor Andrew T Campbell shows just how clever our smartphones are in predicting mental health. 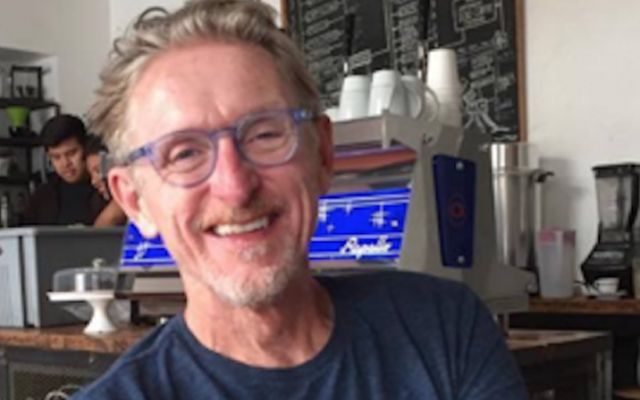 Imagine if our smartphones could play an integral role in helping someone you care about, or even yourself, identify or manage their mental health. Surprisingly the technology required to help us do this has been around for quite a while, almost 10 years.

Enter Professor Andrew T Campbell from Dartmouth College, one of the innovators in this area. Campbell recently visited UNSW’s Computer Science and Engineering for a guest lecture on the future of mental health sensing technology.

A helping nudge from your ‘smart’ phone

BeWell uses the accelerometer, microphone and GPS on smartphones to monitor a person’s physical activity, sleep and social interactions – all crucial aspects in gauging a person’s mental health.

For instance, we know that people that aren’t doing too well mentally tend to have fewer and shorter conversations. Using the phone’s voice activity detector, the app can tell how sociable an individual has been. The phone samples sound periodically, collecting data on whether a conversation has occurred and for how long. After collecting this information, alongside other data the phone has gathered on sleep and physical activity, the app presents the user with a summary of how they’re doing – in the form of a symbolic clownfish. If Nemo swims slowly, that means the user had a sluggish day, in other words, slept lots and little exercise. And if Nemo isn’t surrounded by a school of fish, this is an indication that the user has been socially isolated, engaging in few conversations.

It is feedback like this, says Campbell, that can help get the user back on the right path – providing a little nudge that reminds the person to schedule in some time to catch-up with friends which can make a big difference.

BeWell: the next generation in mobile health apps.

During the presentation, Campbell also shared his research conducted at Dartmouth College. It is estimated that 30 per cent of people have a mental disorder, and for Campbell who was teaching first years at the time, this meant there were students in his class with a mental illness.

Campbell wanted to know if the dimensions captured by his students’ smartphones could predict depression. His students were invited to self-assess using the PHQ-9 (a questionnaire given to patients to screen for depression) and this was compared against the mobile sensing data that could ‘bin’ students into categories of ‘depressed’ or ‘not depressed’.

The sensing data looked at aspects such as the person’s whereabouts using the phone’s GPS (how long a student spend in his or her dorm, at the gym etc.) combined with other dimensions such as sleeping patterns and conversation length.

The phone data identified two students in Campbell’s class that were currently having a tough time. It showed that they were sleeping lots, not socialising and generally isolated in their dorms. To make matters worse, these two students were heading towards failing Campbell’s course and another two courses. At Dartmouth if you fail three classes, the result is ‘Academic Probation’. In other words, you drop out of uni for a term and get sent home – not the most helpful outcome when you’re already in a bad headspace.

With the knowledge that these students needed some help rather than a Fail, Campbell gave them some concessions. He extended their assignment deadlines, and thankfully they both passed his course, meaning they could stay on at uni.

Campbell concluded his presentation making a five-year prediction, and gosh let’s hope he’s right: one day mental health will be as easy as turning on your smartphone.