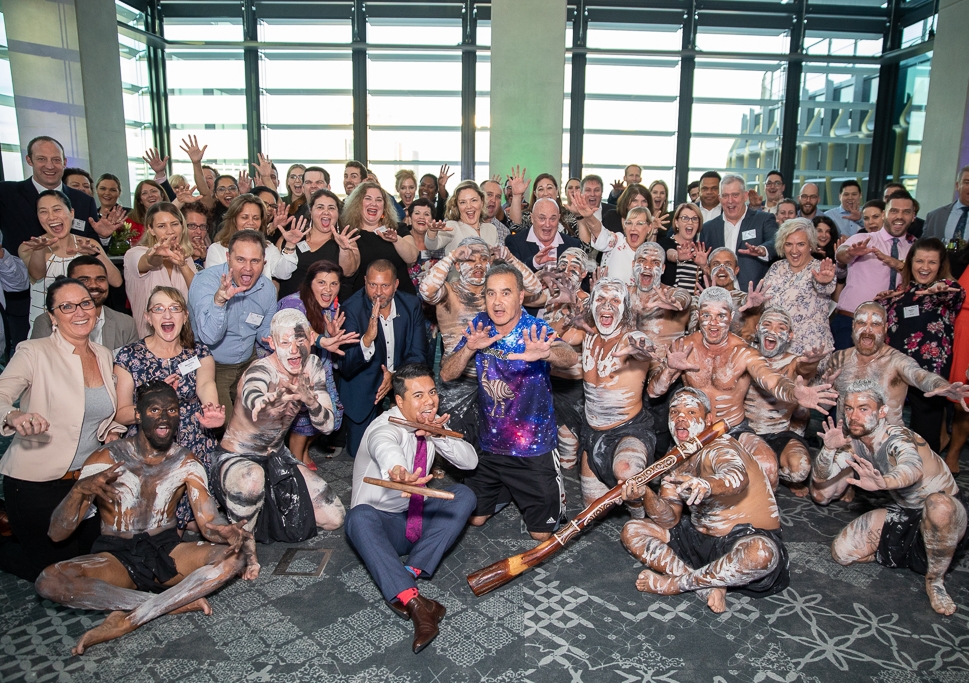 “Winning the EFMD award alongside some of the best management educators across the globe recognises the achievements of not only our program, but all the people associated with it, particularly our alumni who have taught us a great deal,” said Eva Freedman, EIELP Program Director.

“We have learnt alongside our participants and we celebrate with them their courage and strong voice. Together with our partners, Elevate Reconciliation Action Plan (RAP) and Reconciliation Australia, we will continue to support these talented alumni as they progress to the highest levels of leadership across Australia.”

The EIELP is designed to cultivate the next generation of senior Indigenous business leaders who will have an influential role in shaping the future not only of Indigenous Australia but Australia more broadly.

The success of the program is a great example of collaboration between a number of organisations that are leading reconciliation through Reconciliation Australia’s RAP program.

“We are proud that the RAP Program has helped organisations drive and deliver important projects such as the Emerging Indigenous Executive Leadership Program,” said Karen Mundine, CEO, Reconciliation Australia. “Ensuring First Australians have the opportunity to engage in career development opportunities is critical and is an important step in empowering our people.”

“We are delighted the program has been recognised for this significant global award,” he said. “Importantly, we believe that First Australian voices will be amplified around decision-making tables as a result of the program, which ultimately will strengthen business performance.”

The EIELP is unique in Australia in many ways. Professor Mark Rose works with each participant to strengthen the connection to their ‘Ancestral Mandate’ and to make the classroom a culturally safe environment for the free and frank exchange of traditional and contemporary knowledge.

“The power of the program lies in the intersection and recognition of the integrity of both Aboriginal and Torres Strait Islander and western knowledge systems and is an extreme example of co-design,” Professor Rose said.

Steve Munns, an alum from 2018 who is Director Services Australia, recipient of a Sir Ronald Wilson Pat Turner PhD Scholarship at the Australian National University and AGSM Adjunct Faculty says the EIELP shined a light on his ancestors’ achievements.

“It awakened me in a way in which I can infuse my Aboriginal learnings and westernised leadership qualities together,” he said. “It has given me a platform where I can mentor and influence up and coming Indigenous Leaders both within my community and organisations I work for in the future.”

More than 65 Indigenous emerging leaders have completed the EIELP since it was launched in 2017 and another 31 participants make up the fourth cohort that started in May. The program impact analysis revealed that almost all participants have, since completion, progressed their career, increased their well-being and capabilities, and positively impacted their organisations.

Find out more about the EFMD Excellence in Practice Awards.