Colour of cells a 'thermometer' for molecular imbalance, study finds 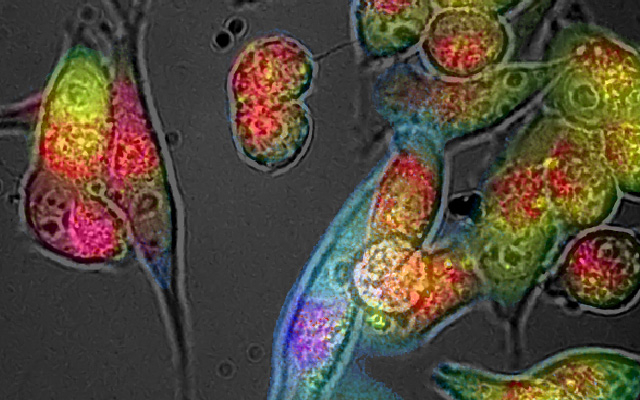 Non-invasive colour analysis of cells could one day be used in diagnostics, a proof-of-concept study has shown.

An imbalance of unstable molecular species called ‘free radicals’ will change the colour of cells – and a new imaging technique could one day allow scientists to detect and decode this colour without needing to take samples from the body, a new study by UNSW Sydney researchers has found. The paper was published online yesterday in Redox Biology.

“In our study of cell cultures and tissues in the lab, we found that colour is like a thermometer for oxidative stress,” says UNSW Engineering Professor Ewa Goldys, lead author of the study and Deputy Director of the ARC Centre of Excellence for Nanoscale Biophotonics.

Oxidative stress is caused by an overabundance of free radicals, which can cause damage to cells, DNA and proteins if left unchecked. Poor diet, alcohol consumption and obesity are some factors that can lead to the overproduction of free radicals.

Our body has a natural system for balancing these free radicals with antioxidants, but too many free radicals will make it harder for the body to repair damaged cells. Oxidative stress can cause chronic inflammation and is linked to many diseases, such as heart disease, diabetes and cancer.

“Oxidative stress isn’t disease-specific, but its restoration to healthy levels is an excellent measure of how well a therapeutic approach is working,” says Prof Goldys.

Despite the important role of oxidative stress to our health, it is often overlooked in medical diagnostics. This is largely because it’s difficult to measure on cells ‘in-vivo’ – within the body.

Current methods for testing oxidative stress involve extracting cells from the body and testing their response in a lab. While some cells can be easily removed, such as blood, this method isn’t an option for other parts of the body. 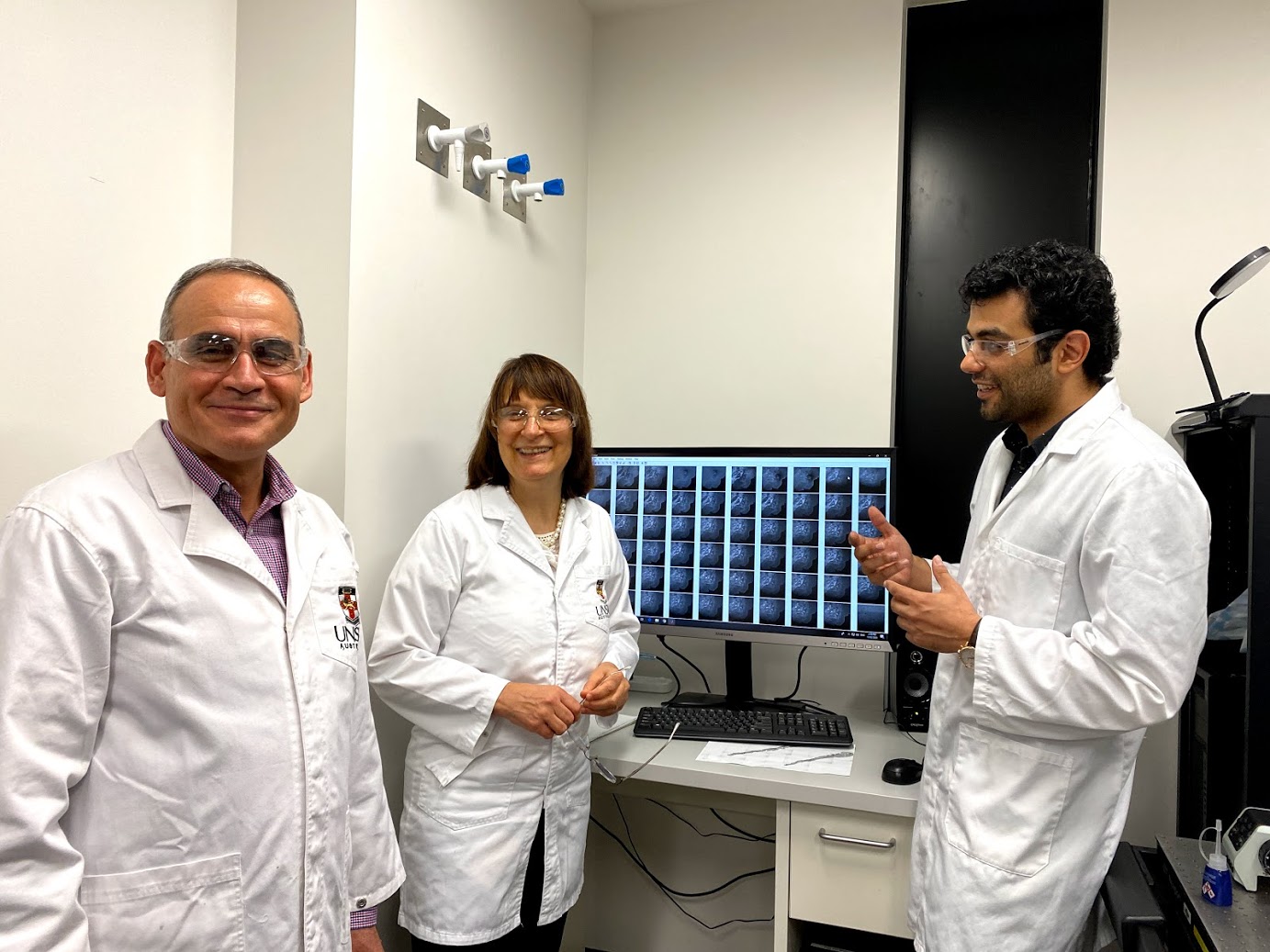 To solve this problem, Prof Goldys and her team adapted a standard fluorescent microscope – a microscope that detects natural fluorescent emissions from cells – to test whether cell and tissue colour is impacted by oxidative stress. They also developed a UV-free version of this technology for instances when UV is too dangerous to use, like in ophthalmology and reproductive health.

The microscopic camera works by emitting bursts of low-level LED light at various wavelengths onto cells and tissues. The light is absorbed by fluorescent molecules, which then emit their own light in response.

This fluorescent light allows the researchers to capture detailed maps of cells and tissues via a series of photographs. The microscope then decodes what the colours mean at a molecular level.

“The microscope has a device that precisely captures the colours in the cells,” explains Prof Goldys.

“We then use a big data approach to digitally ‘unmix’ the colour into its molecular components – red, green and blue, for example.”

The team developed a way to quantify each colour component by assigning it with a value. Once these values are tallied, scientists can measure oxidisation levels without need for cell extraction and analytical procedures.

“Once you have numbers, you can test all sorts of things,” says Prof Goldys, who was awarded a prestigious Eureka Award in 2016 for her discovery that the colours of cells and tissues can be subtle indicators of health and disease.

While their adapted microscope is not yet on the market, Prof Goldys is undertaking steps to begin the clinical trial in two years’ time. First, she will conduct an animal study, then seek TGA approval for the adapted microscope to be used in human studies, before starting a human trial in a selected disease condition.

If these steps are successful, the adapted microscope could become a common tool used in medical practices and scientific research.

In the meantime, Prof Goldys is excited about her next project, which will focus on how this technology can help monitor eye disease – particularly glaucoma.

Alongside researchers including UNSW Scientia Fellow Dr Nicole Carnt, the team are developing a bespoke camera that will photograph the back of the eye via the pupil. This camera will help ophthalmologists measure the oxidative stress of cells and tissues in the retina.

“The findings could change how we monitor and treat eye diseases,” says Prof Goldys.