The pandemic has brought to a head deep-rooted problems with how housing is provided in Australia. Fortunately, the solutions can play a central role in the national recovery process. 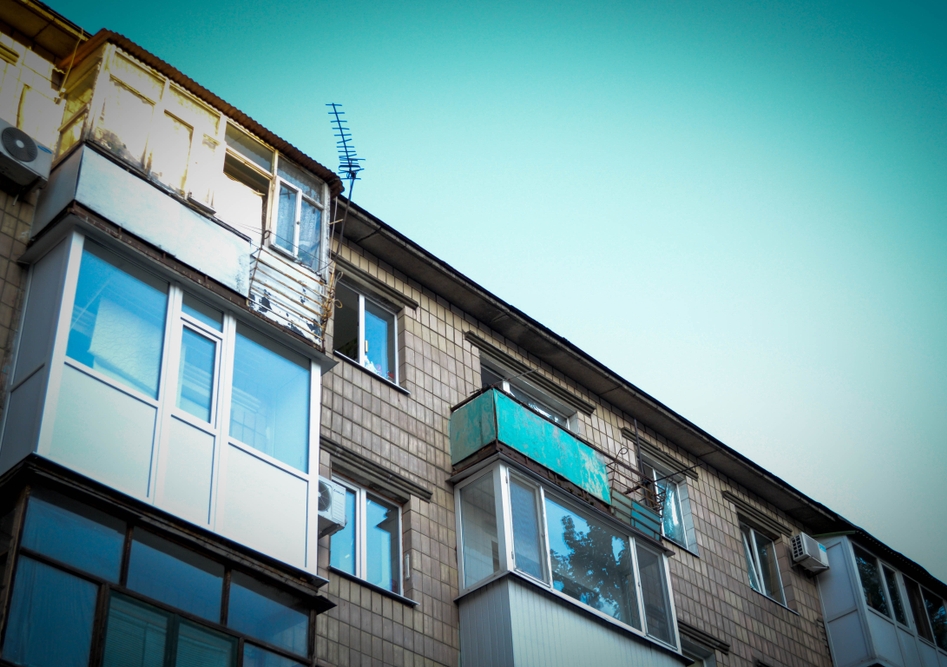 Australians had become used to walking past rough sleepers. Policymakers too, seemed unmoved by the people huddled in doorways or sheltering in parks under plastic sheets. That’s until the COVID-19 pandemic rendered rough sleepers visible, because we’ve all been told to stay home and anyone without a home presents a risk of passing on the virus.

Before the pandemic, street homelessness affected about 8,000 people on any given night, as indicated by census data. But this is almost certainly an underestimate.

Recent UK research showed the number of people sleeping rough in any given year was five times as many as captured in census-type snapshots. There’s no reason to think it’s much different in Australia.

Many more people are on the fringe of rough sleeping — couch surfing, for example.

2. More than a million in rental stress

Our second housing system vulnerability is the body of people – far larger again – living in insecure and unaffordable rental housing. Even before this current crisis, housing costs had pushed around 1.3 million Australians into poverty. After paying rent they didn’t have enough money left for essentials like food and electricity.

Now many of these renters will have lost jobs or work hours. Government schemes like JobKeeper and JobSeeker will temporarily help only some — temporary migrants and many casual workers are excluded.

Measures like the moratorium on evictions are welcome (provided they prove robust). The same goes for mortgage pauses by the banks, which might help property owners avoid having to sell if tenants can’t afford the rent.

But these are only stopgap efforts.

The third vulnerability is the shrivelled state of social housing, where rents are fixed at an affordable share of income. Relative to population, the number of properties let by public housing agencies and community housing providers has halved since 1991.

Across most of Australia, waiting lists for social housing are huge. In most jurisdictions the sector lacks the capacity to offer long-term housing to all the rough sleepers and others currently in hotels. Only through emergency unit acquisitions or head-leasing will this be possible.

4. A mountain of debt

Our fourth housing system vulnerability is housing-related debt. If the pandemic-induced downturn persists and unemployment stays high, this mountain of debt could make the recession much worse.

In the early 1990s household debt equated to about 70% of disposable household income. In March 2019, the RBA warned the debt-to-income ratio had risen to 190%. The increase was mostly due to increased borrowing to buy homes and investment properties.

Even before the pandemic, one in five mortgage holders were struggling to meet repayments. If large scale unemployment were to force mass property sales, this could compound the crash as homes flood the market.

We know from the GFC experience in the USA, Ireland, Spain and elsewhere that a sharp fall in property prices can have severe and long-lasting economic consequences that worsen inequality. In the USA, vulture landlords stepped in to buy up large numbers of distressed properties and create rental property empires. Renting from owners of this kind is not an attractive prospect. 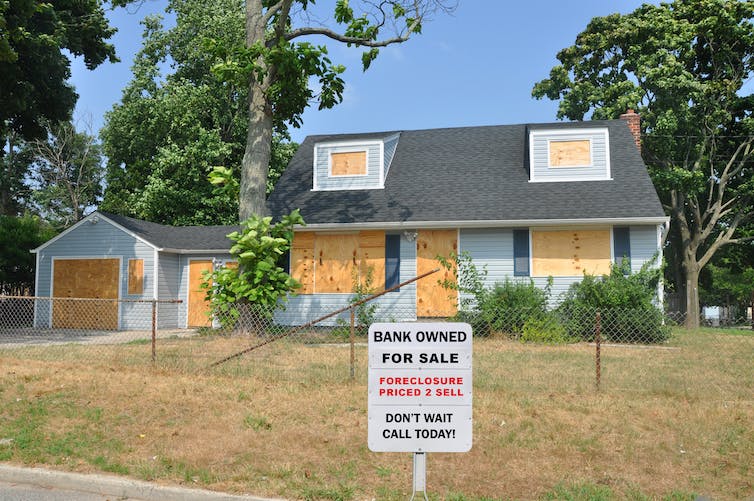 Falling prices as the market was flooded by properties whose owners had defaulted on loans deepened the GFC impacts on the US. Shutterstock

Our housing system is vulnerable to shocks because it is unbalanced, our fifth system frailty. Residential construction depends almost entirely on private developers building for sale to individual buyers.

These buyers are highly sensitive to the outlook for property values. The resulting herd mentality magnifies booms and slumps – a particular problem when they are totally dominant in the market. A magnified downturn can bring residential construction to a grinding halt. And while quick to shed labour, construction is slow to re-employ because of risk and long project lead times.

Construction normally employs more than 1 million Australians with a range of skill levels. It generates many more jobs through the building materials supply chain as well as in real estate, property management and financial services. This helps to explain why Master Builders Australia and the building union CFMEU have united in a call to government to invest in building 30,000 social housing units as part of Australia’s post-COVID recovery.

The need for a national strategy

The housing system needs more than a one-off crisis boost. The pandemic policy jolt is an opportunity to put Australia’s housing on more stable footings through a Commonwealth-led bipartisan, long-term, national housing strategy.

A key part of this should be routine social housing construction on a scale that at least keeps pace with population growth. That’s up to 15,000 homes a year – around five times the current number. This may sound ambitious, but it’s below the levels regularly achieved between the mid-1950s and the mid-1970s.

And this doesn’t have to mean a return to the post-war approach when state authorities provided public housing. Not-for-profit community housing organisations can now take on the major new supply role.

But we do need a post-war level of ambition. Government has two immediate roles to play in linking housing to a post-pandemic recovery.

The first is to help avoid a house price crash that will deepen an economic slump. Co-ordinating action with mortgage lenders could help minimise repossessions and avoid a glut of discounted properties on the market.

Governments may also need to take on distressed projects from private developers. The New South Wales government has already flagged such action.

The second immediate role for government is to support residential construction as the motor of economic revival by investing in social housing as the central plank of a stimulus package. Government-owned sites and developer-owned landbanks can be used to kick-start activity more quickly than other major infrastructure projects. Community housing providers – especially some larger faith-based players – also have shovel-ready sites.

These should be the first steps in the national strategy, which should aim to diversify both housing supply and demand.

Alongside a greater role for community housing, this could include a build-to-rent sector commissioned by institutional investors to build market rental blocks as long-term, income-generating assets. This would benefit tenants and the economy, by smoothing the boom-bust cycle of residential construction.

As we argue in our recent books, a national housing strategy must also thoroughly overhaul national, state and territory tax settings. Many of these have greater housing policy impacts than any spending program.

Tax reform could make our housing system fairer and more efficient. It could dampen the speculation that fuels rising prices and debt, while raising the revenue we need to provide decent, affordable housing for all Australians.

Peter Mares hosts a new series, Housing the Australian Nation, on Earshot on ABC Radio National from May 30, which features an interview with Hal Pawson.