COVID lockdowns have human costs as well as benefits. It's time to consider both

We've prevented many deaths, many of them at the cost of other deaths. The accounting ought to be made clear. 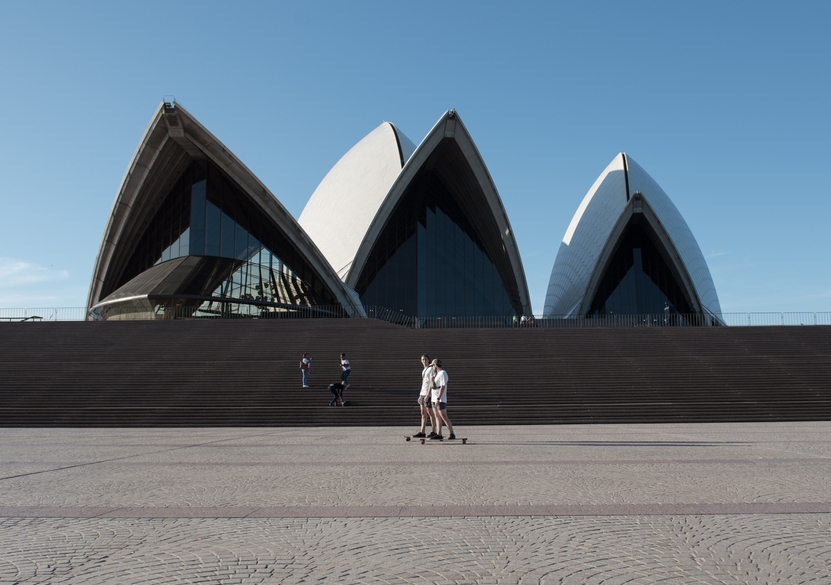 Australia has been lucky. We’ve had time to consider our response to COVID-19, based on what was happening in other countries, before it hit us.

We implemented restrictions that are likely to have saved many from dying of COVID-19. Fewer than 100 have died so far, a fraction of the number initially projected.

At this pivotal moment, we need to think carefully about how best to protect ourselves going forward.

We need to consider whether the costs of continued restrictions to prevent transmission of COVID-19 – costs that can be quantified in terms of human lives harmed and human lives lost – are worth the benefits.

It is unpopular to question the value of protecting Australians against COVID-19 when the world is in the middle of the pandemic.

Yet continuing the restrictions we have put in place will increase deaths from other causes, and decrease the quality of many lives.

By Tuesday April 28, COVID-19 had killed 84 Australian residents, only a fraction of the 134,000 initially expected.

This striking outcome reflects both government restrictions and rapid responses by individuals, with the actual contribution of each uncertain.

Australia’s geography, environment, culture and demographic makeup are different from other countries which have had many more deaths, and this too might have contributed.

But the restrictions will have saved many lives that otherwise would have been taken by COVID-19.

In Sweden, which had no forced lockdown and only voluntary social distancing, around 2500 deaths have been attributed to COVID-19.

Adjusted for Australia’s higher population, that per-capita death rate would have produced about 6,000 COVID-19 Australian deaths by now, instead of 84.

The restrictions might have also saved lives by reducing things such as traffic and workplace accidents. Around 100 Australians die each month in road accidents and 14 in accidents at work.

Concerns are emerging internationally about increased deaths due to COVID-19 restrictions. Despite reporting lags and uncertainty about the specific causes, the signs are worrying.

Australia’s record in domestic violence was shameful before the pandemic.

On average, one woman every week is killed by her current or ex-partner in Australia. One in every four Australian women has experienced emotional abuse from a current or former partner.

In the UK, deaths from domestic violence have more than doubled during COVID-19 restrictions. Calls to helplines for women have surged seven-fold.

Government restrictions have left many potential victims vulnerable inside their homes. Whilst the Australian government has pledged A$150 million to support those experiencing domestic violence during COVID-19, like Jobkeeper, the extra services may not be enough to fully fix the problems exacerbated by the shutdown.

Domestic violence not only leads to deaths, but also to increased suffering of victims, which can be quantified in units such as wellbeing-adjusted life years (known as WELLBYs).

These human costs are highly likely to be paid by young women and by mothers, creating inter-generational trauma, particularly within vulnerable populations.

By contrast, the median age of Australians who have died due to COVID-19 is 79.

Many had pre-existing heart and lung conditions and might not have benefited from costly and invasive interventions such as mechanical ventilation.

Each year over 65,000 Australians attempt suicide. 3000 die by suicide. Suicide is the leading cause of death for Australians between the ages 15 and 44.

Although the COVID-19 crisis is still evolving, deaths by suicide climbed in the United States during the 1918–19 influenza pandemic, and among older people in Hong Kong during the 2003 SARS epidemic.

Another study concludes that suicide rates in Europe and the United States climb by about 1% for every one percentage point increase in unemployment. During the 2008 financial crisis Europe and the US recorded an extra 10,000 extra deaths by suicide. The authors expect twice as many extra deaths due to suicide over the next 24 months.

To the extent that this kind of increased human suffering is a result of COVID-19 restrictions, it should be counted in any assessment of whether to ease them.

Arguably the biggest short-run health cost of our COVID-19 arrangements has flowed from the government’s preparation for a much greater burden on the health system than eventuated.

Private hospitals were brought under state control and non-urgent surgeries postponed. In the past week some have been restarted.

And there is growing evidence that people are avoiding seeking other forms of medical help because they are afraid of contracting COVID-19 or don’t want to burden health care providers.

In Britain, the number of people presenting at Accident and Emergency has fallen by one quarter. There is concern in the Britain and in Australia about excess deaths as a consequence.

In the UK there were 7,996 more registered deaths in the week ending April 10 than the five-year average for that period. COVID-19 accounted for 6213 of them, leaving an extra 1810 unexplained.

Are we prepared to do the maths?

There are undoubted health benefits from COVID-19 restrictions, including deaths averted and quality-adjusted life years saved. But there are also costs, which can be measured using the same metrics.

They include the consequences of lost education quality for the coronavirus cohort, and the long-run impact of a prolonged economic downturn.

Making decisions based on lives saved and lost is challenging, but not new.

Our government makes such decisions every day when it considers such things as how much to spend on cancer research or whether to fund a new drug through the pharmaceutical benefits scheme.

These decisions are typically made using quality-adjusted life years or numbers of deaths averted, allowing governments to directly compare lives with lives, and deaths with deaths.

Now that the first wave of the pandemic has peaked, it is time for governments to consider carefully their next moves.

Sharing the full equation they are using – including the real costs as well as the real benefits of interventions – would enable the public to evaluate whether those decisions are being made with Australia’s best interests in mind.

If this article has raised issues for you, or if you’re concerned about someone you know, call Lifeline on 13 11 14.