If we want workers to stay home when sick, we need paid leave for casuals

Almost 37% of Australian workers do not have paid sick leave. We need to fix this if we want people not to turn up to work when sick during the coronavirus pandemic.

Australians have been told they can no longer be “heroes” and go to work if they have a cold.

During Prime Minister Scott Morrison’s press conference last week announcing plans to re-open the economy, workers were firmly instructed to stay home if they were sick.

Everybody stays home when they’re unwell, no matter how mild your cold or your cough, stay home when you’re unwell, and please get a COVID test. That’s the best way we’ll find these hidden cases of the virus in our community … No more heroics of coming to work with a cough and a cold and a sore throat. That’s off the agenda for every Australian for the foreseeable future. Please.

In response, ACTU secretary Sally McManus pointed out that many workers do not have the luxury of paid sick leave and called for “paid pandemic leave”.

that’s a really important idea …The worst economic scenario is to open up, then have to shut down again.

There is also parliamentary support for greater pandemic leave.

Labor says the government must deal with the “core issue” of helping people stay home if they are sick. On Tuesday, the Greens introduced a bill to the Senate for 14-days of paid leave for “all workers”.

As we pointed out in March, Australia’s lack of sick leave is a major barrier for many workers who need to stay home.

According to our analysis of 2019 Australian Bureau of Statistics data, 24.4% of Australian employees were casuals without any access to paid leave. Adding in the self-employed, the proportion of all Australian workers without paid sick leave is close to 37%. 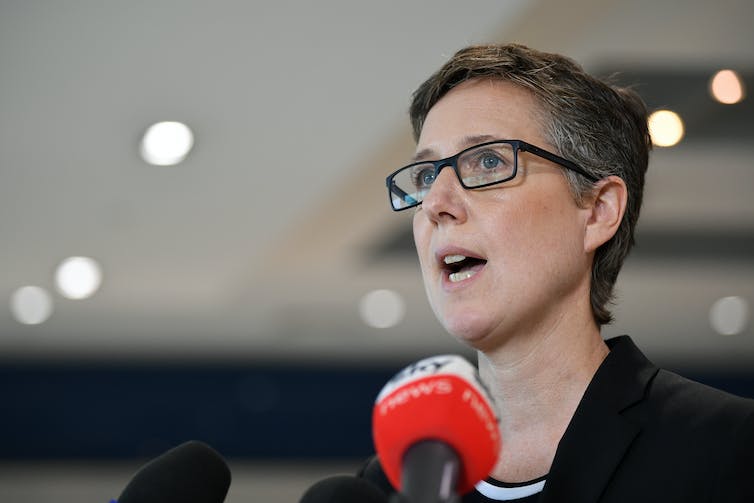 ACTU secretary Sally McManus is among those calling for pandemic leave for all workers. Joel Carrett/ AAP

This share will have gone down since the start of the pandemic, because casuals are much more likely to have lost their jobs. But those seeking to go back to work in coming months are highly unlikely to be offered permanent jobs, so the share of employees without paid leave is likely to increase even more.

What leave do casuals already get?

In early April, the Fair Work Commission temporarily amended 99 modern awards to give all workers access to two weeks of unpaid “pandemic leave” and the flexibility to take extra annual leave at half pay.

But this leave is unpaid and casual workers are not entitled to annual leave.

There are sickness provisions under the JobSeeker payment. But as Labor argues, this does not pass the “pub test”, if people need to interact with Centrelink’s administrative processes in order to access a payment at short-notice.

We need an immediate payment for sick casuals

If Professor Murphy’s strong recommendations are to be followed, then we will need an immediate payment - without a waiting period - that is enough to keep people who should be self-isolating away from work.

We will also need to think about how to support people without paid leave who live in the same household as others who need to self-isolate.

In the short-term, only the federal government has the capacity to foot the bill so that workers stay home during coronavirus.

But there are a number of ways in which sick leave payments could reach casual workers. 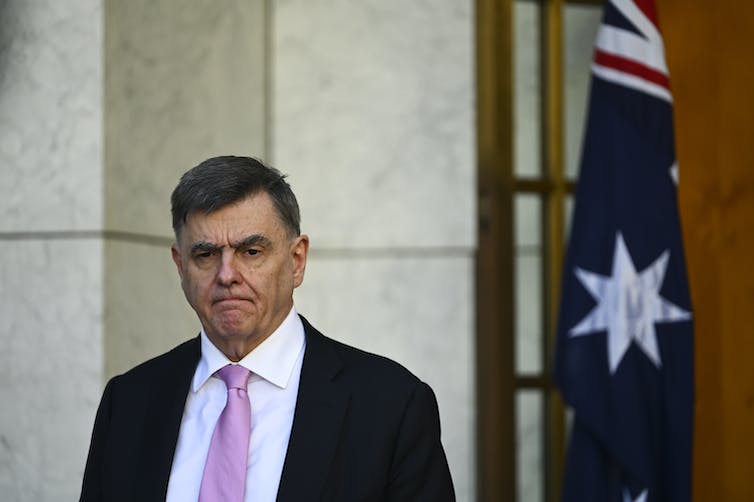 Chief medical officer Brendan Murphy is imploring Australians to stay away from work if they feel sick. Lukas Coch/AAP

The payment could come either directly from government or through employers, with the government reimbursing employers for the costs.

Existing payments show how it can be done

For example, we already have the $550 fortnightly coronavirus supplement that sits with the JobSeeker payment and is paid through Centrelink.

The JobKeeper payment - aimed at keeping workers connected to businesses who are struggling due to coronavirus - is roughly equivalent to the full-time minimum wage. It is paid by employers with reimbursement from the Australian Taxation Office.

Similarly, we already have other programs, such as the paid parental leave scheme, which can be paid either by Centrelink or by employers who are then reimbursed.

However, there are significant gaps in coverage for both the JobSeeker and JobKeeper payments, as they excluding short-term casuals and many temporary visa holders.

Even for those eligible, the administrative processes are too cumbersome to provide short-term sickness support.

We need to keep thinking outside the box

The simplest approach would be to build on our current employer-provided schemes. This would see employers pay their casual workers when sick, and then be reimbursed by the government.

The cost of this is unlikely to be particularly onerous, unless we have a large second outbreak of the virus (which this measure is designed to avoid). It would be available only to a subset of workers for a limited period.

Checks and balances could be built in.

Employees might be required to provide some health evidence. This could vary over time and across region, depending on the risk profile and the availability of services. But given the push to expand testing, asking people to have a virus test might be entirely feasible and desirable.

This would mean them being off work until they received their results, but this is the strategy we need for a COVID-safe nation.

The federal government has already shown an impressive ability to adapt existing social security support to the unprecedented challenge of this pandemic.

A little more thinking outside the box may be needed if Australia is to successfully negotiate the next stages of re-opening the economy.