Life after lockdown: our perceptions of public space will change

Lockdown restrictions are rolling back, but the closure of public spaces could have a lasting impact, says an architect at UNSW Built Environment. 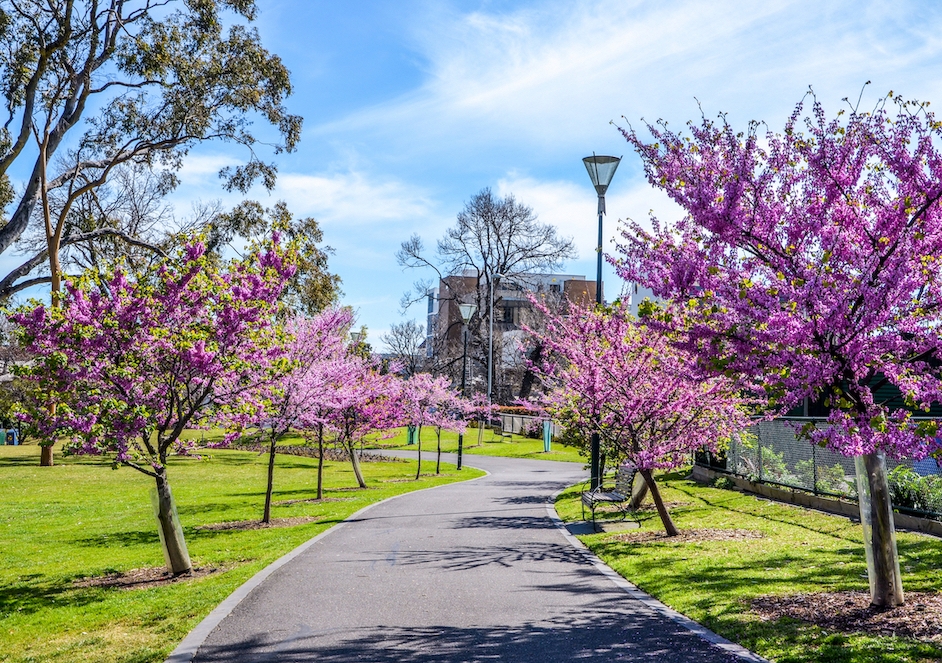 Coronavirus restrictions may be lifting, but the closure of parks, beaches, walkways and other public spaces to curb the spread of coronavirus may change the way we use them, says Eva Lloyd, a lecturer in Interior Architecture at UNSW Built Environment.

The architect, who specialises in socially focused design for street vitality, says as public spaces open again, their role in our cities needs to be readdressed.

“Public space is core to our day-to-day lives, even in simple terms as being the place where we get from A to B, from the private domestic space of our home, crossing a threshold into public life,” she says.

“The fact that many of those public spaces are now inaccessible and eerily quiet can be quite disconcerting, and I think, [as] we do return, public space may be perceived differently.”

The architect says while life has been largely absent in public spaces, social connection has not necessarily been lost.

She believes physical distancing protocols have fuelled people to connect with one another in new ways, unlocking “affordances in design [or alternative ways to utilise our built environment] and latent capacities that both spaces and systems have to host a wide range of functions”. Built environment professionals have much to learn here.

“We're seeing the creative ways in which people have circumvented the challenges of isolation to foster some of the interactions that tend to happen in public space.

“For example, in apartment blocks around the world the role of the balcony has risen in importance as a place for musical exchange, acts of civic gratitude and democratic expression. Similarly, street front windows in homes across Australia are home to teddy bears that allow children to feel connected.

“Public fences in Berlin are being repurposed as communal goods and services points for the homeless, and generously proportioned streets once filled with cars have been converted to pedestrian walkways,” she says.

Many of these examples see private spaces transformed into pseudo-public spaces, and perhaps some of these boundaries will remain blurred, she says.

Domestic space is replacing the conventional role of public space as the host for social connection, for now. Both virtually and ‘in the flesh’, our homes are now the place where we interact with the public.

“I wonder to what extent some of this behaviour will remain. We are isolated, but in some ways, we are more connected than before. Whether it is [a] quality [connection] is still a question.

“In the virtual world at least, we must be quite intentional about how and who we connect with and in this we lose opportunity for incidental exposure to those who may not be in our usual social circles. This is what public space does so well.”

The architect is optimistic about the many examples of thoughtful community connections without physical environments, however, she says the loss of public space as we once knew it is not without challenge.

“For some, such as informal street vendors, public space is essential to their livelihood. [For] diverse members of our communities for whom the home is not a sanctuary but rather is a threat or is non-existent … public space is a place of refuge.

“For those living in dense urban areas, public space is an essential ‘accompaniment’, providing free places for play, exercise, social gathering, and connection to nature often not possible within small-scale apartment dwellings.”

The lockdown restrictions are an opportunity for us to appreciate some of the roles public spaces play in the daily lives of many and the need for visceral human connection, but we should not overlook their potential for exclusion, she says.

“I think we need to be careful about romanticising the idea that these places are actually for all,” she says. “The reality is exclusion from public space is a daily norm for many people because of their race, religion, gender, sexuality, age or body.”

Urban planning, and the built environment more broadly, play a crucial role in changing this and in creating democratic places where we actually want to spend time, she says. This means investment in accessible ‘green and blue’ public areas, re-invigorating streets with cyclists and pedestrians as a priority, resisting the privatisation of public assets and providing agency to communities for them to directly contribute to the formation of their environments.

The fabric of cities has long been shaped by disease but maybe ideas of adaptability need to become a stronger driver in the way we plan and design, she says.

“One would hope that isolation restrictions engender a renewed focus on quality public space, that is perhaps broader in its conception, but that most importantly is for all.”