Madeline Gleeson: A 2020 Young Woman to Watch in International Affairs

The senior research associate is recognised for her work on international human rights and refugee law. 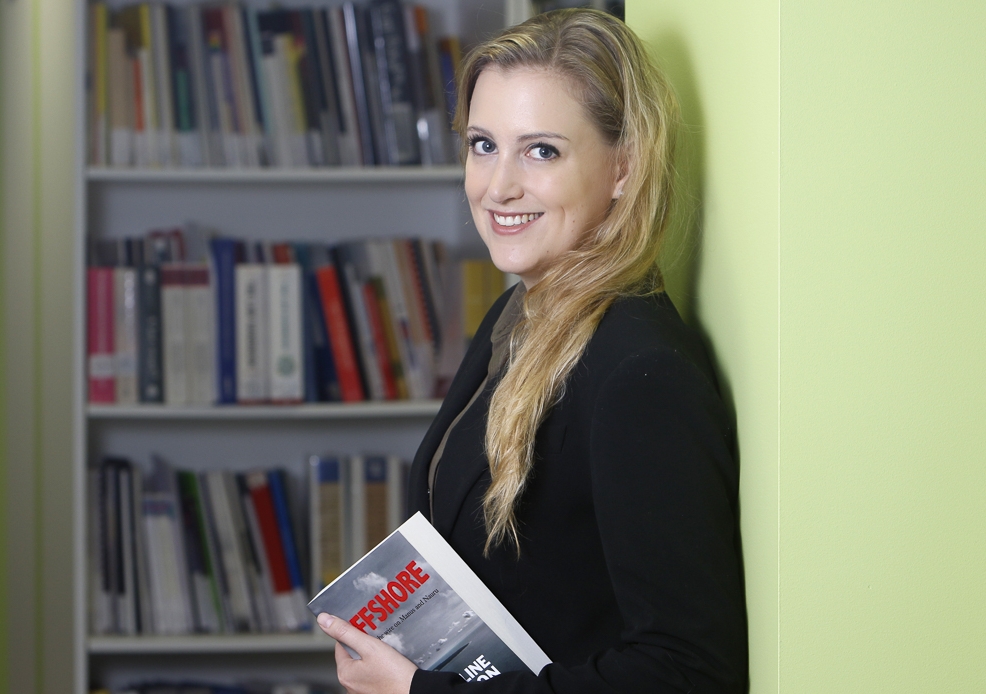 The not-for-profit has recognised Ms Gleeson for her broad work on international human rights and refugee law, with a focus on the law of state responsibility, extraterritorial human rights obligations, offshore processing in Nauru and Papua New Guinea, and refugee protection in the Asia Pacific region.

“This recognition validates the important but often unseen work that many are doing to ensure respect for the rule of law and improve the way vulnerable people are treated in Australia and abroad,” says Ms Gleeson.

“In recent times, Australia’s refugee policy has become increasingly draconian and unnecessarily cruel. Humane, sustainable and lawful alternatives do exist, supported by evidence-based research and informed by good international practice, but we have seen growing resistance to exploring the opportunities these alternatives could offer both to people seeking asylum and the Australian community.

“This recognition from YAIA affirms why I do this work – it does matter, it does have national and international impact, and it is important to continue it.”

Ms Gleeson says the events of the last few weeks and months, during the COVID-19 pandemic, have thrown light on serious concerns about respect for human rights.

“None of us can say, 'that issue is over there, it doesn't affect me, it’s not my problem'. We're now acutely aware of how interconnected we are as a world, as individuals, with people in our communities.

“Whether the issue relates to public health, or is about liberty, or privacy, or safety and security, we are seeing the importance of good governance, which means strong leadership and policy that is well informed by evidence. We are also recognising the importance of free and open communication between those setting policy and those affected by it,” she says.

Ms Gleeson makes the point that in times of crisis, marginalised and displaced groups are often disproportionately impacted.

“My hope out of this time would be for us to recognise we cannot segment off groups of people in our society or elsewhere in the world and tell ourselves their wellbeing does not affect us, because we all have a shared interest in improving the standards of human rights everywhere,” Ms Gleeson says.

As well as Australia's involvement in Nauru and Papua New Guinea, the offshore processing project covers matters incidental to it, including the search for third-country resettlement options, maritime interception and general issues around extraterritoriality.

“What happens when a country tries to implement an immigration policy in cooperation with other countries and external to its own territory? What are the implications of that?” Ms Gleeson asks.

“International law recognises that a country cannot outsource its responsibilities or use other countries to get around its legal obligations. But how do you ensure respect for these rules in practice?”

With her history of practice there, Ms Gleeson’s research focuses on the Asia Pacific. Currently, she is working on the upcoming launch of a series of publications drawing on experts and scholars from across the region and reflecting on the five-year anniversary of the Andaman Sea crisis.

In May 2015, thousands of Rohingya refugees and Bangladeshi migrants were left stranded on boats in the Bay of Bengal and the Andaman Sea. A humanitarian crisis ensued. The new series will reflect on how the region responded, and where its protection mechanisms currently stand.

“Unfortunately, in the last few weeks, we have again seen people stranded on boats in those same maritime areas – this time because of COVID-19 public health reasons,” Ms Gleeson says. “Five years on, we're seeing a similar situation.”

As well as leading the Kaldor Centre projects on offshore processing and regional protection for refugees, Ms Gleeson convenes the national legal centres teleconference for refugee and migration law matters, and the Asia-Pacific Research Group within the Kaldor Centre’s Emerging Scholars Network. Her first book, Offshore: Behind the Wire in Manus and Nauru, won the 2017 Victorian Premier’s Literary Award for Non-Fiction, and was shortlisted for several other prizes.

Since its foundation in 2013, the Kaldor Centre has been recognised around the world for its thought leadership. Its experts bring evidence to bear in the public discourse about refugees, and actively inform policy responses to many displacement challenges.

“One example of how we do this in the Australian context, is that every time a piece of legislation that affects refugees or people seeking asylum is up for debate, the Kaldor Centre’s researchers will make a submission to a parliamentary inquiry, for example, and we are often called to give expert evidence to the relevant committee,” Ms Gleeson says.

“In various ways, we try to inform the debate and help everyone – from policymakers to advocates – understand all the implications of a given law and where there are areas of concern. Given the ongoing bipartisan support for offshore processing, this is often about amending or halting legislative proposals that would make things worse for displaced people.

“Some highly concerning bills have been stopped in their tracks. Obviously, those outcomes can’t be attributed solely to the impact of the Kaldor Centre’s work, but they demonstrate the importance of working collaboratively with many elements of civil society and government to effect change. I feel privileged to be in a position to play a role in that.”

Looking ahead, Ms Gleeson says she hopes we are now in the final stages of the offshore processing policy.

“But there are still a significant number of people in a very precarious position. And with intervening events arising from COVID-19, it's important the focus doesn't stray from the people who are in a very vulnerable position – whether they be in the Pacific or back in Australia.”