A UNSW PhD student's research has assisted a Rohingya man's case for an Australian protection visa. 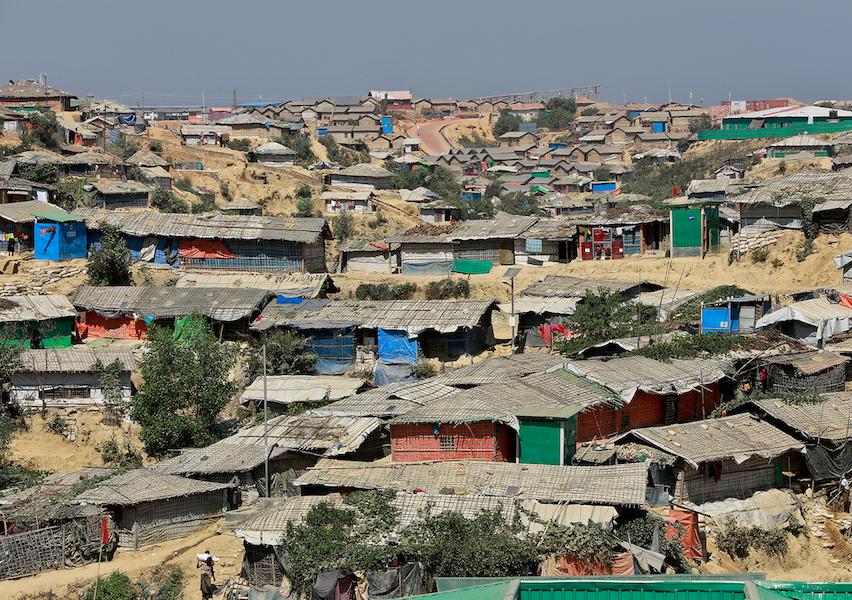 A Rohingya man’s protection visa has been reinstated with the assistance of research from UNSW PhD law student Ashraful Azad.

The Department of Immigration wanted to cancel the permanent protection visa (sub-class 155) of the man on the basis that he was a citizen of Bangladesh, Mr Azad says.

Mr Azad’s research Confined Spaces: Legal Protections for Rohingya in Bangladesh, Malaysia and Thailand implies that Rohingya in Australia with Bangladeshi passports are likely to have obtained them fraudulently.

“Even though some Rohingya may have Bangladeshi citizenship or a passport, it is more likely that they would have received it through some illegal means,” Mr Azad says.

“Theoretically, some of them may be eligible for citizenship, for example, the ones who are married to a Bangladeshi, or the children who are born in Bangladesh to mixed marriages where one parent is Bangladeshi,” he says.

“But in practice, they are not even given citizenship on that legal basis, so it is more likely that a Rohingya would have received the documentation through a broker or via some other unofficial channels.”

Mr Azad’s report was quoted extensively in the recent Australian Administrative Tribunal case to assess whether the Rohingya man’s Bangladeshi passport was valid.

The tribunal ruled that having a Bangladeshi passport is not necessarily evidence of Bangladeshi citizenship.

The man was born in the Rakhine state of Myanmar where the Rohingya suffer extensive human rights abuses and are considered stateless.

His family fled to Bangladesh before moving to Saudi Arabia and it was there at the Bangladesh embassy that he secured a falsified passport, Mr Azad says.

In 2009, he arrived in Australia on a student visa and was granted a protection visa about two years later in 2011 when he applied for asylum, Mr Azad says.

“But on suspicion that the documentation he provided was incorrect, the Australian High Commission in Dhaka recently conducted an investigation,” he says.

Mr Azad says the AHC concluded the man would not be eligible for a protection visa in Australia because he came to Australia on a genuine Bangladeshi passport and thus would be considered a citizen of Bangladesh.

“And this is how the case came to the AAT,” he says.

The AAT ultimately ruled in the Rohingya man’s favour, ordering not to cancel his five-year Resident Return visa, he says.

Mr Azad says Rohingyas who have been living for a while in the Bangladeshi regions of Chittagong and Cox Bazar, near the northern Myanmar border, are sometimes able to access identity documents due to a few commonalities.

“They look the same, they speak a similar language, their culture is mostly similar. So, it can be hard to differentiate between a Rohingya and a Bangladeshi,” Mr Azad says.

“And there are brokers who help them to make documents through various means,” he says.

Bangladesh is not a party to the Refugee Convention, nor does it have a domestic law on refugees, Mr Azad says. “So, most of the rules are made on an executive basis by the government.”

In Bangladesh they are not even called refugees, Mr Azad says, they are called FDMN which translates to Forcibly Displaced Myanmar Nationals.

Only a small number of Rohingya have been resettled to third countries from the refugee camps in Bangladesh, Mr Azad says. “Between 2005 and 2010 only about 1,000 were resettled to more developed western nations.”

“So, at the moment, the system is not working anymore,” he says. “The only way the Rohingya can move to a safer country is either with a Bangladeshi passport or by taking a risky boat journey.”

There are about a million Rohingya in the refugee camps in Bangladesh, where aid organisations provide food, medical treatment, shelter, and primary education, Mr Azad says.

But Bangladesh is a relatively small and densely populated country of about 160 million, so the government is already struggling to provide for its own citizens, he says.  “So, naturally they do not want this extra one million Rohingyas.” 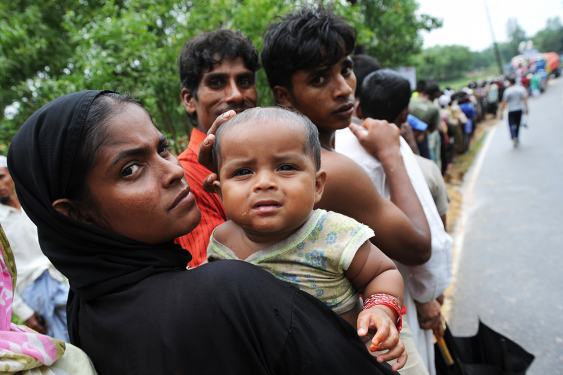 Mr Azad was born in Bangladesh, and says his interest in helping the Rohingya started when he visited the UNHCR refugee camps in Bangladesh while working as a research assistant and studying towards his undergraduate degree.

“My role was to go to the camps two or three days every week and help the refugees with their problems, such as family disputes, legal issues or issues with documentation and rations,” he says.

He continues to publish papers on the Rohingya.

“And occasionally there has been mass murder, rape, killing and the burning down of houses in Myanmar, such as in 2016 and 2017 during the most recent big persecution.”

In a statement to the tribunal the man wrote, “when I was growing up, I have seen my family always thinking about applying (for) asylum. They are always worried about us because we don’t have any valid documents or citizenship to stay in any country legally in the world.

“I cannot return to Burma because I am a Rohingya Muslim. Even if I could re-enter Burma I would be in constant risk from the military violence, I know that the Rohingya population lives under threat of torture and killing.”