Vital Signs: Rules are also signals, which is why easing social distancing is such a problem

Government rules do more than simply define what is permissible. They also signal information that influences public behaviour in other areas of life. 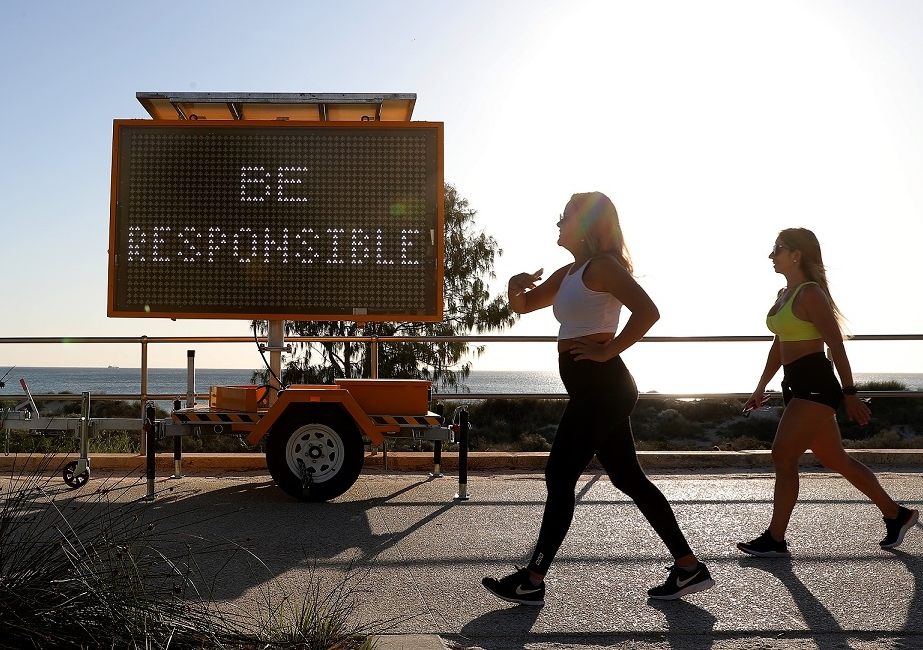 Australia’s states and territories have begun relaxing the restrictions put in place to contain COVID-19.

From today, for instance, the most populous state, New South Wales, is allowing outdoor gatherings of ten people, the use of public pools and playground equipment, and home gatherings with up five visitors. Restaurants and cafes can also serve up to ten diners, so long as they follow the “four square metres rule” (meaning a premises will need a dining area of 40 square metres to seat ten patrons).

Many will welcome these developments. But they represent a difficult choice for governments.

Allowing the public greater freedoms will help boost both morale and economic activity. But it risks a second-wave outbreak of COVID-19 and a return to more stringent restrictions.

Easing off on social distancing rules while keeping COVID-19 under control with good but imperfect testing and contact tracing is a tough balancing act.

It’s made even tougher by the fact government rules do more than simply define what is permissible.

The rules also send a message to the public about the information authorities have, influencing personal perceptions and therefore behaviour, regardless of whether it is permitted.

So governments need to take into account not just the direct effect of rules but, crucially, the broader message absorbed by the public.

There’s a risk people will hear only part of the story, interpreting the easing of restrictions as a sign we’ve beaten the virus and are on our way back to normal.

This, in part, explains why New South Wales Premier Gladys Berejiklian urged continued vigilance when she announced relaxing of restrictions on May 10. “Just because we’re easing restrictions doesn’t mean the virus is less deadly or less of a threat,” she said. “All it means is we have done well to date.”

An extra layer of complexity

Trying to ensure the public doesn’t misinterpret government messages makes decisions on when and how to ease restrictions particularly complex.

The key risk, of course, is that people infer from relaxed restrictions that the government now thinks risks are minimal and everyone can go back to life as it was in January 2020.

This signalling effect means governments need to be more cautious about relaxing restrictions.

On the other hand, the longer they seek to impose rules, particularly if other jurisdictions are easing restrictions, the more they risk losing their authority.

This conundrum can be seen in Australia’s second-most-populous state, Victoria. It has regularly imposed rules going further than those recommended by the federal government.

Dan Andrews, you would have seen all of the images of people out in Victoria over the weekend, clearly going beyond what was formally allowed in terms of social distancing. Have some Victorians, do you think, seen this federal three-step plan, observed that you’re going to take somewhat longer to deliver on some of the steps, and just taken matters into their own hands?

It doesn’t help that the Victorian and federal governments differ despite both apparently acting on the advice of public health experts.

“Follow the medical advice” has been a powerful aphorism, but it is likely to weaken the further the response to COVID-19 moves from the “hammer” phase – using strict social distancing measures – to the “dance” phase – using more targeted measures such as contact tracing to contain the spread of the virus until there’s a vaccine.

One thing leaders can do to mitigate this problem is communicate to the public through their own behaviour.

Other countries have seen some some disturbingly mixed messages. Britain’s prime minister, Boris Johnson, for example, proudly talked about shaking hands with COVID-19 patients just weeks before he almost died from the virus. US President Donald Trump, among other things, has refused to wear a mask while Americans are being encouraged or required to.

Australia’s politicians have generally done better. A notable example was federal Health Minister Greg Hunt admonishing mining magnate Andrew Forrest to maintain proper social distance at a press conference last month. That was a powerful reminder, as has been the sight of the prime minister, the chief medical officer and cabinet members standing appropriate distances apart.

Perhaps what governments fear most is a breakdown in public compliance with social distancing that leads to large enough second-wave outbreaks to warrant a return to the conditions that applied in April.

This would be a huge blow, both to the economy and the national psyche – which is what will drive business and consumer confidence. Household spending accounts for nearly 60% of GDP, so confidence is crucial to recovery.

That confidence will depend not only on what rules governments put in place but what messages they send to the Australian public in coming months.