Australia-UK free trade deal: What does this mean for Australian businesses post-Brexit?

Australian exporters want a trade agreement with the UK as well as the EU, says international trade expert. 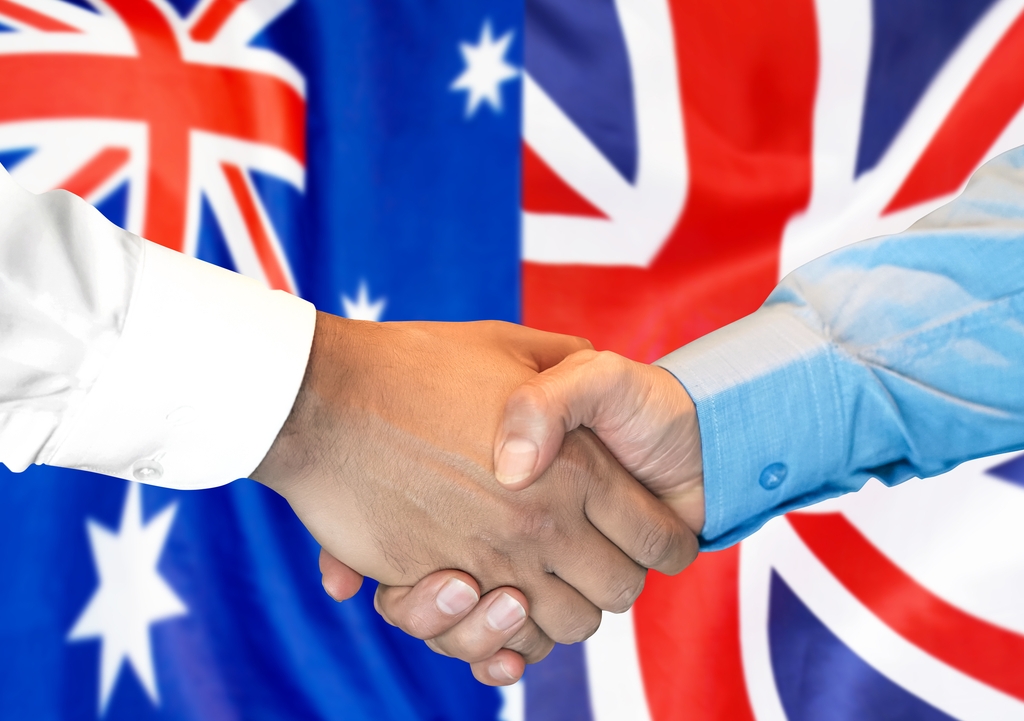 Once upon a time, European officials used to complain that Australian exporters had ‘Europhobia’ or ‘Channel Fever’ in that they would base themselves in the UK – usually in London – before dipping their toes in the waters of the English Channel and venturing over to ‘the continent’ (as the Brits used to call mainland Europe, which was adopted by many Australians too).

Another term for this was “The Kylie Effect”, whereby like Australia’s famous pop princess (once voted “Australia’s most beautiful export), Australian exporters – particularly small and medium-sized enterprises (SMEs) – would give the UK market a crack by going to London first and then expanding across the channel to the European continent.

Kylie Minogue travelled a path well worn by many other Australian celebrities before her such as The Bee Gees, The Easybeats, ACDC, INXS as well as actors, artists and intellectuals including Germaine Greer, Barry Humphries, Clive James, Russell Drysdale, Leo McKern, Dame Joan Sutherland – just to name a few. Likewise, Australian businesses had the same approach.

It seems the Kylie Effect is still alive and well even though the 80s mullets are not. The most recent Australian Bureau of Statistics (ABS) data reflected this phenomenon. The ABS reported nearly 6,000 Australian exporters sold goods to the UK (5,975 companies in 2016-17) – which is nearly twice those who sell to Germany with 3,040 exporters, and well ahead of the Netherlands with 1,764, France with 1,581 and Italy with 552 exporters.

The UK has always been in the Top 20 exporter destinations dominated by Asia. This is not surprising, given the strong historical ties between Australia and the UK in terms of language, legal ties, institutions and the fact that the UK was our number one trading partner until it was taken over by Japan in 1966 (ironically in the same year the celebrated historian Geoffrey Blainey published The Tyranny of Distance).

What happens when you impose Brexit on this scenario?

During the referendum on Brexit, the ‘Remain’ campaign released ‘Project fear’ (a term used to describe claims of economic and socio-political dangers) with institutions like the Bank of England, warning that with a ‘hard’ Brexit (the UK leaving the EU without a divorce deal), the economy could shrink eight per cent, while unemployment and inflation could soar.

However, the Brexiters argued that without the shackles of Brussels, the UK could once again be a great trading power by striking deals with Asia, the Americas, the Middle East, Africa and Australia.

But what do Australian exporters think?

When I interviewed several Australian exporters at the height of the Brexit drama, they still saw the UK as a substantial market and would continue to stay on no matter what happens with the EU.

For instance, John Fargher, CEO of Steriline Racing in the Adelaide Hills, spent eight years trying to break into the British market and has successfully been doing business there for two decades.

“We have 100 per cent of the starting gate market in the UK and find it a very straightforward place to do business, with the same rules of law and business principles as we adhere to in Australia. The UK is the motherland of the racing industry so success in Britain has enhanced our reputation in Asia, the Middle East and at racecourses in emerging markets around the world. I can’t see any of this changing if the UK’s relationship with Brussels changes,” John said. 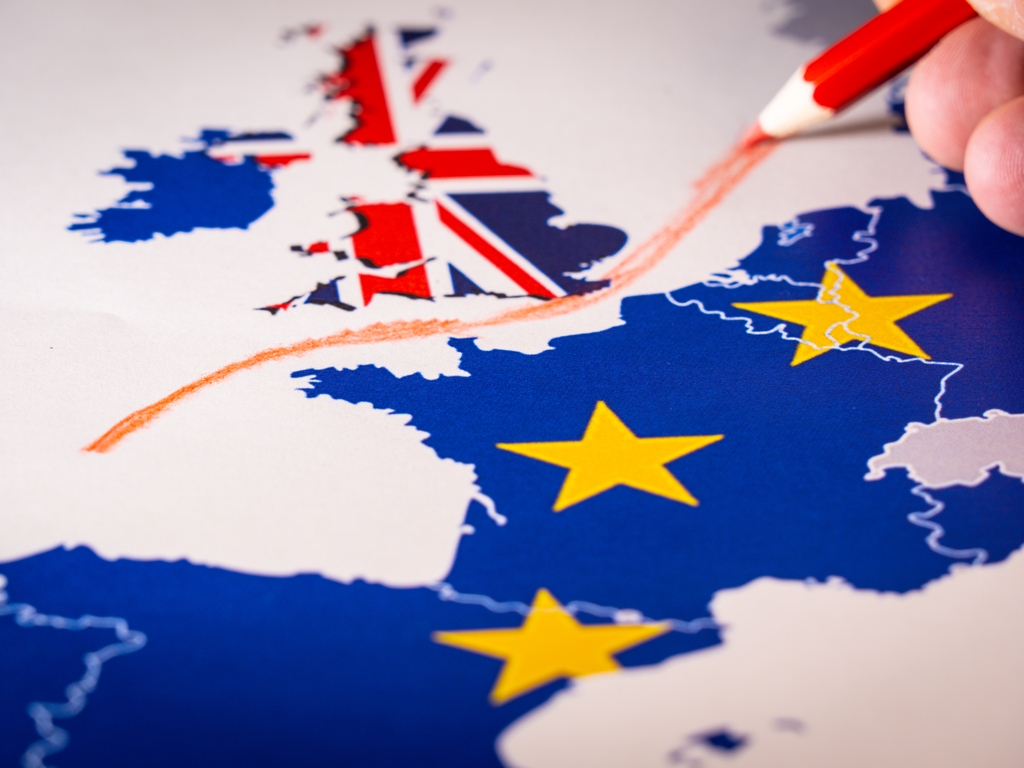 Fashion designer Paul Vasileff from Paolo Sebastian also agrees. Starting his own fashion label from his parents’ lounge room in Adelaide, Paul now participates in fashion shows all over the world with an international client base including the likes of Disney.  He sees the UK as an important market for future expansion of his business.

“The UK is so important to us. When I was a design student in Milan, I was lucky enough to win a competition to go to London for London Fashion week and Paolo Sebastian has been a part of it ever since. London is unique because it has that connection with Australia, but it is an international fashion hub because of their tradition of hand craftsmanship. The UK is so important for the future of our business,” Paul said.

Even Claymore Wines from the Clare Valley in South Australia secured their future by teaming up with Liverpool, the legendary British football club and six times Champion of Europe. Carissa Major, Claymore Wines Marketing Director explained to me at Anfield (Liverpool’s famous home ground) that: “The UK has been an incredible springboard to continental Europe. And whilst we do have ‘lost in translation’ moments, I have an agent who understands the Australian vernacular, so we have less of those ‘lost in translation’ moments.”

Carissa travelled with Liverpool great Robbie Fowler, who is a Claymore Wines ambassador, to their vineyards in the Clare Valley to give him the same ‘pride of place’ that she feels for her region and her wine that he feels for his club and his city. “You’ve got to take your passion with you wherever you go so people know you are authentic, and your passion comes from the heart,” she explained.

But there was concern about Brexit in Cambridge, the ancient University town and home of several science research ‘clusters’. Tony Jones from One Nucleus saw Cambridge as “an exemplary of how a cluster works by bringing scientists, entrepreneurs and customers together in a place where people want to be.” He saw the Cambridge Bioscience cluster, of which One Nucleus belongs, of being “in the Premier League and a brand that brings in investors from Japan, the European Union and Australia, particularly  from South Australia, as it can attract players across borders like a Premier League club.”

Naturally, a cluster relies on cross border collaboration amongst researchers so Brexit needs to enable this collaboration to continue so the cluster “can remain in the Premier League,” he said.

But there is optimism too

Former Australian Foreign Minister and Australian High Commissioner to the UK, Alexander Downer told me in London that:

“Brexit will free Britain up and allow it to do bilateral trade deals with partners around the world instead of having to negotiate with 28 other countries via the EU. The UK is the second largest market for Australian investment, as Australian investors appreciate the same laws, same regulations, and similar but not the same culture they do business in Australia. 80 per cent of the British economy is in services and that’s where its future lies. And likewise, Australia to UK investors is seen as an open economy, relatively free and with sound growth prospects and good connections to third markets like China.”

David McCredie of the Australian British Chamber of Commerce (ABCC) has seen no drop in interest between Australia and the UK due to Brexit. “The UK is still the fifth largest economy in the world. London is a global financial capital and where international business still goes. And the UK is the second largest source of investment in Australia after the US. So, the UK-Australia relationship is still very important as to how we do business with the world. And when the UK returns to its broader remit of doing trade everywhere with the world – ‘returning to the old pink bits on the map’ and not having its trade policy determined with 27 other countries in Brussels – then it will be important that Australia gets amongst it,” he said.

And it’s not just existing exporters that are seeking out the UK as a market (as well as the EU). Many exporters looking to new markets think the same way. According to DHL Exporter, 17 per cent of Australian exporters want to expand to the EU if they haven’t done so already, with the UK also in the running at 11 per cent just behind South East Asia on 15 per cent and Indonesia and Japan on 11 per cent.

In fact, Australian exporters would also like a trade agreement with the UK as it would with the EU. Especially as Australia may have been “let off the hook” in Asia as UK focused on Brussels. That’s about to change. From my interviews with Australian exporters, it was clear that even beyond Brexit, Australian companies are happy to remain in the UK as an economy in its own right, regardless of what happened across the English Channel.

Tips if you are looking to doing business in the UK

Despite all the noise about Brexit, the UK is a significant economy and there are still many Australian companies – both large and small – having continued success here in the Old Dart.

Here are some tips: