Desert art with heart from the red centre of Alice Springs

In Alice Springs, a UNSW researcher is working with town camp Indigenous artists to design new ways to share and preserve family histories.

From her base in Mparntwe, Alice Springs, Dr Lisa Stefanoff is helping bring to life the artworks of the late Indigenous artist Kunmanara Nampitjinpa M. Boko.

Dr Stefanoff is working with her family, and colleagues from UNSW Art & Design and USC, using a variety of new media technologies to document, animate and share the stories in Kunmanara’s paintings. 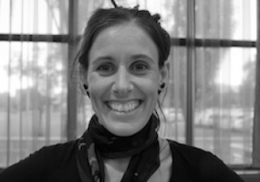 The focus is on finding ways to archive the new digital research materials so they remain accessible to her family and can be re-mixed into immersive installations in different contexts, from an abandoned mission, to local and city galleries.

But it will not be without a shadow of sorrow as she completes the final phase of the project, titled Emerging Documentary Desert Painting and Interactive New Media, which began with a Discovery Early Career Researcher Award DECRA grant in 2014. Sadly, her close friend Kunmanara passed away unexpectedly midway through their collaboration, at the end of 2017.

“She was a very compelling artist known for her upbeat, lively, often very humorous, narrative paintings that depicted scenes from her past and present life,” says Dr Stefanoff, an ARC Research Fellow with UNSW's National Institute for Experimental Arts.

“From [her] early life out bush, to growing into adulthood and raising her family on a government reserve run by the Lutheran mission, to becoming a town camp resident, her life spanned many major late 20th century-early 21st century transformations to central Australian Aboriginal people’s lives.

“She shared personal stories of being a young woman, a mother and grandmother across these times.

“Kunmanara was involved in many pivotal political events and cultural movements including Land Rights and the growth of the remote art industry. Her love for family, her deep faith and her wide-ranging friendships kept her spirit strong through many struggles.

“Whether it was a protest march, second-hand shopping or a trip to Darwin for an art fair, Kunmanara diarised her life through really bright and beautiful works. They invite viewers in close to listen to their intimate stories.

“She painted around 400 works across her ten-year career, a remarkable set of windows into her world.”

Since Kunmanara’s death, her daughter Rosalyn Boko has led her family’s close collaboration with Dr Stefanoff to showcase the stories documented in her oeuvre.

“It has become an experimental art investigation of the possibilities of memorialisation for desert artist-storytellers: a family’s history moving between paintings, place-based story recordings, 2D and 3D animation, augmented reality, felt memory and public sharing.”

Kunmanara would also often paint text onto canvases, Dr Stefanoff says. “Those small written stories provide a sense of dialogue within the field of the paintings. The images are like storyboards or frames of a graphic novel.

“Kunmanara’s stories were historical, biographical and cultural. They are portals into an often invisible, inaudible or misunderstood world in the heart of Australia – glimpses of a world of knowledge, vitality and profound survival against many odds.

“As art commodities, their destiny was to light up domestic and gallery walls far away from her surviving family,” she says.

“Before she passed away, Kunmanara and I worked together to begin to animate some of these works, to bring voice, action and sounded senses of place into the frame. Now her family want to keep her history alive and its stories safely archived for generations to come.”

Dr Stefanoff has worked with central Australian art and media organisations as a creative producer, curator and ethnographer since 2002. She describes what she does as “co-designing critical ‘artful anthropology’ research as a ground-up collaborative mode of cultural survival expression”.

“I aim to create opportunities for Indigenous people to set and direct project priorities in creative research spaces that they might not otherwise access. I work alongside desert colleagues and friends as an ally,” she says.

Dr Stefanoff has undertaken this project since 2014 part-time while raising her two young children. In late March, the work went into “lockdown slowdown” for a couple of months but thankfully, Alice Springs and remote desert communities have successfully kept COVID-19 at bay, she says.

Aboriginal health organisations Congress, NACCHO and AMSANT, and the Central Land Council knew the spread of the virus in the region would be ‘catastrophic’ due to extensive chronic health problems and disproportionately high rates of co-morbidities.

Many of the Territory’s Aboriginal-controlled health, communication and community organisations established during the 1970s era “of strong Aboriginal rights movements”, have done an “amazing job” in protecting vulnerable local communities, Dr Stefanoff says.

“In many ways they led the regional response. The broader community responded responsibly and carefully.

“Aboriginal organisations negotiated with the government to secure the NT borders, [and] helped people return to their more remote communities, safely away from riskier urban centres. They’ve also worked together to put rapid-testing into communities, and have brought much needed national attention to the serious issue of remote food security and affordability,” she says.

Dr Stefanoff is part of a local volunteer network called Mutual Aid Alice Springs established to assist all people in isolation during COVID-19.

“This special town has a high concentration of people involved in social justice activism, so the group formed naturally through social media when we all retreated from face-to-face life,” she says.

Dr Stefanoff co-curated the UNSW Galleries exhibition We are in Wonder LAND (2015) which showcased the works of more than 30 artists from 18 remote desert community art, media and educational organisations. She was also Creative Producer of the acclaimed UNSW fEEL/Uti Kuliuntjaku NPY Women’s Council Virtual Reality film ‘Waumananyi’, commissioned for the 2019 Big Anxiety Festival.