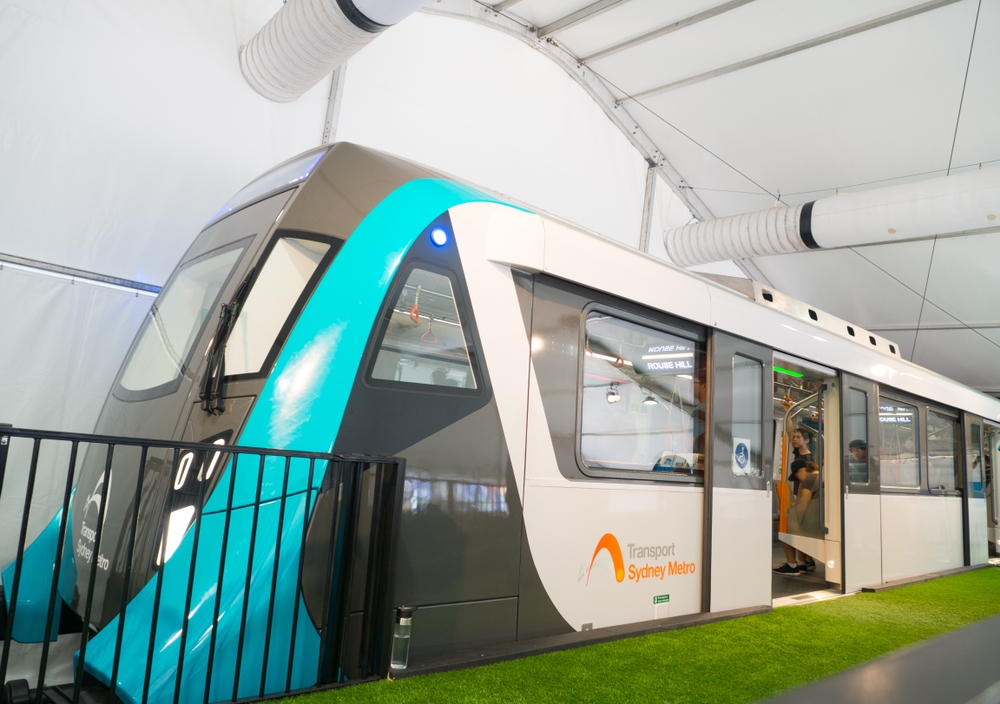 The expansion of the Metro network in Sydney makes sense and is more financially achievable if integrated with planned development areas early, a UNSW Sydney Built Environment researcher says.

The lecturer in landscape architecture and urban design, Dr Mike Harris, says the NSW government has been slow to commit to recouping profits from developer gains.

“A firm, transparent and accountable model clearly in the public’s interest should be developed to fund a needed but costly Metro network extension,” he says.

“When you consider there is 230 hectares of government-owned rezoned land within three kilometres of the city centre currently being developed or in the planning stages, that is already very high value land, one wonders what collective benefit this could and should bring to the city,” he says.

“However our government tends to sell large chunks of land to big single developers early at ‘wholesale’ prices, as at Barangaroo, rather than smaller lots to a greater number of developers after planning is complete and trunk infrastructure delivered at ‘retail’ price as done in Copenhagen.”

He says an example of this funding model can be seen in recent Metro extensions in New York and Copenhagen.

“In New York, finance for a $2.4bn Metro extension will be recouped from tax revenue generated by the Hudson Yards rezoning,” he says.

“When land is rezoned to allow 20, 30 storeys rather than 5, the land value increases enormously, and more value increases occur with a new metro. Landowners effectively become millionaires overnight through acts of planning and infrastructure provision by the government. So, a portion of development profits from each project goes into a fund that repays the bonds that financed the Metro.

“They called the Metro ‘self-financed’ – of course it is more complicated than that, and there has been controversy over tax incentives for developers, but it seems like the government will make back more than invested.”

He says Copenhagen has been doing a similar thing for decades, the difference being generating finance from developing government-owned land.

“They started in the 90s and now have three government-owned and run metro lines with 39 stations in operation and more on the way, financed predominately in this way,” he says.

Dr Harris’s research investigates how the aims of government-led large-scale urban projects are reconciled with the delivery of strategic infrastructure, liveability goals and social equity.

He says it’s hard to see Metro lines not continuing to be a major component of the transport network of cities.

“Sometimes Metros are the only feasible option to increase transport capacity in dense cities.”

He says Australia has been slow to catch up to Europe in building Metro lines due to a historical favouring of funding motorways and car-based transport, and the failure to realise benefit in relation to cost.

“Yes, Metros are expensive, but they are the quickest, highest frequency opportunities to carrying capacity, and do not utterly destroy surface areas of cities,” he says.

“Metros do far more for clustering knowledge economies, increasingly the state’s economic engine, than motorways can ever hope to. This needs to be taken into consideration.”

Another Metro benefit is that its entrance can be extremely discreet, with simple lift and escalator structures taking passengers underground.

“So you can have very little surface disruption and also opportunities for public domain improvements, to create new public spaces associated with these entrances.”

Dr Harris says the concept of ‘value capture’ by upzoning areas at new stations in existing urban areas to fund infrastructure has been ramping up in NSW the past few years, but proponents claim the maximum amount captured is 20-30%.

He says Hong Kong’s MTR is often held up as a shining example of value capture, but that city represents a vastly denser context, partly due to the MTR model, than Sydney “so we need to be cognisant of what exactly we are buying into”.

Cities in Europe, such as Copenhagen, Stockholm, Oslo, Hamburg, which also have high construction and wage costs, are building Metro lines at similar or lower densities than Sydney, he says.

“There are a range of finance models in varying governance settings being used globally, but the central idea comes closer to fairness than what has traditionally occurred. That is using a portion of the profits made by private landowners and developers due to government decisions for public benefit.”

The driverless trains operate every four minutes in peak in each direction, with potential capacity of two minutes.

“The Metro West line makes sense as the current east west line is at capacity and there is a great deal of urban renewal underway or planned through that corridor, particularly at Sydney Olympic Park, The Bays Precinct, Camellia, and Parramatta/Westmead,” he says.

The North West line, as well as the North South line which includes a station at the new Western Sydney airport, make sense to service new areas, he says.

“These lines will also be cheaper as sections run through greenfield areas so some will be above ground,” Dr Harris says.

“As we have seen even with light rail, while George Street is no doubt a huge improvement, much of the line has resulted in significant compromises in pedestrian and cycling amenity, and environmental outcomes, although this is a decision that has been made rather than an unavoidable outcome,” he says.

The problem with light rail in Sydney, he adds, is the “heavy-handed” infrastructure approach to streets and an unwillingness to disrupt car traffic.

“The light rail will also reach capacity far before a Metro would.”

“On the cards for so long”

Dr Harris says much of Sydney has a density that should make Metro more viable. He says one area of Sydney that could benefit from a Metro line is the South Eastern Suburbs of Sydney.

“It's been on the cards for so long, since the 1920s, with proposed stations including Charing Cross, Randwick Junction, UNSW, Kingsford, as well as North Bondi and Rose Bay,” he says.

The route would probably attract a political battle, due to the increase in density that train stations tend to attract, particularly under a value capture model, he says. “But density is increasing anyway, and traffic is getting worse.”

The East’s topography of ridges and gullies would almost certainly dictate the route, as with the original plans, at least until the lands are flatter south of Kingsford.

“When it’s above ground, a Metro is cheaper and quicker to build. In the East, that’s not an option. You would have to hug the ridgeline, in a similar way the early roads did, and aboriginal walking trails before that.”

But of course, there needs to be a frank evaluation of fair allocation of investment, need and benefit across the metropolis, he says.

The Bondi Junction to Bondi Beach extension is probably the most feasible next step for the East, he adds, despite the failed proposal for this extension 20 years ago.

“When you’ve got 40,000 people visiting Bondi Beach on a warm day, all via cars and buses on constrained streets, it starts to make a lot of sense.

“So should we be thinking more long term and going down the Metro model with a bit more enthusiasm?”