A real-world trial has tested the effectiveness – and revealed the challenges – of adapting behavioural therapy to the online world. 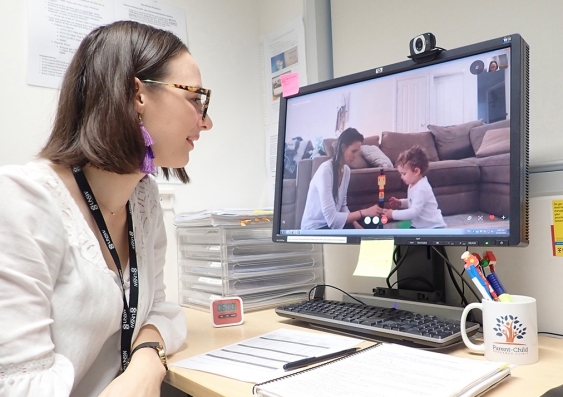 Families in regional and rural NSW have gained virtual parenting support through a live trial led by researchers at UNSW Sydney. The findings were recently published in the journal Behavior Therapy.

The trial was aimed at young children aged between 1.5 and 4 years old with ongoing behavioural problems, such as persistent tantrums, defiance, and aggressive behaviour. They had all been referred to the program by medical professionals or a community parenting service.

“Almost 90 per cent of children who completed treatment rated in the normal range of functioning by the end of the program.”

The therapy took place over an average of 10 parent-child play sessions. The therapist – who was watching via a live video call – paid close attention to the child’s disruptive behaviours and the parent’s response. They then coached the parent in how to manage different negative behaviours as they occurred in real time via a wireless headset worn by the parent.

This is the first time online parent management training has been tested in a real-world setting – that is, delivered by community practitioners to families in regional and rural areas. The intervention was run in partnership with parenting service Karitane.

The findings couldn’t have come at a better time, with COVID-19 prompting many in-person psychological therapies to move online.

“We hope this effectiveness study will be encouraging to practitioners and families at a time where anxieties and uncertainties are high,” says Dr Fleming.

The UNSW Parent-Child Research Clinic, which Dr Fleming works at, is currently transitioning its services online to comply with physical distancing measures. 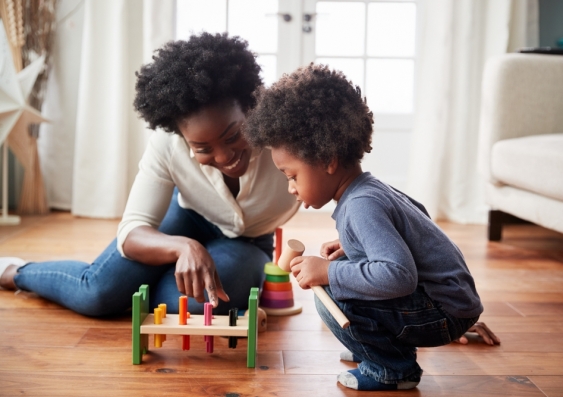 The parent was coached in how to manage different negative behaviours as they occurred in real time via a wireless headset. Image: Shutterstock.

Challenges in the Australian setting

The trial gave the researchers an opportunity to assess future challenges Australians face in receiving mental health services. Access to funding is a key barrier.

“Medicare only offers 10 subsidised sessions per calendar year,” says Dr Fleming. “Many psychological interventions, including the intensive one we delivered, exceed this number.

“With limited subsidised funding, many people might stop intervention prematurely.”

The availability of online mental health services is another issue: subsidised Medicare funding for online psychological programs are usually only available to residents in certain areas of regional and rural NSW. Due to COVID-19, these guidelines have been expanded, with Medicare-subsidised services now available to those residing in metropolitan areas as well.

“While this is a promising step forward, it’s currently unclear whether the improvement to the accessibility of online mental health services will last beyond the pandemic. This is unfortunate, because treating problematic behaviours in the place where they actually happen – the home – is likely to be more powerful than treating them in artificial clinic settings,” says Dr Fleming.

The research team also had concerns about the whether the Australian internet could support the early-intervention program.

To curb any connectivity problems before they happened, study participants were given a wireless internet dongle where they didn’t have stable home internet.

Fortunately, this approach meant that only one family needed to withdraw due to poor internet. However, Dr Fleming and her team have concerns for future programs – particularly with more Australians working from home than ever.

“The question of the Australian internet remains the black box of online psychological intervention for Australia,” she says.

Dr Fleming notes that as a preliminary study, the research has its limitations – most importantly a small sample size (only 27 mothers and their children participated, 10 of which didn’t complete the study). She hopes to expand the study to build on the initial findings.

“Next, we plan to expand the study to include a bigger sample size and compare the therapy to other interventions,” Dr Fleming says.

“We also hope to follow-up with families involved in this trial to see whether the improvements they made were sustained over time.”

Continued research and improved access to online services is particularly important in Australia, given the size of the country and its population spread.

“While families in metropolitan areas are currently facing barriers in accessing face-to-face mental health services, geographical barriers make this a constant challenge for those in regional and rural NSW,” says Dr Fleming.

“We hope our research lays the groundwork for integrating online parent management training into community services-as-usual in the long term."