Professor Kourosh Kalantar-Zadeh has been awarded the prestigious 2020 Robert Boyle Prize for Analytical Science by the Royal Society of Chemistry. 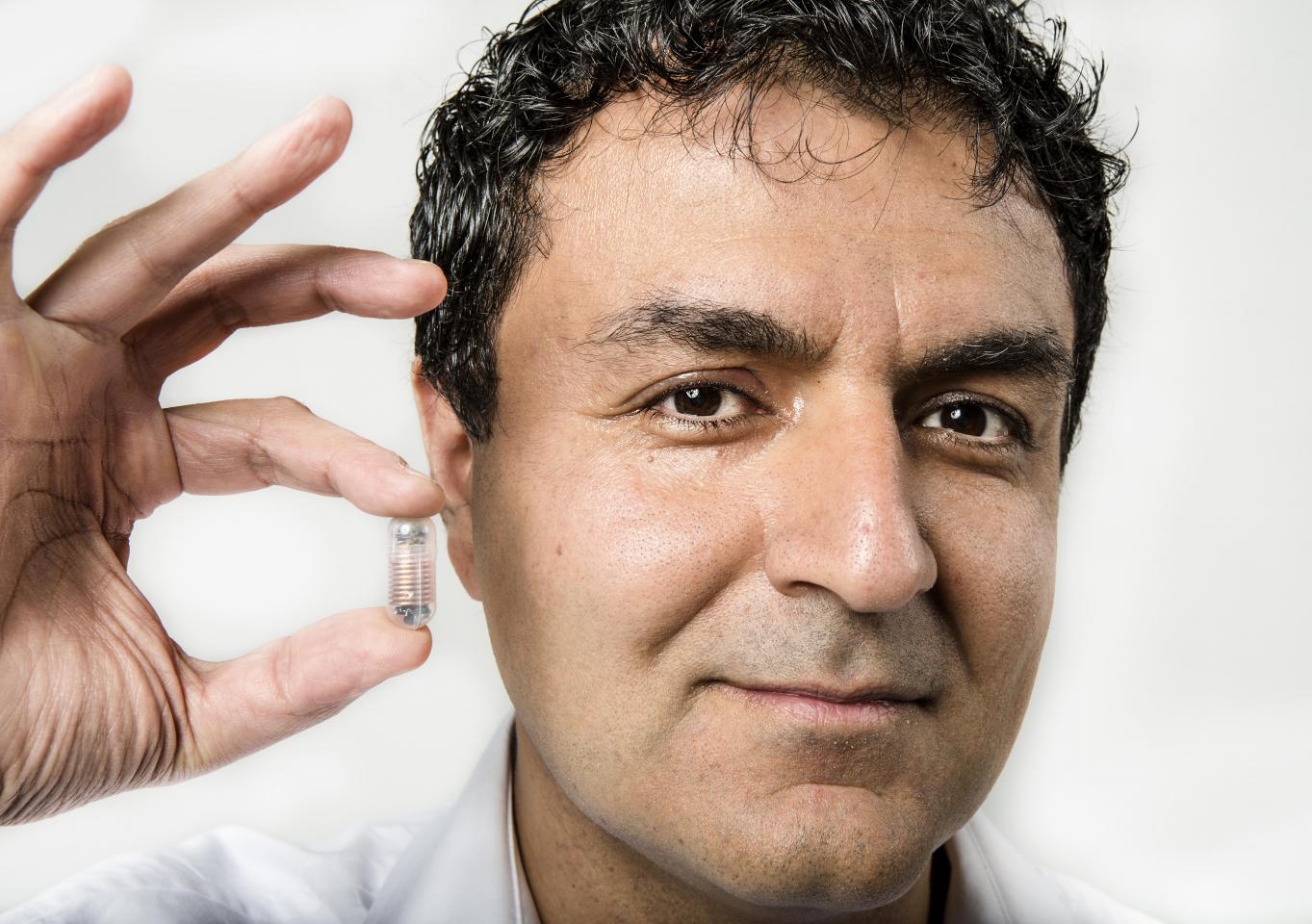 Professor Kourosh Kalantar-Zadeh, Professor of Chemical Engineering at UNSW Sydney, has today been awarded the prestigious 2020 Robert Boyle Prize for Analytical Science by the Royal Society of Chemistry (RSC).

The Robert Boyle Prize is awarded biennially for outstanding contributions to analytical science, with the winner receiving £5000, a medal and a certificate and an invitation to undertake a UK lecture tour.

Professor Kalantar-Zadeh has been recognised for significant research outcomes that have frequently been first-in-world and have set the international agenda in areas such as two-dimensional (2D) materials, liquid metals and microfluidics, gas sensors for pollutants, point-of-care diagnostic systems and ingestible sensors.

His research team has developed a gas capsule that offers an accurate and safe tool for monitoring the effects of an individual’s diet and has the potential to be used as a diagnostic tool for the gut.

“I feel extremely happy to be recognised by the Royal Society of Chemistry,” Prof. Kalantar-Zadeh said. “This prize is an extraordinary honour and it’s humbling to see my name among the best in the history of analytical science.”

Professor Kalantar-Zadeh joined UNSW in 2018 under its Strategic Hires and Retention Pathways (SHARP) initiative, which is designed to attract world-leading researchers in pursuit of the University's vision to be among the leading research-intensive universities worldwide.

Professor Kalantar-Zadeh is a 2018 Australian Research Centre (ARC) Laureate Fellow and Chief Investigator of the ARC Centre of Excellence FLEET. He is also an Honorary Professor of Electronic Engineering at RMIT.

A prolific researcher, Professor Kalantar-Zadeh has authored more than 425 research articles and reviews and was named among the top 1% Highly Cited Researchers internationally by Clarivate Analytics in both 2018 and 2019. In 2019 he was awarded the Walter Burfitt Prize from the Royal Society of NSW.

President and Vice-Chancellor at UNSW Sydney, Professor Ian Jacobs congratulated Professor Kalantar-Zadeh on his Prize on behalf of the University.

“Being awarded the Robert Boyle Prize by the Royal Society of Chemistry is a remarkable achievement,” Prof. Jacobs said. “We are very proud of our world-class researchers at UNSW and I congratulate Professor Kalantar-Zadeh on this well-deserved international recognition of his ground-breaking research.”

Dr Helen Pain, acting chief executive of the Royal Society of Chemistry said, “We live in an era of tremendous global challenges, with the need for science recognised now more so than ever – so it is important to recognise those behind the scenes who are making significant contributions towards improving the world we live in. It is our honour and privilege to do that with these awards, which recognise exceptional scientific achievement.

“The global chemical sciences community is one that covers many different specialisms, from health and climate change to product development, sustainable transport, and everything in between. In recognising the work of Professor Kalantar-Zadeh we are also recognising the important contribution this incredible network of scientists makes to improving our lives every day.”

The Prize is named after Robert Boyle, who is widely regarded as being the first modern chemist and a pioneer of the famous modern scientific method known as Boyles Law, which relates pressure and temperature.

Recipients of the Prize are chosen by the RSC Analytical Division Awards Committee based on criteria including originality of research; impact of research; quality of publications and/or patents and/or software; innovation; professional standing; collaborations and teamwork; and other indicators of esteem indicated by nominee or nominator.